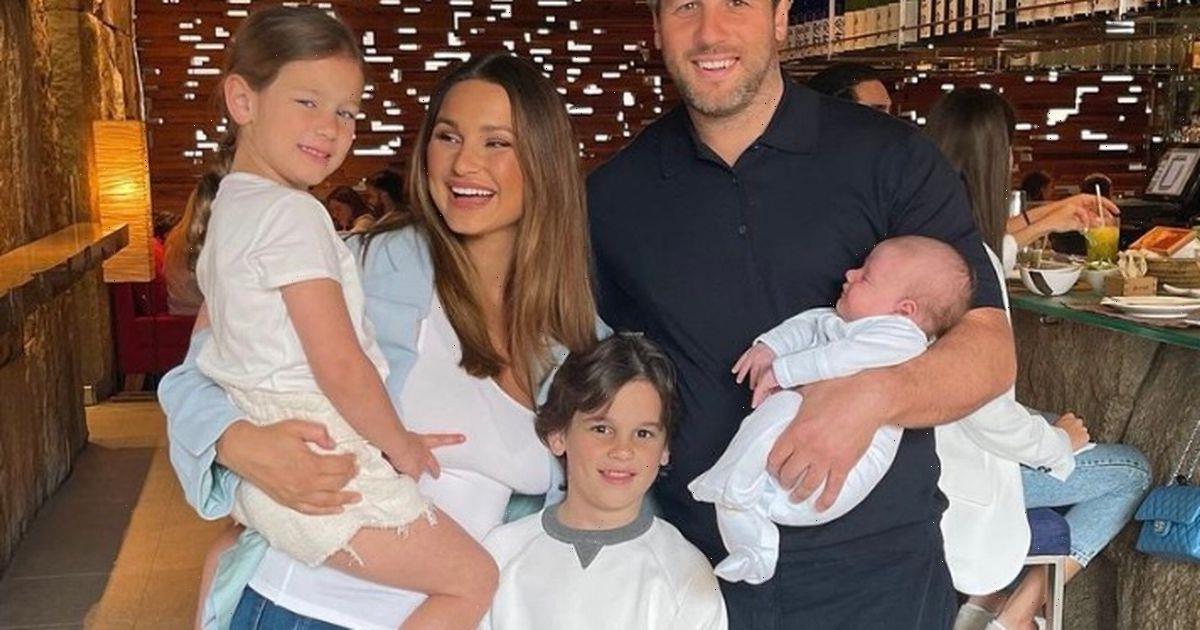 Sam Faiers has shared an update on her new life as a mum of three after welcoming baby Edward in May.

The former TOWIE star, 31, is mum to her newborn as well as Paul Junior, six, and Rose, four, with her long term partner Paul Knightley, with the family recently heading on their first holiday to Mallorca together as a family of five.

Sharing an adorable clip of Edward smiling and waving his arms and legs around, Sam told fans she’s “getting into the swing of things” having another little one around the house, but admits that there were times when she felt “helpless” in the first few weeks after Edward’s birth.

Updating her 2.5million followers, Sam wrote: “Hey guys, It’s been a little while since I’ve done a baby catch up and being a family of 5.

“Well firstly I’d like to say I’m finally getting into the swing of things now. honestly those first few weeks I thought wow this is hard.. but we made it. Edward is such a happy little baby, he’s really settled down now since being windy before, he’s much more content.

“The wind used to make him so upset bless him, the days felt so long and at times you feel pretty helpless.

“For anyone who has a windy baby I promise it gets better, it feels like a distant memory now.

“It’s summer holidays and having them all at home is lovely (most of the time) but we still have a long way to go, it’s tough trying to fill the weeks to keep it fun for them.

She concluded: “Edwards so alert and feels more advanced than the other two were at his age – must be having a big brother and sister around all the time playing with him. Lots of love x."

Shortly before the family headed to Mallorca on their first holiday, Sam spoke to OK! about the “mum guilt” she feels about her two eldest children.

She said: “It’s been hard emotionally. I’ve been really teary since I’ve had Edward because I don’t want the other two to feel left out. When my hormones are everywhere, I just cry.

"It’s like, I’m so in love, I’m in this little bubble, but then I’m hormonal and tired… Emotionally, having a third has been my most teary. Then physically, the logistics and the juggling – it’s so full-on.

“Edward’s not a long sleeper in the daytime," Sam continued. "It’s 20 minute pockets here and there. I don’t get a minute. He has definitely been my neediest newborn.

“He’s a proper mummy’s boy and is only happy in my arms at the moment, but I secretly love it because this newborn stage goes so quickly.”