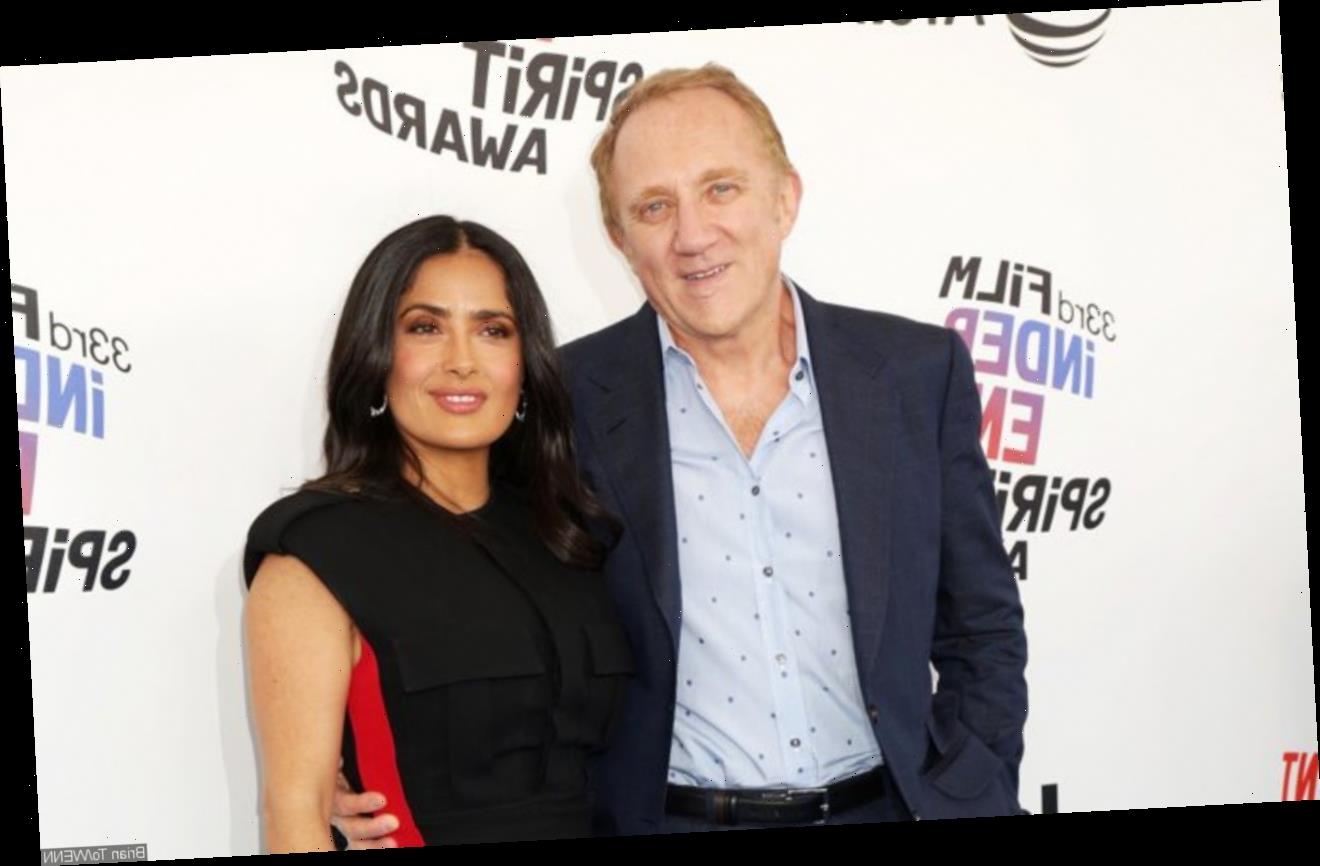 Fellow actor Dax Shepard admits he was at first also skeptical about the reason why the ‘Frida’ star wed French billionaire Francois-Henri Pinault, until he learned how ‘charming’ the businessman is.

AceShowbiz –Salma Hayek has reacted to claims that suggested she married her French billionaire husband for his “money.” Insisting that she did not wed Francois-Henri Pinault because of his wealth, the Frida Kahio depicter in “Frida” gushed about the “magic” she found in her spouse.

The 54-year-old actress showered her husband with compliments when appearing in the Monday, February 15 episode of Dax Shepard‘s “Armchair Expert” podcast. “You know the thing is that in pictures you cannot begin to guess the magic in him,” she first told Dax.

“He’s made me become a much better person, and grow in such a good, healthy way,” the Oscar nominee continued raving. “And you know when I married him, everybody said, ‘Oh, it’s an arranged marriage, she married him for the money.’ I’m like, ‘yeah, whatever, b***h.’ Think what you want: 15 years together, and we are strong in love.”

Salma shared her two cents after Dax admitted during the interview that he at first was also skeptical about the reason why she married Francois-Henri. “I was like, oh, OK, she married a rich guy, maybe that’s why she married him, I don’t know,” he recalled. “I meet him and I’m like, this guy is so foxy.”

“Oh my God, the confidence, his eyes, he’s so good-looking and charming and I was like, oh, this motherf****r could’ve been broke. He’s a bombshell,” the husband of Kristen Bell went on sharing his thoughts. “What a f*****g nice, fun, generous, kind, warm guy – but beyond that, he’s super-sexy too.”

In the discussion, Salma confessed that she was “offended” by the gold-digging accusations. She additionally stated that while some people marry for money, such claims are such a “discrimination” for rich men because it sounds like they are unworthy of real love. “Immediately you think because somebody’s rich, [they] might not be a good person,” she said.

Salma further noted that her husband is not “controlling” and is not a “workaholic” who only thinks about fortune. “My guy finishes work, no matter how hard it was – and trust me he has a lot of responsibilities – [with a] big smile on his face, happy to be home, happy to see me and the kids, make us laugh,” she spilled.

“When we go on vacation he completely shuts off, he’s in the moment,” she then added. “And so it’s not just an insult to me – I’m not the one being judged only. ‘Oh, she’s an actor, she’s going for the money.’ They cannot begin to imagine what a joy that human being is.”