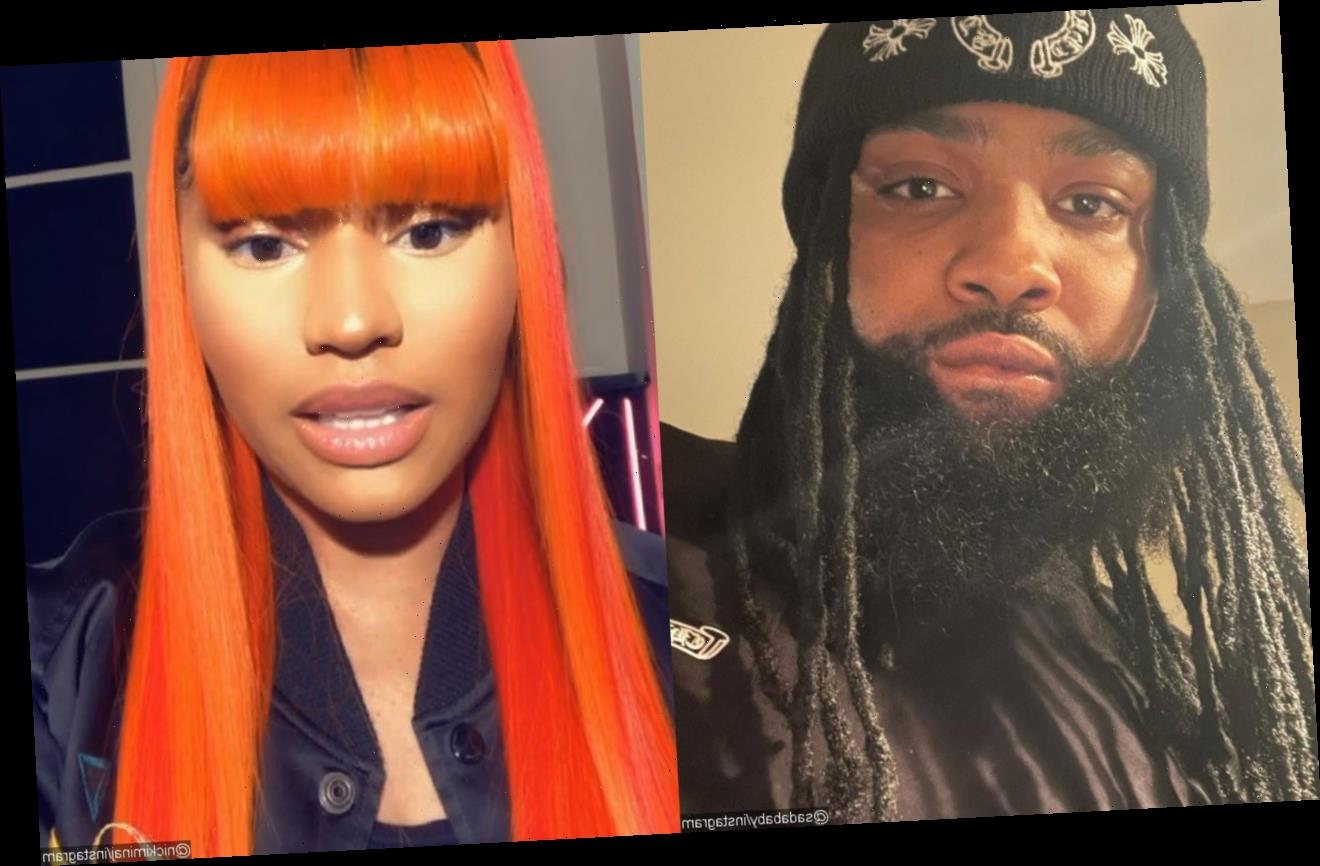 During his appearance on ‘No Jumper’, the ‘Whole Lotta Choppas’ rapper recalls being canceled after some of his old problematic tweets resurfaced online back in October 2020.

AceShowbiz –Sada Baby talked about being canceled by fans after Nicki Minaj‘s fans shared some of his years-old tweets which were allegedly not only colorist but also homophobic. During his appearance on “No Jumper” the “Whole Lotta Choppas” rapper discussed the matter as he likened Nicki’s fanbase to a “cult.”

“I had to apologize and all that type of s**t,” he recalled. “The crazy thing is, what I said is s**t that I probably said, like, five times earlier that week. I think there was so much going on and her fanbase is like a cult.” Sada added that Nicki’s fans, who are also known as the Barbz, are “like the BeeHive,” referring to Beyonce Knowles‘ fans.

“They went and found old a** tweets. I’m like, damn, I said that?” he continued. When he was told that he should have deteled them, he responded, “I don’t use my Twitter. The label be on my Twitter, so like–but the s**t that they found, at the time, I’m like, yeah. But I was young though… I think at one point in time on Twitter that was the thing to do at like, four o’clock in the morning. It’s like competition to say the worst s**t.”

Back in October 2020, Sada landed in hot water later after some of his old tweets resurfaced online. It was believed that the Barbz digged his past after he refused to promote “Whole Lotta Choppas” remix that featured the “Anaconda” raptress. In response to a Nicki fan asking him to promote the song, he wrote, “suck my d**k f***ot a** fan page.”

In one of his old problematic tweets, Sada tweeted about his desire to commit rape. Some others featured the Detroit rapper using homophobic slurs and wishing death on Beyonce while she was pregnant.

After the criticism, Sada appeared to be unapologetic as he wrote on Instagram Story, “Y’all kan find every and any old tweet in the world from me. I don’t kare. I’m not even logged into my twitter and haven’t been for months.”

He doubled down on it in a Twitter post in which he claimed that he wasn’t the one running his Twitter account. “FYI @asylumrecords runs my Twitter so y’all tweetin them n not me I don’t have the twitter app on my phone. You gotta understand everybody ain’t removed from who they is. I’m f**ked up in the head kuz that’s how I was raised. God n my grandmas the only judges I care for,” the 27-year-old said.