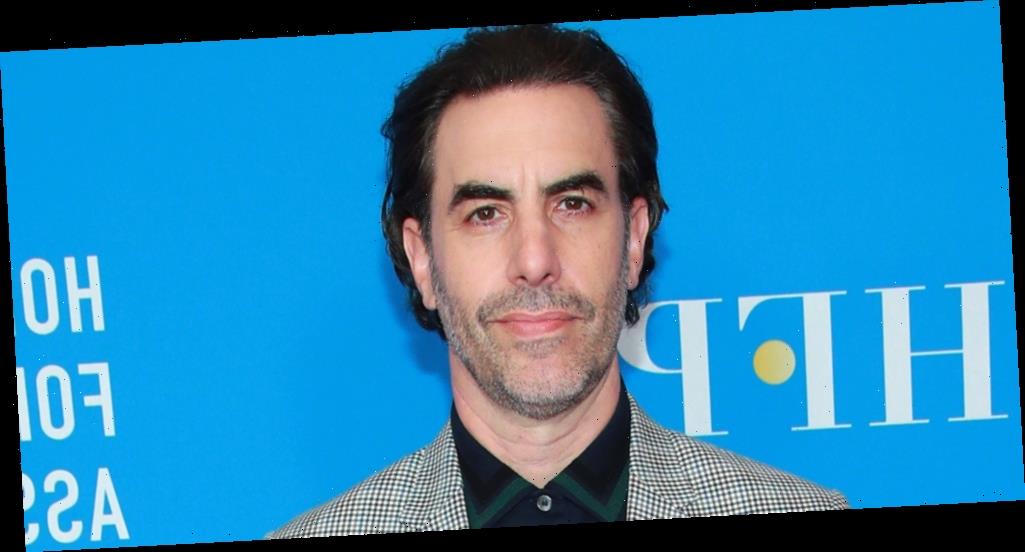 Sacha Baron Cohen has opened up about his experience attending a far-right rally while filming for Borat 2.

In an essay for Time magazine, the 48-year-old actor and comedian got candid about what it was like to attend such an event.

“While filming my latest Borat film, I showed up as a right-wing singer at a gun-rights rally in Washington State,” he wrote for the magazine. “When organizers finally stormed the stage, I rushed to a nearby get-away vehicle. An angry crowd blocked our way and started pounding on the vehicle with their fists.”

Sacha revealed that while he was “wearing a bulletproof vest” underneath his overalls for his protection, he felt that wasn’t enough to protect him.

“It felt inadequate with some people outside toting semiautomatic weapons,” he admitted. “When someone ripped open the door to drag me out, I used my entire body weight to pull the door back shut until our vehicle maneuvered free.”

“I was fortunate to make it out in one piece. The next few weeks will determine whether America will be so lucky,” Sacha added.

Sacha had been in the news all this summer with sightings at radical events and pulling pranks on controversial politicians.

Of course, it was all for the film, which will be available for streaming on Amazon Prime Video starting on October 23. Watch the trailer here…