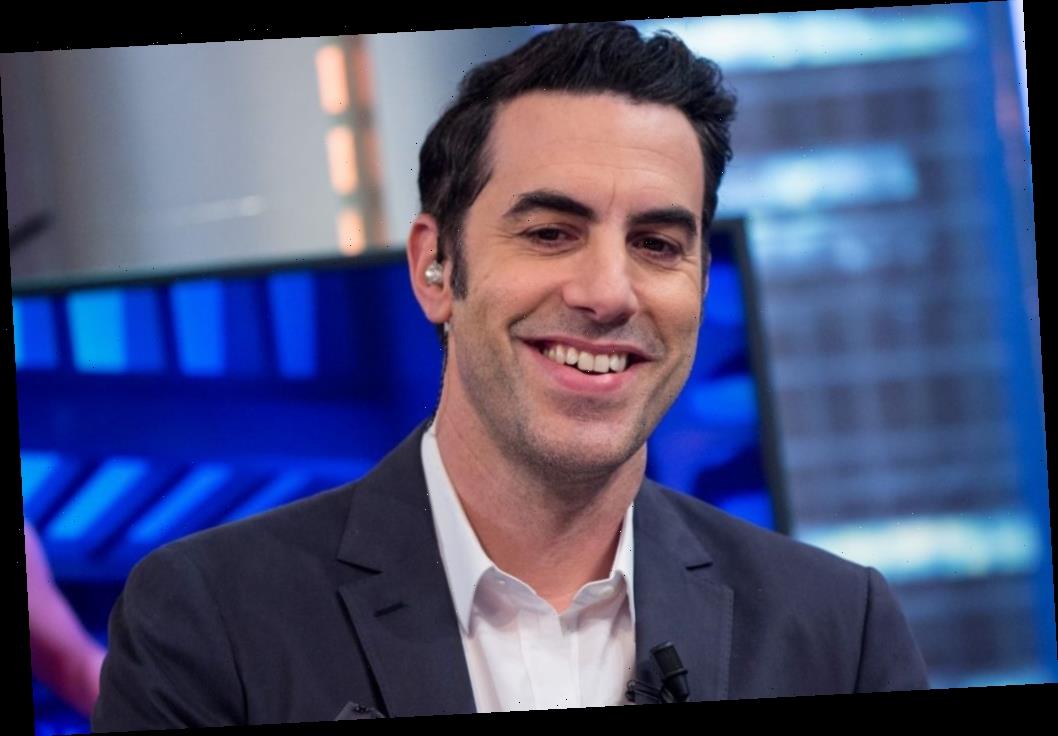 You likely know Sacha Noam Baron Cohen by his many avatars, including well-known comedic characters like Ali G and the infamous Borat Sagdiyev. And while his blockbuster movies have grossed more than $2 trillion dollars worldwide, Cohen’s personal life and career is as unconventional as the roles he plays. A peek behind the curtain reveals some surprising revelations about the Borat actor’s career inspiration (hint: it involves a clown!) and the work process he employs to bring his vision to the silver screen.

Who is Sacha Baron Cohen?

Cohen is one of many foreign actors that people assume is American, but The Independent points out that he actually hails from Hammersmith, London. He grew up in England, and spent most of his early life there, including attending the prestigious Christ’s College in Cambridge.

The New York Times reports Cohen’s first television role was a cello player in the show Fanfare for Young Musicians. Since then, his body of work has grown to numerous comedy shows and blockbuster Hollywood movies.

Sacha Baron Cohen is renowned for his controversial body of work

Some of Cohen’s most well-known movies and TV shows include Ali G Indahouse, Borat, Brüno, and Borat Subsequent Moviefilm. He’s also had starring roles in movies like Madagascar, Alice Through the Looking Glass, Anchorman 2, and Sweeney Todd.

Because Cohen embraces roles that critique social issues, such as far-right politics, he’s no stranger to controversy. In his most recent film Borat Subsequent Moviefilm, some of the scenes were so extreme that many viewers doubted they were real. But they were real enough that the actor had to wear a bulletproof vest.

Despite The New York Times reporting that his films being banned in numerous countries, Cohen’s career has been very successful. But how he got his career inspiration may shock his fans.

He credits his success to a clown

Interestingly enough, Gaulier wasn’t a fan of Cohen at first. “He was so boring,” explained Gaulier. “But being boring is normal. Sometimes you have to be boring before you can discover something new.”

Despite Gaulier’s initial critique, Cohen went on to perform in Gaulier’s workshops after making it big in Hollywood. Cohen also told The Guardian that Gaulier “is the greatest living teacher of clown and modern theatre, and the funniest man I’ve ever met.”

That’s not the only surprising fact about Cohen’s journey in film and television: Decider reports that Baron Cohen’s films are so controversial that he’s been threatened with numerous lawsuits, including a legal threat from the country of Kazakhstan. He is so committed to playing a role, NPR says that his portrayal of a Middle Eastern character alarmed people enough to get the FBI involved.

What’s more, Cohen loves to stay in character, so much so that a Rolling Stone article claimed the magazine had landed the only interview with Baron Cohen where he was actually himself and not playing a character.

However you might feel about Cohen’s unconventional career and controversial characters, audiences can’t get enough of his comedy. The first Borat movie grossed $26.4 million in its opening weekend, reports Entertainment Weekly, and Mediapost found that the sequel spent nearly just as much on marketing alone.