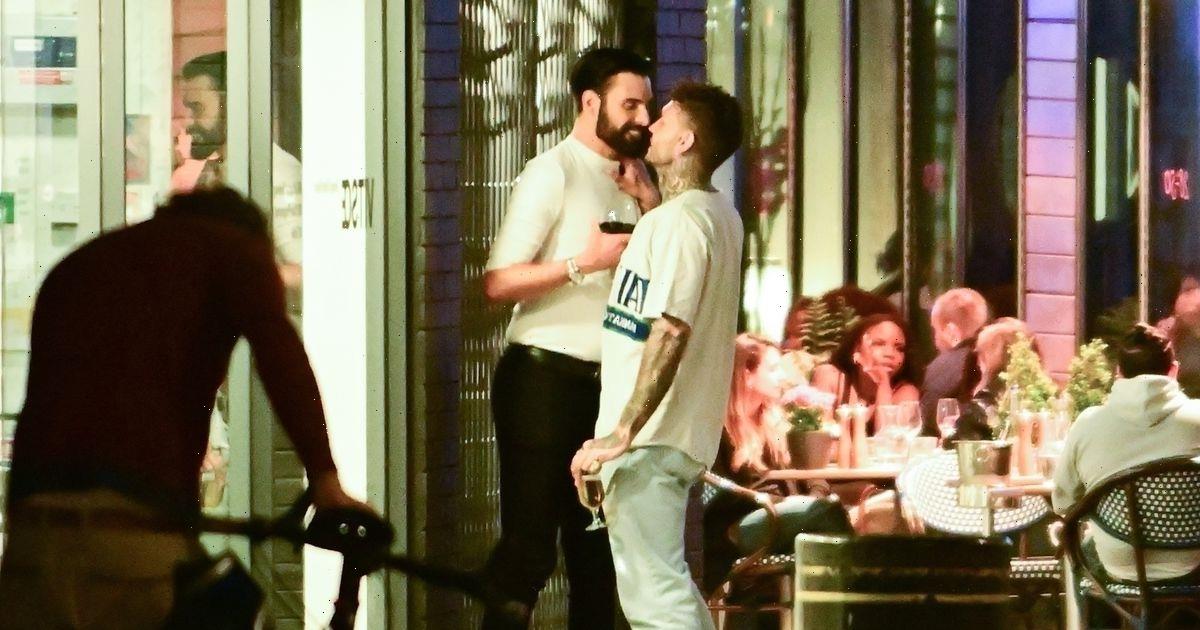 Rylan Clark and Declan Doyle are allegedly trying to keep their new romance on the "down low" after the pair were spotted kissing on a night out on Saturday (2 July).

The pictures were taken in Marylebone, London and the two reality stars could be seen enjoying a moment together as they kissed whilst holding drinks.

A source told The Sun that the couple were trying to keep their relationship out the public eye following Rylan's split from ex-husband Dan Neal.

They said: "Rylan was seen enjoying Declan’s company at Roka in Canary Wharf at the end of April. They seemed really close at the time and were seen flirting quite heavily.

"It was quite obviously quite a crowded restaurant but luckily most people don’t recognise Rylan. He’s been really keen to keep his dating life on the down low since his split."

Following the publishing of the pictures, a representative of Declan's has denied they are in a relationship and although the influencer from Essex was "enjoying his time with Rylan" he is "currently single and keeping his options open".

In a statement, the spokesperson said: "Declan is currently single and keeping his options open. He is enjoying his time with Rylan and allowing things to progress naturally."

But reports from sources close to the couple had previously indicated that the pair had been dating since April following the breakdown of Declan's relationship with Geordie Shore's Nathan Henry.

Declan and Nathan split after the couple realised they were "no longer compatible" during a trip to Mexico.

In a separate interview with The Sun, Declan hinted that he had now found "the one".

He told the newspaper he was "more ready than ever" to be with his "forever after person".

"I look for someone who is on my level, down to earth, mature and who shares the same values as me," he said, before adding: "Also someone smoking hot is always a plus."

Rylan's split from Dan was confirmed in June 2021 and has been single since. The couple had been together for six years when friends at the time told the Mirror that their marriage was "unsalvageable" following weeks of them trying to "work through their problems".

However, despite his new found romance with Declan things could easily come to a grinding halt if the Doyle family take a disliking the former Big Brother contestant.

Declan told The Sun that if his family says no then that would be an end to his relationship.

"I listen to my family and friends as I think they know what is best for me and they’re good judges of character," he said. "I’ve been in a really bad relationship before and I didn’t listen to my friends or family and that turned out awful!

"I would never do that again! If my family says no it’s deffo a NO from me."