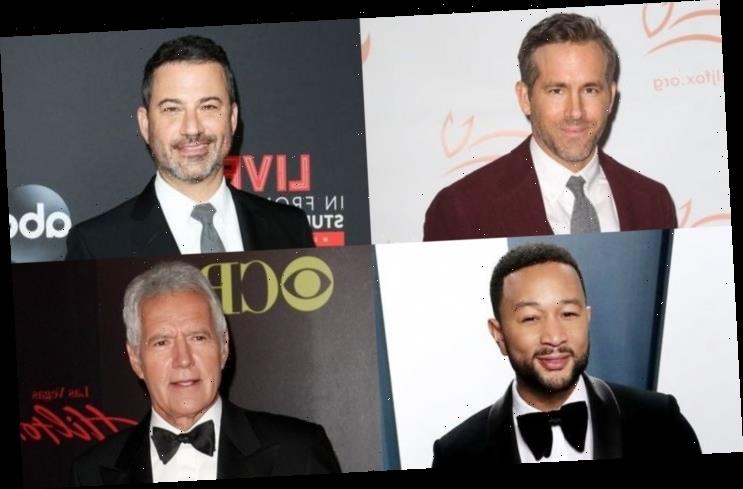 Condolences and prayers are pouring in from fans and friends such as Ellen DeGeneres, George Takei, and Josh Gad in the wake of the beloved TV game show host’s passing.

The beloved “Jeopardy!” host passed away following a battle with cancer, and celebrity friends and fans were quick to mourn his loss on social media.

Reynolds was among the first to share his memories of Trebek, revealing he makes a guest appearance in his upcoming action comedy “Free Guy“.

“Alex Trebek was kind enough to film a cameo for our film Free Guy last year despite his battle,” the movie star wrote on Twitter. “He was gracious and funny. In addition to being curious, stalwart, generous, reassuring and of course, Canadian. We love you, Alex. And always will.”

“Star Trek” legend George Takei was also among those offering up early tributes, “Alex Trebek, you brought us so much knowledge, both important and fun, through the years. Your final battle with cancer was heroic, and we are heartbroken that it has taken you from us. I’ll take ‘Great TV Personas of Our Time’ for $800. The heavens have all the answers now.”

“The #Jeopardy stage is empty now and the television world will not be the same without Alex Trebek,” tweeted Oscar winner Marlee Matlin, as crooner Tony Bennett added, “(Wife) Susan and I watch Jeopardy every night and Alex Trebek was like a member of the family after so many years. 7 PM in NYC won’t be the same without him… he will be missed.”

Comedienne and talk show host Ellen DeGeneres shared, “Alex Trebek hosted Jeopardy for 36 years. What an incredible career and remarkable life. I’m sending love to his family and fans,” and veteran actor Ed Asner remarked, “So sad to hear of the passing of my friend Alex Trebek. He was a fighter and also one of the nicest people on this planet. He has left his mark on the world and in our hearts. My love and prayers go out to Jean and the entire Trebek family. His memory will forever be a blessing.”

Other tributes also poured in from the likes of singer John Legend, rocker Tom Morello, “Frozen” star Josh Gad, newswoman Maria Shriver, and late night host Jimmy Kimmel, who remembered Trebek as “a kind gentleman whose excellence was so consistent, it was easy to take for granted.”