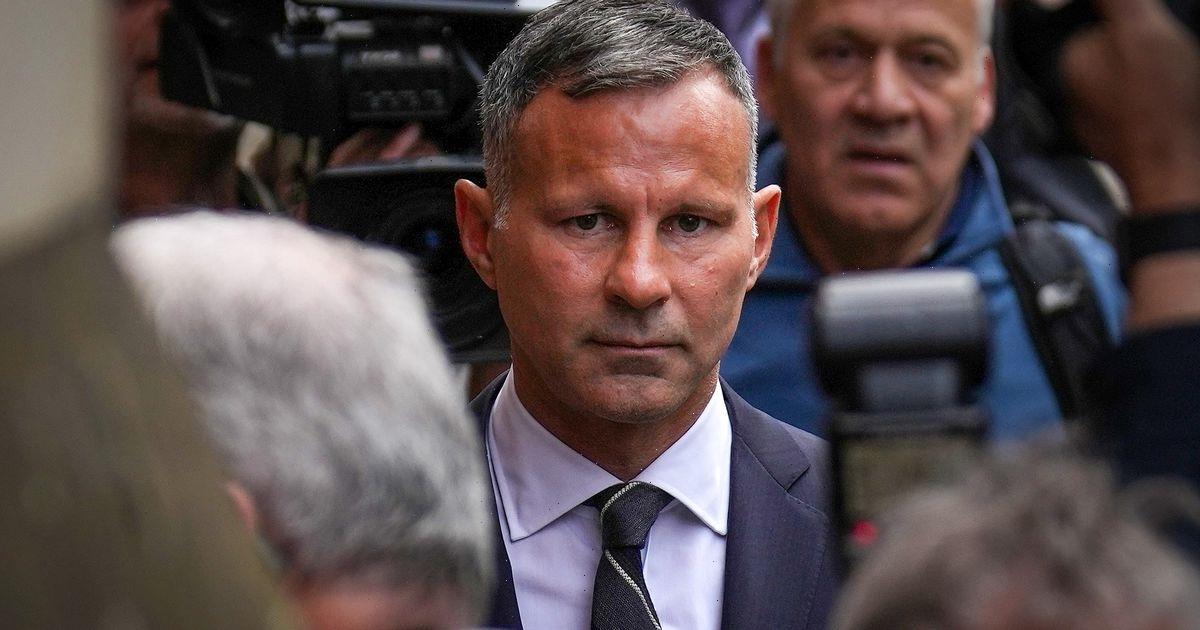 Ryan Giggs had “full-on relationships” with eight women during his time together with ex-girlfriend Kate Greville, a court has heard.

Ms Greville, 36, said she made the discovery on his iPad shortly before she decided to leave him.

She was interviewed by detectives weeks after she claimed Giggs, 48, headbutted her at his home in Worsley, Greater Manchester.

Giggs constantly denied he was cheating on her, she said, but she “needed to know the truth” as she checked on his device.

She said: “The reality of what I had found on that iPad was way worse than I could imagine.

“Eight women he was having affairs with while he was with me. Full-on relationships.”

Ex-Manchester United forward Giggs is on trial at Manchester Crown Court accused of assaulting Ms Greville and subjecting her to controlling and coercive behaviour from August 2017 to November 2020.

He denies the allegations.

The court also heard how Giggs allegedly headbutted his girlfriend as she tried to end their “toxic” relationship after discovering the football star was cheating on her.

The football coach is said to have subjected Kate Greville to a “litany of abuse, both physical and psychological” as the jury was told on the first day of the trial that there was "a much uglier and more sinister side to his character" than the one "idolised by fans".

He has been charged with assaulting Kate Greville and causing her actual bodily harm at his home in November 2020 and common assault against her younger sister, Emma, in the same alleged incident.

The ex-couple, who were said to be in a “toxic” and “turbulent” relationship for seven years, were involved in an argument in November 2020, where Giggs is alleged to have “deliberately headbutted” Kate Greville, which caused her lips to swell and bleed.

The prosecutor told jurors Giggs had an affair which became the subject of a newspaper report in May 2016 and led Ms Greville to end the relationship.

Jurors heard the pair were in an on/off relationship until November 2020 when Ms Greville discovered Giggs had cheated on her again.

The prosecution further claimed that the footballer would "harass" Kate Greville when she was out with friends. He would send messages and "threaten to send images… of a personal nature to her friends and work colleagues."

Jurors saw one email alleged to be from Giggs which read: “Please unblock me all this blocking malarkey is poo. Promise no more naked piccies”.

Defending Giggs, Chris Daw QC said the sisters “tripped and fell to the ground in the confined space of the doorway” and claims Kate Greville kicked Giggs in the face.

Mr Daw said: “The suggestion of the headbutt is not only nasty but ridiculous when looking at the evidence.

“Use common sense – the force would have caused serious damage to the face, most likely to the nose and eye socket.”

The defence barrister said the injuries to Kate Greville’s lips were caused as the pair’s faces were in close contact as she tried to grab Giggs phone out of his pocket.

He added: “There were lines Mr Giggs would never cross. The allegations of physical assaults and violence the defence say are simply false. He never once used unlawful violence in the course of their relationship no matter how bad things got.”