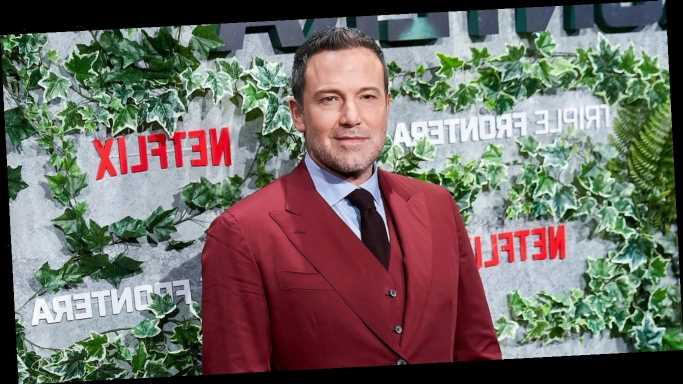 Busy in lockdown! Ben Affleck has been making the most of his time in quarantine amid the COVID-19 pandemic, a source exclusively tells Us Weekly.

Ben Affleck Through the Years

“Ben’s been quiet lately,” the source says. “He’s been working on writing his next movie since October, so he’s hunkered down on that, which explains the coffee.”

The Oscar winner, 48, went viral on Wednesday, December 30, after Page Six published photos of him attempting to juggle a tray of his beloved Dunkin’ Donuts iced coffee, a box of Munchkins and a package outside of his home in the Pacific Palisades neighborhood of Los Angeles.

“At this point it almost seems like Ben Affleck is better known for appearing publicly flustered and enjoying Dunkin’ coffee than he is for his career in entertainment, and honestly, I relate,” TV writer and stand-up comedian Josh Gondelman tweeted on Thursday, December 31. Another Twitter user joked, “I relate to ben affleck in that i also refuse to go to the door twice and instead dangerously carry everything at one time risking dropping it at all but saving myself a trip.”

Celebrity Couples Who Are Quarantining Together

The novel coronavirus spread to the U.S. after Affleck finished filming Deep Water. He met his now-girlfriend, Ana de Armas, on the set of the psychological thriller, and the couple have spent much of their time together since Us broke the news of their relationship in March 2020.

“They are doing good,” a source exclusively told Us in November. “They are focused on Ben’s kids, work, making time for dates and just enjoying each other.”

Hottest Couples Who Fell in Love on Set

The insider noted at the time that the Knives Out star, 32, has helped her boyfriend change his lifestyle, explaining that he “has been trying to eat healthy, work out a ton, cut out carbs and eat lots of protein.”

The Argo director was previously married to Jennifer Garner. The Pearl Harbor costars wed in June 2005, split in June 2015 and finalized their divorce in October 2018. They share three children: Violet, 15, Seraphina, 11, and Samuel, 8.