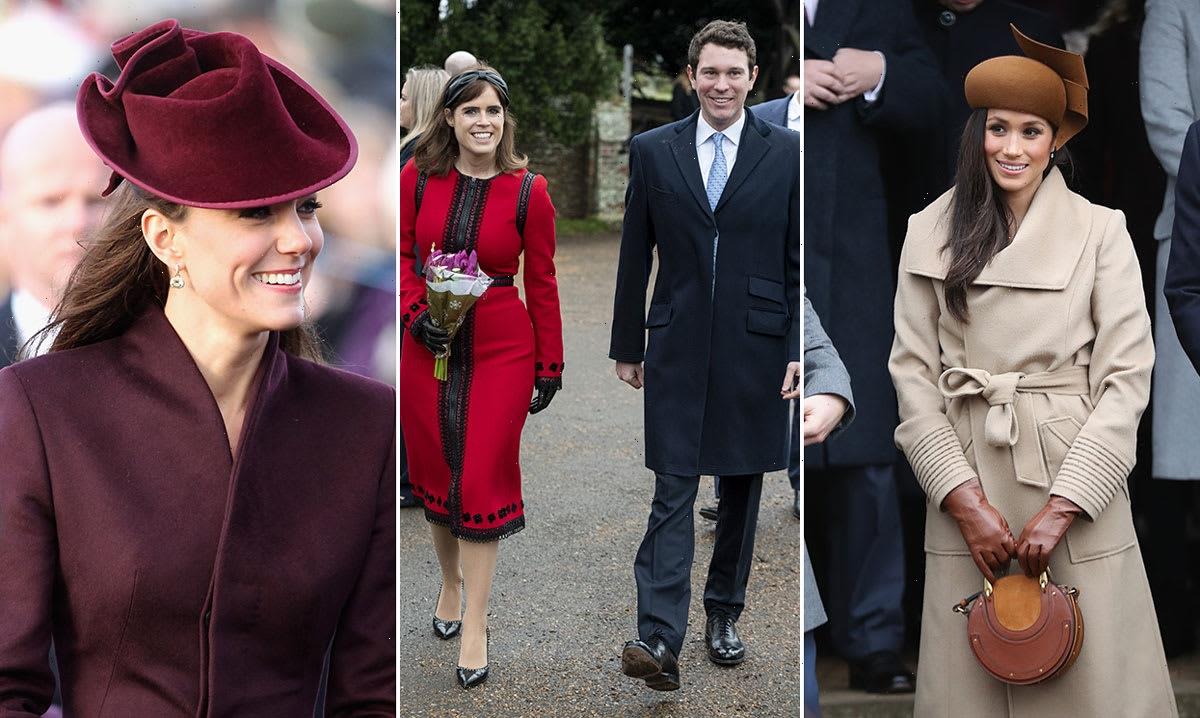 Christmas Day is always a milestone occasion for any new royal wife or husband, with locals turning out to see the latest addition to the royal family in their droves in Sandringham.

The late Queen Elizabeth rarely invited partners to stay at her Norfolk estate before marriage, but Meghan Markle was believed to have become the first fiancée to spend Christmas with the royals in 2017.

And then in 2019, Princess Beatrice‘s fiancé, Edoardo Mapelli Mozzi, also joined his future wife at the Christmas Day church service.

Take a trip down memory lane with the best photos of royals making their Christmas Day debuts.

The Princess of Wales

The then Duchess of Cambridge showed no signs of nerves as she charmed the crowds on her first Christmas with the royals. She later revealed during a TV interview that she had been worried about what to give the Queen as a present. She told ITV’s Our Queen at Ninety documentary in 2016: “I thought, ‘I’ll make her something.’ Which could have gone horribly wrong. But I decided to make my granny’s recipe of chutney.

“I was slightly worried about it, but I noticed the next day that it was on the table. I think such a simple gesture went such a long way for me and I’ve noticed since she’s done that on lots of occasions and I think it just shows her thoughtfulness, really, and her care in looking after everybody.”

The Duchess of Sussex

The future Duchess of Sussex surprised royal fans as she accompanied future husband, Prince Harry, on the walk to church on Christmas Day in 2017. Harry later revealed during an interview with BBC Radio 4’s Today programme that he and Meghan had a “fantastic” Christmas with the royal family, adding: “We had great fun staying with my brother and sister-in-law and running around with the kids.”

MORE: Why Kate Middleton was ‘worried’ about first Christmas with the Queen

The Countess of Wessex

The Countess of Wessex made a statement wearing an oversized hat and accessorising with a chic box bag for her Christmas Day debut in December 1999. Prince Edward married Sophie Rhys-Jones at St George’s Chapel in Windsor in June that year and the couple are now parents to Lady Louise Windsor and James, Viscount Severn.

Newlyweds Princess Eugenie and Jack Brooksbank beamed as they walked to church together in 2018, just two months after their autumnal Windsor wedding. The couple welcomed their son, August, in February 2021.

Edoardo Mapelli Mozzi made his Christmas Day debut in 2019 seven months before he and Princess Beatrice tied the knot in an intimate Windsor wedding. Their daughter Sienna arrived in September 2021.

The then Duchess of Cornwall made a stylish debut in 2005, in a cornflower blue ensemble and carrying a Chanel bag. Prince Charles married Camilla in the Windsor Guildhall in April 2005, followed by a blessing at St George’s Chapel.

Peter and Autumn Phillips finalised their divorce in summer 2021, but the couple made an adorable Christmas Day debut together in 2008, seven months after their nuptials.

Mike and Zara Tindall celebrated their tenth wedding anniversary in July 2021, but the rugby star joined his wife at the Christmas Day church service in 2011.