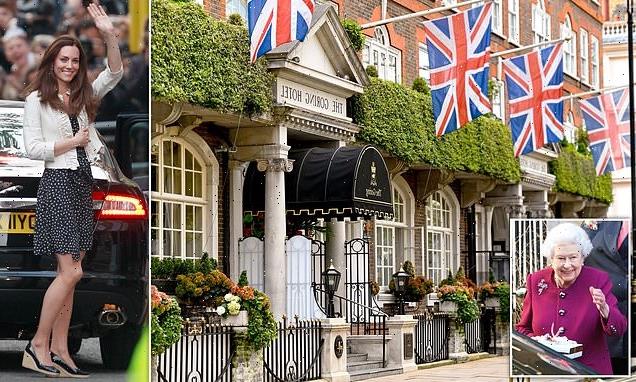 As the only hotel to have received a royal warrant — conferred on it by the Queen in 2013 for ‘hospitality services’ — The Goring can fairly claim to hold an unrivalled place in monarchical affections.

But that has not, alas, insulated it from a fraught battle with the owners of the neighbouring building, which, I can reveal, is now heading to the High Court.

It’s there that The Goring — where Kate Middleton spent the night before her wedding to Prince William — is seeking an injunction against Belgravia Mansions Estates, a company established in 2021, more than 110 years after the former.

Aware that it has acquired a prime piece of Central London, Belgravia Mansions is intent on going full steam ahead with a multi-million-pound development, involving the demolition of the existing building and its replacement with a new one containing 42 ‘residential units’, plus an array of shops and a two-storey basement with a ‘wellness facility’ and car parking. 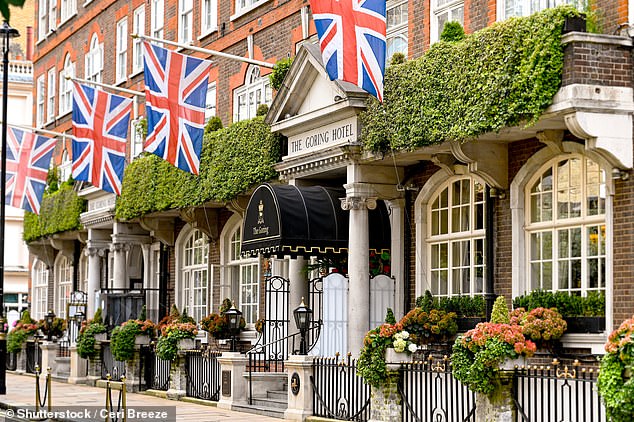 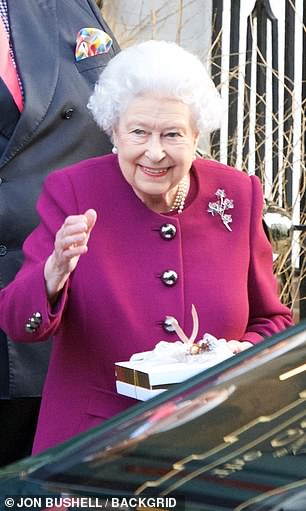 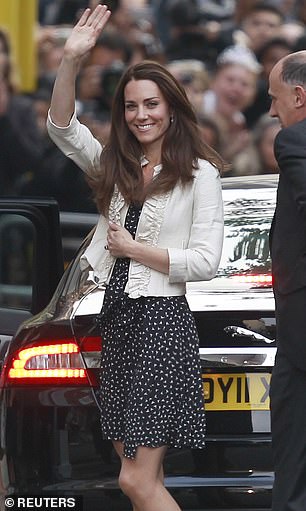 This has prompted The Goring to cry foul. In legal documents submitted to the High Court, The Goring cites a 1921 covenant drawn up by the 2nd Duke of Westminster when he sold the site now earmarked for development. This stipulates ‘the purchasers will not do or permit… any act or thing which… may… be a nuisance, damage, grievance or annoyance… to the owners of the neighbouring property’.

The Goring also cites a 2013 agreement which, it claims, prohibits any development unless ‘a steel-framed acoustic tunnel’ is built ‘to control the sound of all delivery waste removal’, with ‘an acoustic screen’ erected above the tunnel.

But that’s not all. The Goring additionally claims the agreement stipulates that ‘a mature, evergreen barrier’ must screen the hotel from the development.

If that’s not enough for the developers to contend with, it also claims the agreement states all ‘noisy works’ are to be limited to four hours a day at most.

Princes William and Harry’s former nanny Tiggy Pettifer — who received £200,000 in damages from the BBC after Martin Bashir wrongly implied she’d had an affair with the then Prince Charles — has raised £700 by knitting wading socks to auction for one of the King’s key charities, the Atlantic Salmon Trust. She is a fly fishing instructor.

Sienna’s stockings are ready for Xmas 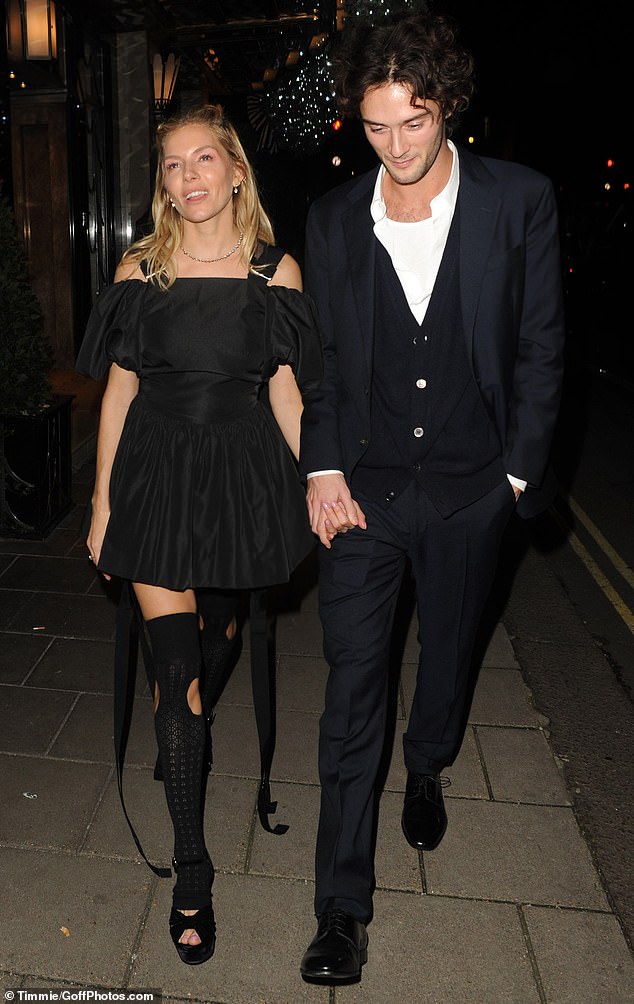 Sienna Miller (left), 40, with her boyfriend, the actor Oli Green, 25, at Claridge’s

Advent doesn’t start until Sunday, yet Christmas parties have begun in London. And Sienna Miller already has her stockings on display.

The Hollywood star wore the thigh-high hosiery to Claridge’s in Mayfair, where a party was held to celebrate the unveiling of the five-star hotel’s Christmas tree.

Miller, 40, was accompanied by her boyfriend, the actor Oli Green, who is 15 years her junior.

The actress, who is known for her ‘boho chic’ style, wore a £1,170 Simone Rocha gothic-inspired dress and velvet Jimmy Choo platform shoes.

Green hails from a family known in the art world; his grandfather Richard Green owns two galleries in Mayfair, with a collection worth around £74 million. 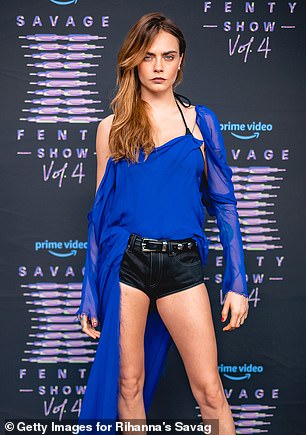 She looked as if she’d overdone things at this summer’s Burning Man Festival in Nevada, returning home to LA in jittery condition.

But that hasn’t diminished Cara Delevingne’s talent for making a pretty penny.

Harvey White Properties, of which the 30-year-old supermodel and actress is a director, has reported it holds £45.7 million in assets — a £3.8 million increase in value on 2021.

Her total earnings from all sources are £30,000 a day — something for Cara to shout about.

Perhaps in the soundproof bunker with mirrored ceiling and stripper pole at the LA house she shares with big sister Poppy? 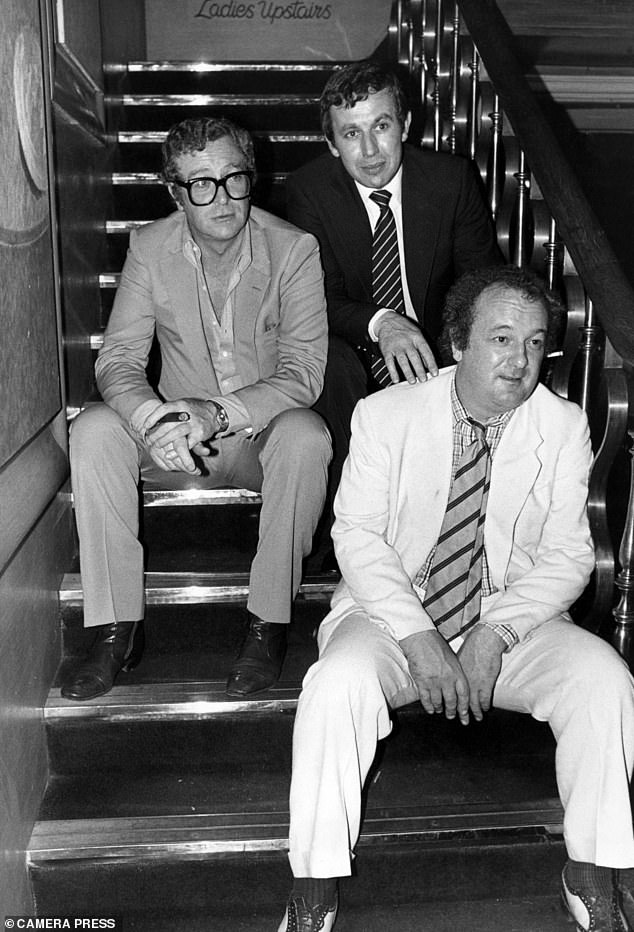 One of the first British chefs to earn a Michelin star in 1974, Shepherd spent much of his time at Langan’s as a de facto bodyguard for Peter, whose drunken outbursts became the stuff of legend.

Having to explain to Langan the reason comedian Ronnie Corbett was sent a case of champagne by way of apology, Shepherd told him: ‘Peter, he might be small but there was no need to tell him he’s a f****** midget.’ 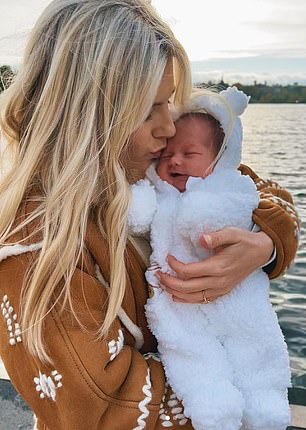 His fiancee, pop star Mollie King, revealed last night she had given birth to their first child.

They have named their daughter Annabella.

‘Welcome to the world Annabella Broad,’ says The Saturdays’ former singer and Strictly semi-finalist, Mollie, 35, next to this photograph.

‘We have never been so in love.’

Fast bowler Broad, 36, who proposed to the accountant’s daughter last year, ruled himself out of England’s Test Match tour to Pakistan so he could be with Mollie for the birth.