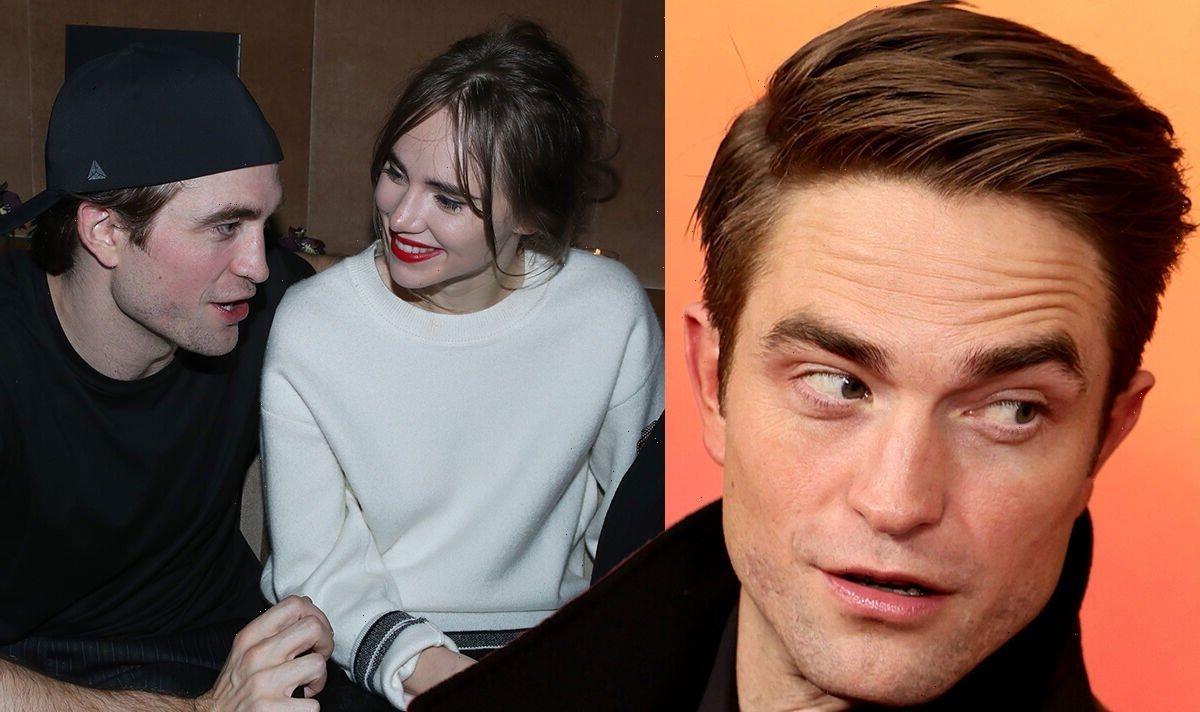 Robert Pattinson, 36, has been in a relationship with Suki Waterhouse, 30, since 2018, with the pair keeping their relationship very private. The Batman actor gave a rare insight into the couple’s relationship in an interview earlier this year.

I could feel a little tear!

While speaking to Jimmy Kimmel on his chat show in February, Robert told the host of his girlfriend’s surprising reaction to The Batman.

He admitted that Suki cried while watching the film, leaving Robert, who played the titular character, very happy.

Robert admitted: “It was really her reaction that kind of changed the entire thing [for me], because I’m pretty sure she’s not normally into watching superhero movies.

“And just seeing that it was capturing her attention the entire time and then she held my hand and touched it [to her face] and I could feel a little tear. And I was like, ‘No way!”

The pair are very tight-lipped about their romance, and have never made a red carpet appearance together.

However, it turns out the pair have done this for a reason.

Robert revealed in 2019: “If you let people in, it devalues what love is.

“If a stranger on the street asked you about your relationship, you’d think it extremely rude.

“If you put up a wall it ends up better.”

He continued: “I can’t understand how someone can walk down the street holding hands, and it’s the same as when I do it and a hundred people are taking your photo.

“The line between when you’re performing and when you’re not will eventually get washed away and you’ll go completely mad”, he admitted to The Sunday Times.

The couple’s relationship was confirmed to a US outlet in August 2018, where it was confirmed that the pair had been dating for months, and had “known each other for a long time”.

While Rob has a very successful acting career, Suki has made a name for herself in modelling, acting and singing.

She even headlined her first London show at Omeara last Wednesday.

Taking to the stage at the 320-capacity venue in London Bridge she donned a sheer teal top and patterned trousers as she performed a selection of her songs.

The talented star released her debut album I Can’t Let Go last week and treated her fans to live renditions of her new tracks.

She also recently attended the Celebration of Women in Cinema Gala during the Cannes Film Festival.

During her visit she donned two striking outfits, as well as taking to the stage later on to perform a number of her new songs.

The Good Looking singer wowed the crowd in a retro co-ord as she gave an impassioned performance.

You can see Suki Waterhouse promoting her new album on Sunday Brunch today from 9.30am