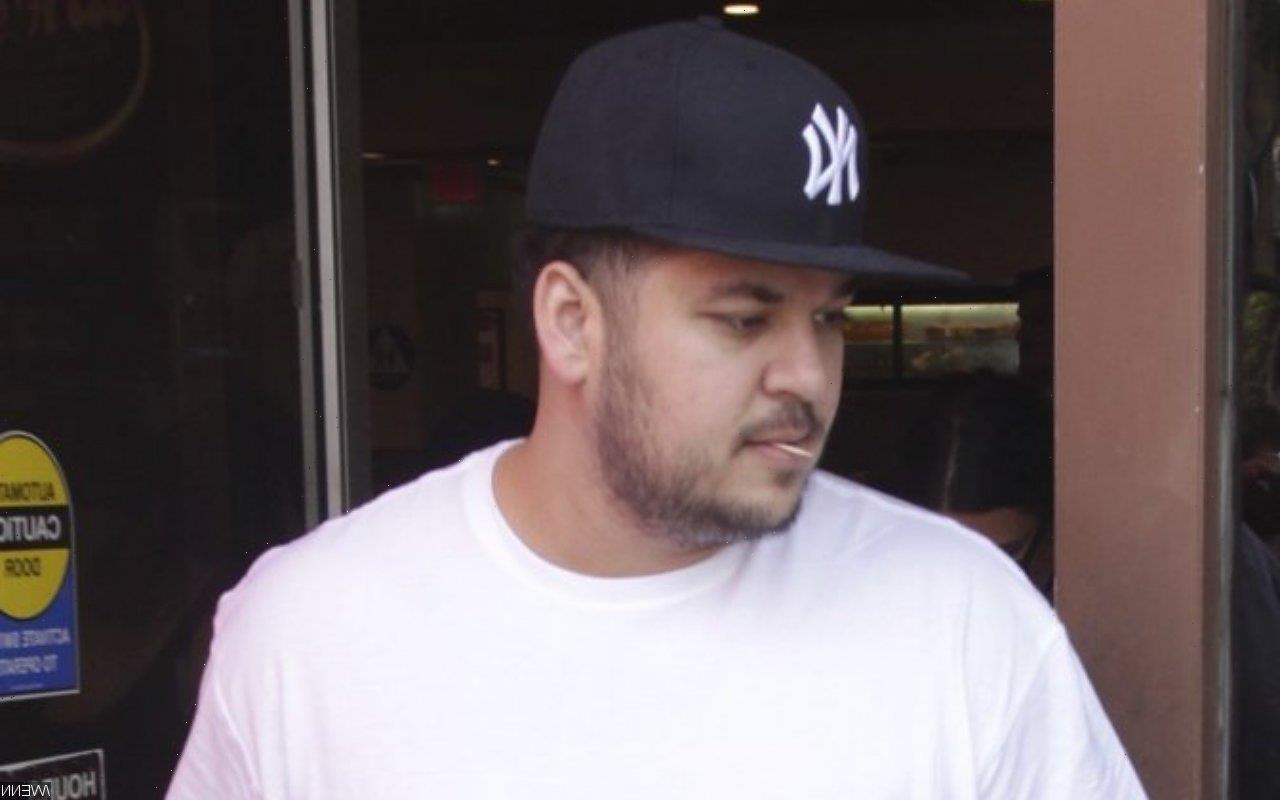 The sock designer, who has stayed away from the spotlight in recent years, reportedly decided to miss out his sister and the drummer’s Italian wedding because ‘didn’t feel comfortable’ with ‘a spectacle.’

AceShowbiz –Rob Kardashian didn’t attend his sister’s wedding because he “doesn’t like a spectacle.” The “Keeping Up with the Kardashians” alum was said opting not to attend Kourtney Kardashian and Travis Barker‘s star-studded ceremony in the picturesque Portofino, Italy since he has become “extremely private” in recent years.

“Rob didn’t feel comfortable attending Kourtney’s wedding because he doesn’t like a spectacle,” a source explained. “It’s just not his thing, and he’s become an extremely private person.”

Despite this, Kourtney wasn’t upset with Rob since she understood the reasons behind his decision. The insider told E! News, “Kourtney and the entire family completely understand. Kourtney didn’t expect Rob to attend and knows she has his support either way.”

Rob is also excited to celebrate with Kourtney when she returns to the United States. The source added, “[Rob] was missed, but there in spirit.”

Scott Disick, Kourtney’s ex-partner, previously admitted that Rob never wanted to become famous. He hailed Rob as “one of the greatest guys,” but explained that he struggled to cope with fame.

Scott, who has 12-year-old Mason, 9-year-old Penelope and 7-year-old Reign with Kourtney, said in 2016, “Things are difficult sometimes, especially when you become in the spotlight very quickly overnight. Your whole life changes very quickly.”

“He was just getting out of college, and then he became famous quickly, and I think it was a lot for him to handle,” the 38-year-old TV star went on reasoning. “I don’t think that was the path he wanted to be on, and he just got caught in the middle of it. He’s one of the greatest guys I know. He’s got a good heart, and he’s just an amazing guy all round.”