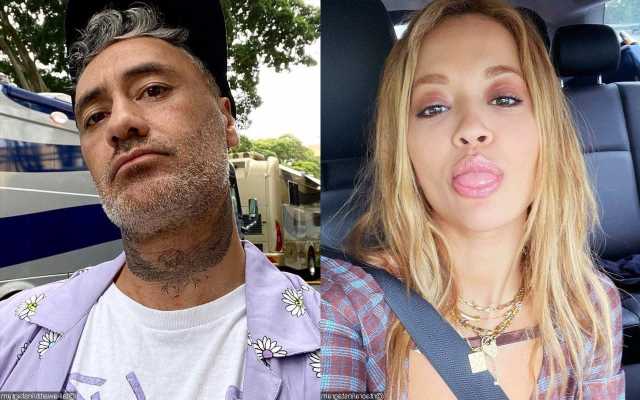 Before attending the premiere of ‘RuPaul’s Drag Race Down Under’ in Sydney Opera House, the ‘For You’ songstress and her rumored beau are captured enjoying a star-studded lunch in the city.

AceShowbiz –Rita Ora and Taika Waititi have added more fuel to their dating rumors. Having been spotted on several occasions together, the “For You” songstress and the “Thor: Love and Thunder” director were once again caught on camera looking beaming while attending a red carpet event together.

The alleged new couple took in the premiere of “RuPaul’s Drag Race Down Under” at the Sydney Opera House in Sydney on Friday night, April 30. In a clip obtained by Daily Mail, they could be seen walking side-by-side as they tried to avoid being photographed.

Once they were in the venue, Rita and Taika were seated next to each other and talked closely together. In the outside, meanwhile, the filmmaker did not shy away to put his hand on the singer’s back as they stood side-by-side.

While Taika chose to remain silent about his relationship status with the British star, he was more than happy to talk about his role on “RuPaul’s Drag Race Down Under”. When speaking to Richard Wilkins for “Weekend Today”, he first joked, “There’s so much mystery and secrecy I don’t even know what it [the role] is.”

“I’m a guest judge… I put forward a challenge for the contestants – literally all I can say,” the New Zealand native further spilled. “A good friend of mine created the show and it was lovely to be involved because I’ve been a fan for a long time.”

Earlier on Saturday, Taika and Rita were captured enjoying a star-studded lunch at China Doll restaurant in Woolloomooloo. They were joined by Christian Bale, Sacha Baron Cohen and his wife Isla Fisher, as well as Russell Crowe and his partner Britney Theriot.

The rumored lovebirds were first linked romantically after “The Voice Australia” judge unveiled a picture of the two cozying up together. In the Instagram snap in question, her rumored boyfriend was seen wrapping his arms around her as they sported matching Gucci outfits. She captioned it, “Good times, memories, random things on my phone and the ones I love.. #midweekupdate.”

Rita and Taika have yet to publicly confirm their romance. However, a source told The Sun, “They’ve been a couple since early March but kept things low key. However, all their friends know about the relationship – they’re really into each other.”