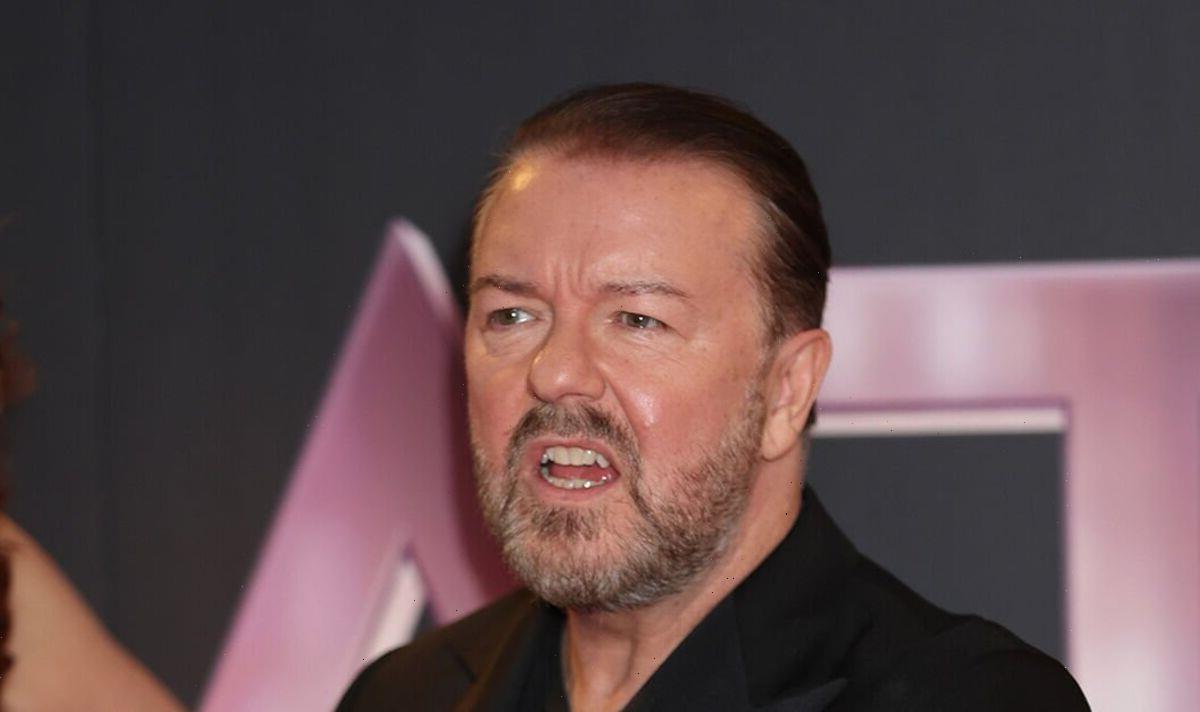 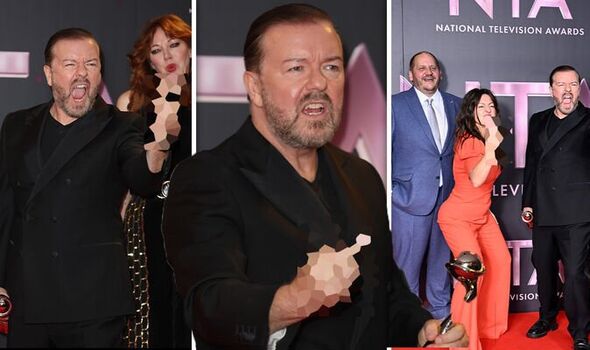 Ricky Gervais was keen to celebrate his Best Comedy Award win with giggles and a middle finger alongside his After Life co-stars.

Ricky Gervais, 61, stuck up his middle finger after winning the Best Comedy award at the NTAs last night for his hit Netflix show After Life.

The actor, who writes and stars in the series, gave a rude hand gesture when taking pictures with his award.

Ricky was joined by his After Life co-stars and his glamorous partner Jane Fallon at the prestigious event.

This comes after Ricky revealed that he had skipped the NTAs after party to sit at home “watching telly and cuddling the cat”.

Ricky Gervais stuck up his middle finger in celebration

Ricky Gervais posed for pictures with his gong with a large grin on his face and his middle finger, startling his co-stars.

Ricky Gervais was joined by his After Life co-stars

Ricky Gervais cut a dapper figure for the NTAs in a black tuxedo which he layered with a casual black T-shirt.

Ricky Gervais was joined by his long-term partner Jane Fallon

Ricky Gervais’ partner Jane Fallon matched her beau in black as she sported a black blazer-style jumpsuit, showing off her toned arms.

Ricky Gervais admitted he did not attend the NTAs after party

Although Ricky Gervais attended the ceremony, he clearly had no interest in attending the celebrations afterwards, as he headed home to relax.

Shortly after the win Ricky Gervais sent a Twitter message

Ricky Gervais shared a picture of himself “out partying and celebrating his big win” as she shared a cute snap while sitting on the sofa with his cat. He tweeted: “Out partying, celebrating my big #NTA win. Definitely not home, watching telly, cuddling the cat.”