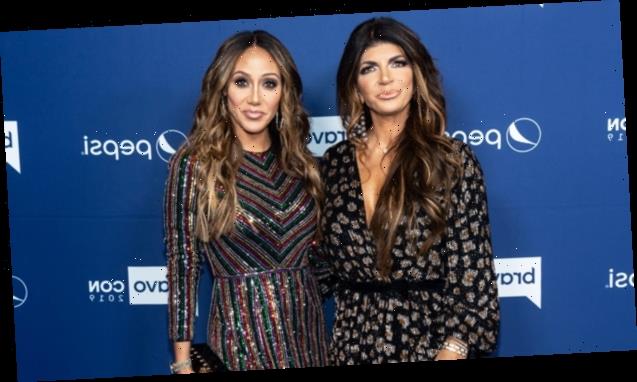 Melissa Gorga and Teresa Giudice’s rocky sister-in-law relationship has gotten better and although they’re in ‘a good place’ there’s reportedly still some tension between them as they look forward to the upcoming holiday.

Melissa Gorga, 41, and sister-in-law Teresa Giudice, 48, are known for having an up and down relationship over the years, especially after they made headlines for fighting at Melissa’s son’s christening in season 3 of The Real Housewives of New Jersey, and although things are a lot better between them now, there’s still some work to be done. The reality stars’ difficulties improved somewhat after Teresa and her brother Joe Gorga, 40, whom Melissa is married to, had to deal with the sad death of their father, Nonno, in Apr. but things are not flawless and the family’s upcoming plans for a 4th of July party will have them spending time together.

“The family will commute back and forth from their home in Montville to the shore as filming resumes,” a source EXCLUSIVELY told HollywoodLife about Joe and Melissa’s summer plans. “They’re planning a big Fourth of July party for friends and family and Teresa and her kids should be there. She and Teresa are in a good place because of Nonno’s death, but that doesn’t mean they still don’t have their bumps. Melissa is excited to get back into filming later next month.”

In addition to gearing up for summer plans and working on her relationship with Teresa, Melissa has been dealing with watching her only daughter Antonia, 14, grow up. Although she and Joe know she must get older, it’s been an emotional experience for them.