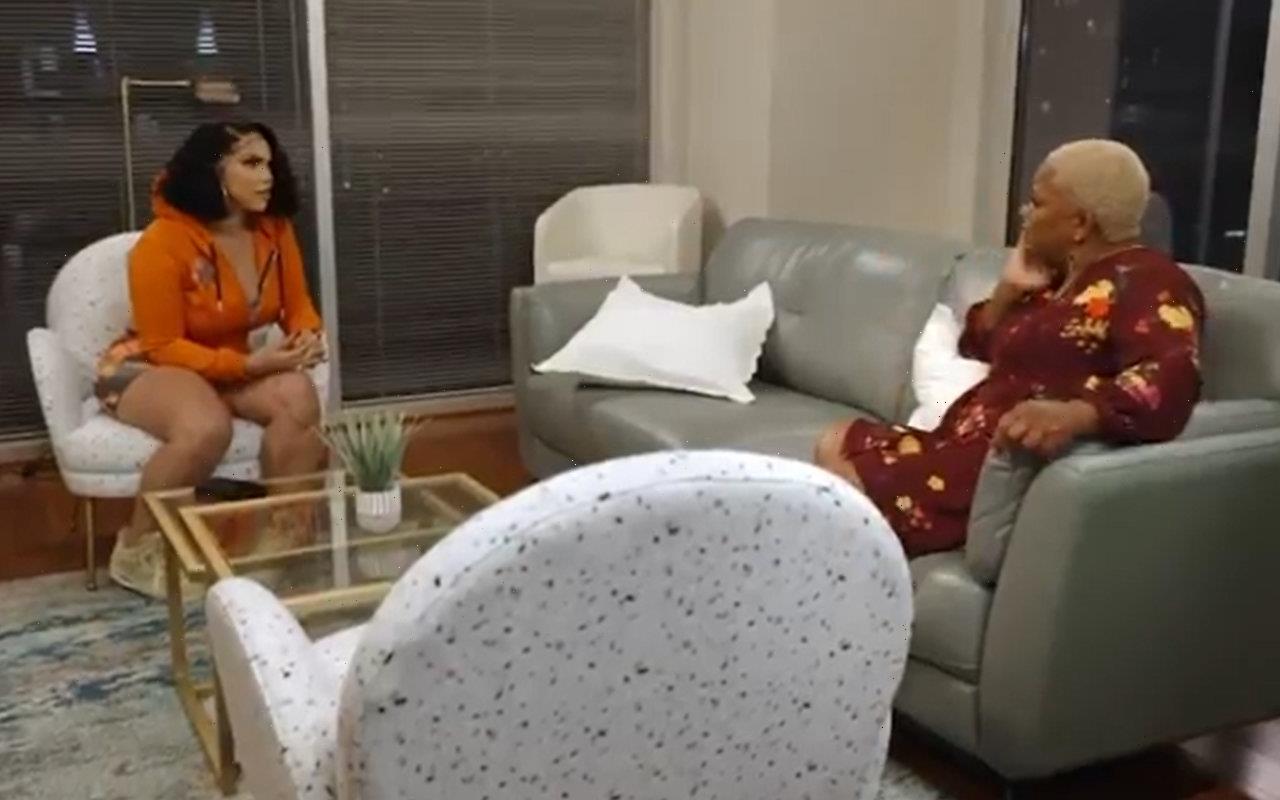 During an argument in a recent episode of ‘Love and Hip Hop: Atlanta’, the ‘Hands On Ya Knees’ raptress tells her mother that the latter only calls her when she wants money.

AceShowbiz –Renni Rucci is not here for anyone who’s been talking behind her back. In a new episode of “Love & Hip Hop: Atlanta“, the “Hands On Ya Knees” could be seen confronting her mother for allegedly spreading rumors about her using drugs.

“I’m finding out you tell people [that] when my kids with you, I don’t send you no money, I don’t help y’all with nothin’, you callin’ askin’ am I on drugs,” the musical artist told her mother. “Like, I’m trying to see what the problem is.”

When her mother asked who she supposedly called with the allegations, Renni replied, “You called my sister!” She then argued, “When you called me, you know what it was about? Sending you some money. You didn’t ask me if I was okay.”

“You called my sister and you asked my sister if I was on crack!” the femcee raged. “You know what you was doing. Instead of picking the phone up, instead of getting in the car to come and check on your child, if you was that damn concerned. You didn’t. You called and you gossiped. You didn’t care about me, but the next couple of days, you made sure you text me and say, ‘Hey, can you send me some money for this?’ But you can’t text me to say, ‘I’m worried about you.’ “

After a few back-and-forths, Renni decided to stay silent and left the room. In a confessional, she explained, “This conversation really isn’t going anywhere. We’re never gonna meet and agree because I feel like she’s lying. I know you did it was messy. I can’t be worried about what can’t be fixed.”

After “Love & Hip Hop” posted the video on Instagram, Renni took to the comment section and elaborated, “It be the comments for me because no matter how much of the story y’all watch y’all still get it wrong. ‘Take care of ya own kids’ be clear nobody else provide for them AND my mom but ME. Never been away from them for that long ever (won’t ever do it again) and that was because THEY wanted to stay in their schools.”

“I saw my kids and mom every week so yes what she said was bs and meant to hurt me because she wasn’t having her way,” she went on. “Be clear the love hate relationship my mother and I have is not what she shares with my kids… I’m her child not them the relationships will never be the same.”