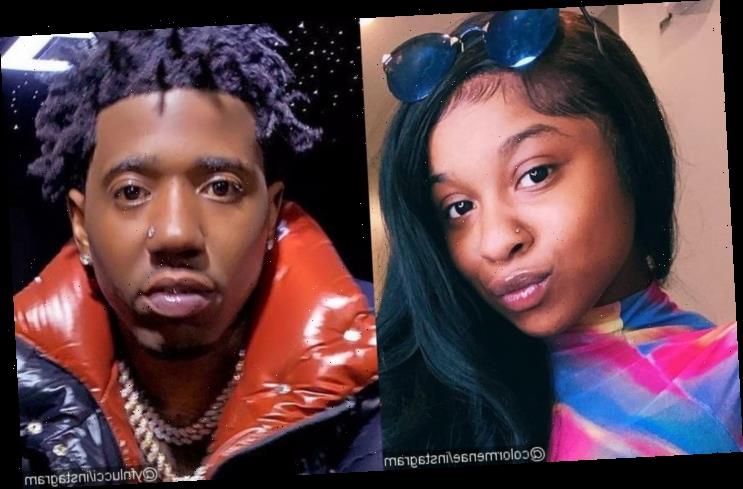 Her response to one hate comment apparently backfires on the daughter of rapper Lil Wayne as one fan says, ‘I love Reginae, but a lot of these celebrities need to humble themselves.’

AceShowbiz –Reginae Carter is telling off haters who have so much to say about her getting back together with on-and-off boyfriend YFN Lucci. The daughter of rapper Lil Wayne has taken to her Twitter account to viciously blast haters who left criticism on her page.

“Live your life and stop worrying about what a mf on this app that never met you have to say,” so Reginae wrote to her followers on the blue bird app on Monday, October 19. “I’m so sick of everybody feeling like their two cents matter! It don’t tf . Get outta the comments and get a life !! And a job.. Geesh !”

The post, however, only made fans further troll Reginae. “If you back w lucci just say that,” one replied to the “Growing Up Hip Hop: Atlanta” star’s post. Alluding that Reginae herself couldn’t help but worry about what haters said about her, another user wrote, “Yet you reply to every comment made about you.”

The criticism didn’t stop there because the tweet was later reposted on Instagram by TheShadeRoom which prompted more haters to come at Reginae. “Girl what job do you have?” one naysayer wrote in the comment section of the post. The reality TV star caught wind of the question and didn’t hesitate to clap back at the hater. “You wanna see my bank account? Big bank take lil bank?” she replied to the person.

Her response was apparently backfiring on her. “I love Reginae, but a lot of these celebrities need to humble themselves,” an Instagram user opined. “Y’all always calling people broke when you get your paychecks off the backs of these same ‘broke people’ who support you, or you had a come up being related to a famous person or only have money because your parents had money. The rest of us ‘broke people’ didn’t have that privilege.”

Alluding that Reginae was only bragging about the money she got from her famous parent, another fan said, “No! She asked what’s your job not let me see your daddy money.” Echoing the sentiment, someone else added, “That’s her dad’s money. You can’t preach ‘get a job’ when you’ve never worked a day in your life.”

“First she said stay out of the comments, but she’s in the comments… Then she never answered the question about what her actual job is… No one asked about the bank account! These kids man,” wrote another fan. Meanwhile, one user said, “If your daddy wasn’t lil Wayne you’d be right basic too boo. #stayhumble and uplift your ppl.”

Reginae and YFN Lucci sparked rumors that they’re back together after showing a connection with their recent Instagram Story posts. It wasn’t the first time for them to make people think that they might have reconciled as back in July, people speculated they might be giving their relationship another try after the rapper shared an Instagram post that many fans assumed was taken at Reginae’s house.