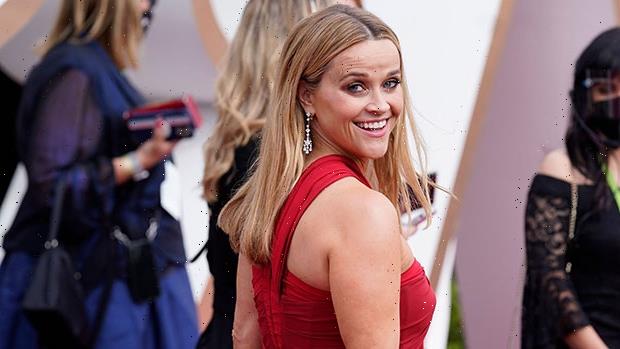 Reese Witherspoon’s three kids are officially back in school, which means it’s time for the Oscar winner to celebrate with some epic dance moves and cake.

Reese Witherspoon, 45, is one happy mom! The award-winning actress got some much-needed alone time after her three children — daughter Ava, 21, and sons Deacon, 17, and Tennessee James, 8 — officially went back to school, and she celebrated accordingly. “When the kids go back to school and you have the house to yourself…,” Reese captioned a hilarious Aug. 25 Instagram video, which featured the mom of three busting out some energetic dance moves and stuffing her face with Funfetti cake. Now that’s a celebration!

For her epic dance party, Reese looked stylish (as always) in matching yellow sweatshirt and sweatpants. She started off the video innocently pouring coffee in the kitchen to “Move Your Feet,” by Junior Senior, but as the music picked up, Reese set her beverage aside to engage in some celebratory dance moves. The Big Little Lies star also treated herself to a handful of delicious cake that she grabbed herself and stuffed in her face.

Reese’s followers got a big kick out of her kids-free video. Diane Keaton dropped a few laughing emojis in the comments section, as did Reese’s The Morning Show co-star Karen Pittman. Jerry Seinfeld‘s wife, Jessica Seinfeld, appreciated the video as well, writing, “YESSSS.” The cake grab, in particular, was the stand-out moment for most of Reese’s followers that cracked up over the footage. “The CAKE,” actress Merrin Dungey said alongside a laughing emoji. 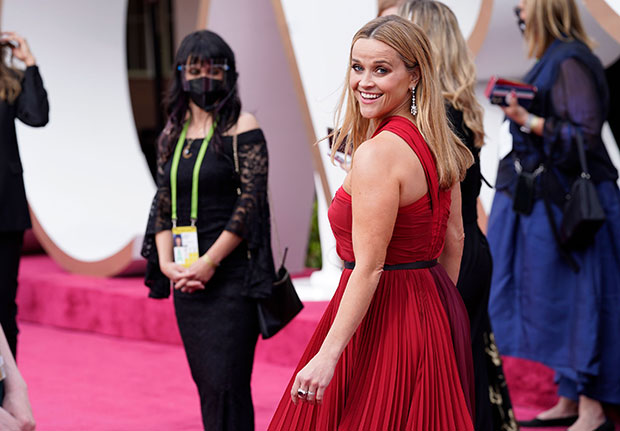 While Reese is sticking around at home with husband Jim Toth, her three kids are kicking off an exciting new school year. Ava, whom she shares with ex-husband Ryan Phillippe, is beginning her senior year at UC Berkley, while Deacon, her second child with Ryan, is still a high school student at Pacific Palisades Charter High School. Deacon also recently scored a record contract with Sony Music for his budding music career. He released his debut track “Long Run” in July 2020 and his second, “Love For the Summer” with Loren Gray, a few months later in October 2020. Meanwhile, Reese and Jim’s son Tennessee is keeping busy in elementary school.

The actress shares a special bond with all of her kids, and has previously opened up about how thrilling it’s been to see them grow up. “I never expected the kind of relationship that I have with them, but it’s so rewarding to be able to have kids that you can process life with a little bit, and they help me understand the complexities of what it means to be a human now,” Reese told Interview in June. “So I’m really, really grateful that these little humans are in my life.”