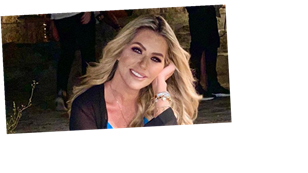 Dawn Ward has revealed that her family have all tested positive for coronavirus after they arrived home from their family holiday in Greece.

The Real Housewives of Cheshire says she feels "shocking" and that her husband Ashley and their two youngest daughters all have the virus.

Once the family were home, the 47-year-old reality star says she started to feel ill and she, along with Ashley, 49, Charlie, 13, and Aston, 11, all got themselves tested. Dawn, who has been isolating for a week, told Manchester Evening News: "I think we definitely caught it while we were away.

"When the results come back you think 'oh my gosh.'

"You're waiting to not be able to breathe but fortunately that hasn't happened."

Dawn and Ashley have suffered headaches, fever, high temperature, sweats and stomach cramps, while Ashley has also had a cough and tight chest.

Charlie also had a temperature and suffered from aches and tiredness, and youngest daughter Aston suffered headaches.

Dawn added: "Some people say it's a load of rubbish but it's not. You're up and then 30 minutes later you feel shocking again. "It's one step forward and two steps back. It isn't like flu or a cold. You're not sneezing and there's no phlegm. It's completely different.

"Within 30 minutes you're floored and shivering." Filming for the 12th series of The Real Housewives of Cheshire has resumed but Dawn now has to wait until she's fully recovered before she can take part.