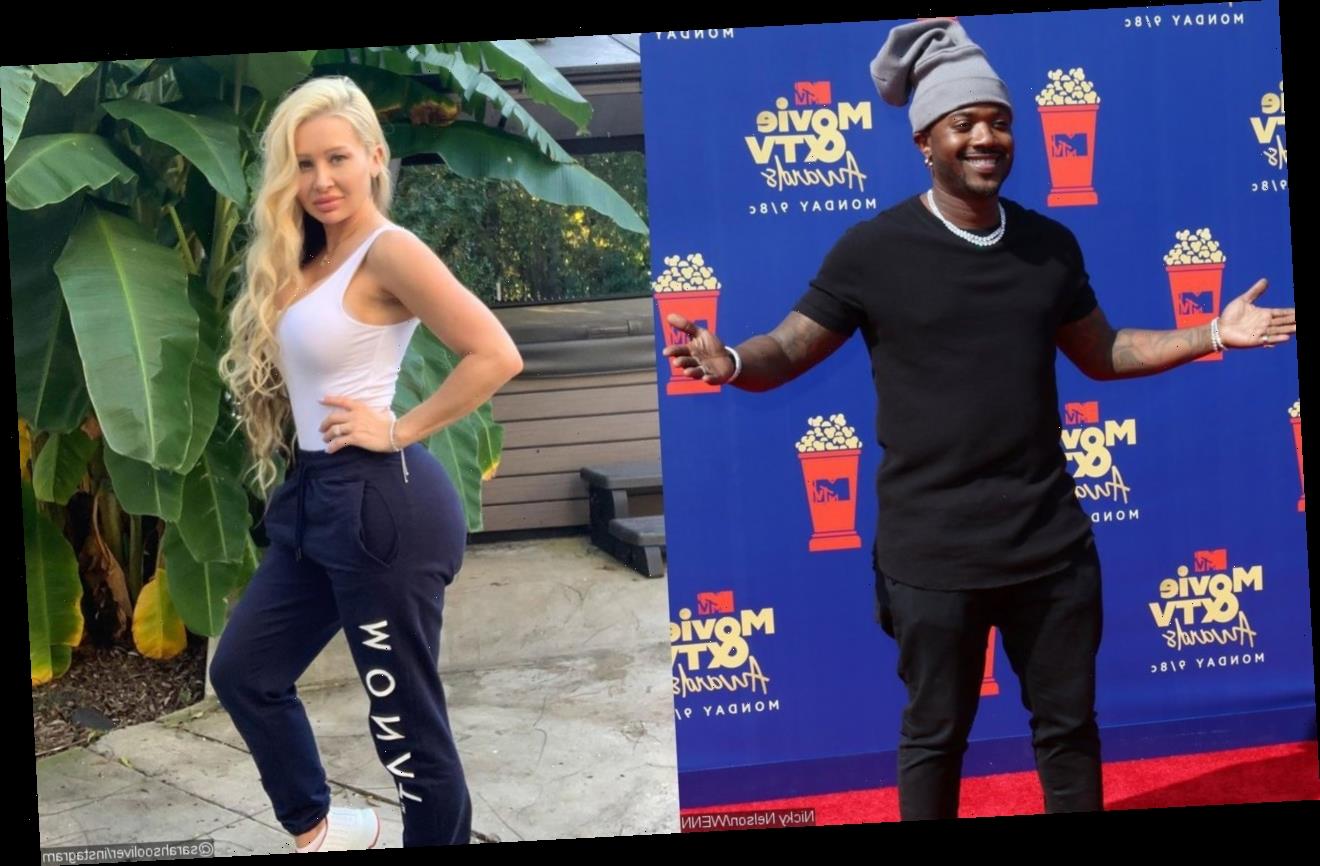 The ‘Sexy Can I’ rapper isn’t shy to show his affection to his rumored new flame in an Instagram video, kissing her on the cheek and neck while she’s filming it.

AceShowbiz –Ray J just got people confused about the status of his relationship with Princess Love. Just weeks after seemingly hinting at reconciliation with his estranged wife, the rapper flaunted his alleged new romance with another reality TV star.

On Monday, December 7, a video surfaced of Ray getting all over “Bad Girls Club” alum Sarah Oliver. In the clip posted by Sarah on her Instagram Stories, the “Sexy Can I” spitter was seen kissing her on the cheek and neck despite being aware that they were going online.

“That’s Instagram? Oh s**t. I ain’t f**king with Instagram. Instagram don’t like me,” he said after Sarah told him that she was filming it. He then got up from the couch, and it appears that he reached down and kissed her on the neck once more before walking away.

Ray also posted a photo of him seemingly sharing a bed with Sarah, who was clad in a black lingerie. The two were reportedly on the set of a show that Ray and Princess are producing at the time in the video. A source notes though that Princess was not there and was “at home with the kids like [she] always is.”

This has got fans wondering what that means to his relationship with Princess. While she filed for divorce from Ray in May, they withdrew after he asked her to continue working on their marriage. Later in September, he hit Princess with his own divorce papers.

In November, they seemed to work on their marriage as they were seen walking together. However, according to The Shade Room, Ray and Princess are “still in the process of getting a divorce” and there’s “no relationship” between the two.

Sources tell the site that Princess told Ray to “live his life.” As for the video showing them walking together several weeks ago, it was reportedly for a couples therapy show they’re shooting for VH1.