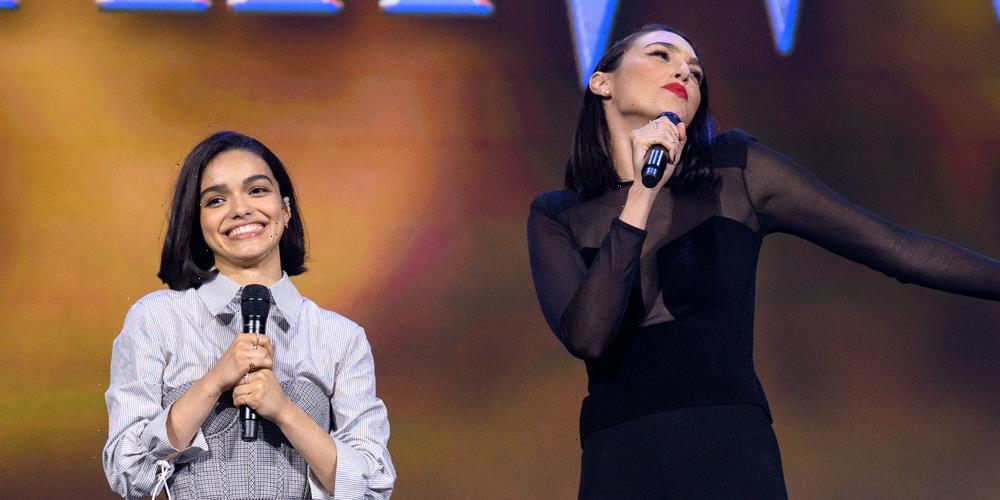 Rachel Zegler is hyping up her upcoming movie, Snow White!

The 21-year-old actress met up with co-star Gal Gadot to share the first look at the flick at the 2022 D23 Expo on Friday (September 9) in Anaheim, Calif.

Fans who didn’t attend the event will have to wait a little while more.

According to Variety, the 30-second teaser opened with the Evil Queen’s iconic question to her magic mirror, while Snow White dons her signature costume in the footage, which ends with her dropping the poisoned apple.

“There’s such an emphasis on what it meant to be the fairest of them all,” Rachel shared about the first look.

Meanwhile, Gal added what inspired her to take the role of Evil Queen in the first place: “It was very different from anything I’ve ever done before. I’m used to playing the other end of where the heart should be.”

Halle Bailey is also pictured below, sharing the first trailer for her own movie, The Little Mermaid.

Click inside to see 30+ pictures of Rachel Zegler, Gal Gadot and Halle Bailey at D23…