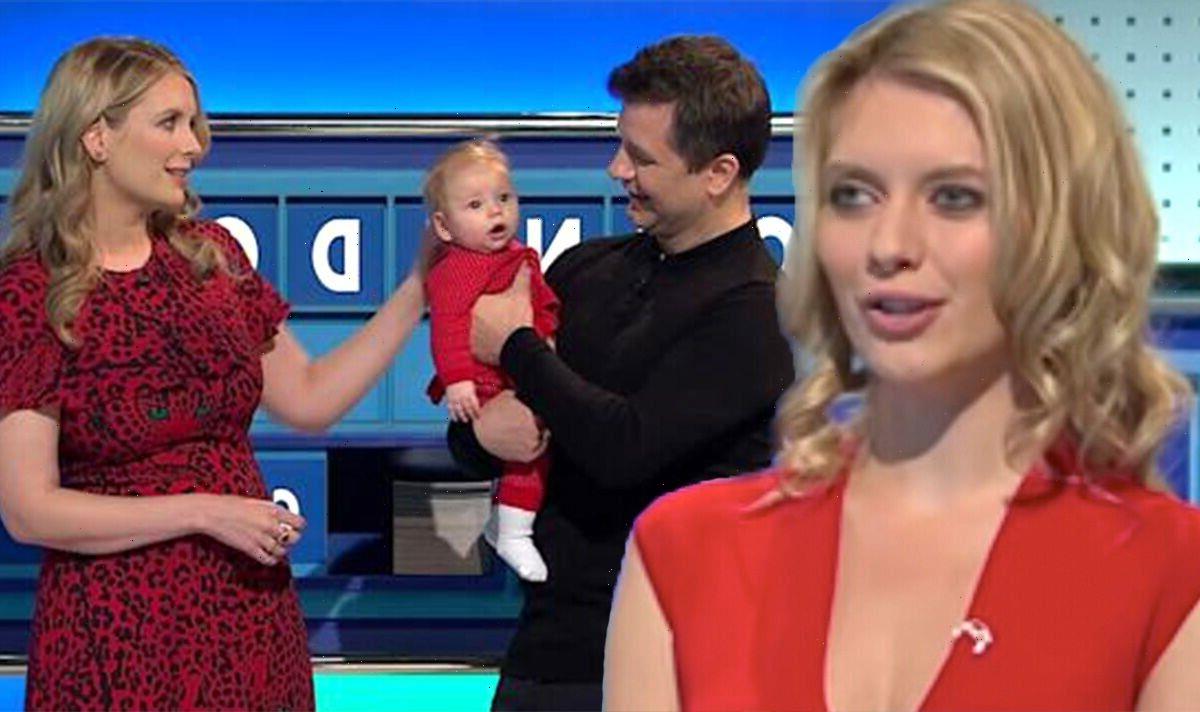 Rachel Riley has asked that she and her family not be referred to as “part of the Strictly curse” during a discussion about the programme on the podcast Dirty Mother Pukka with Anna Whitehouse. The Countdown Presenter met her husband Pasha Kovalev through Strictly Come Dancing when she was still married, but insists that the pair did not fall for one another until “much later”.

Rachel, 36, opened up about her annoyance at being branded with the “Strictly curse” years after taking part in the BBC One show.

She and husband Pasha met in 2013 after they were partnered up for the dancing competition, but she has maintained that they are not a part of some “curse”.

The “Strictly curse” is a term used by both fans and the media to describe the romantic entanglements and break-ups that have happened over the years to various couples on the show.

The close relationships dancers form with their on-screen partners are often blamed for when their off-screen relationships suffer during their time on Strictly.

When Anna asked Rachel when she first fell in love with professional dancer Pasha, the maths whizz was keen to set the record straight.

“Well, that wasn’t until much later,” she said. “I mean Strictly…

“At the time I did it I was married. That was really short.”

Before wedding Pasha, Rachel married fellow former Oxford student Jamie Gilbert in August 2012, but announced they were separating in November 2013 while she was competing on Strictly.

When probed further about whether mentions of the “Strictly curse” ever annoyed her, Rachel spoke about her family.

“I mean I still get it, I’m never going to avoid it,” she sighed.

“But now it’s like: you know, we’ve got two children.

“At what point can you just not call my children ‘the Strictly curse’?” she asked incredulously.

The star also pointed out that she had appeared on the show “almost nine years ago” and concluded that she “only had to answer to herself and her family”.

Rachel and Pasha started dating after they competed in the 2013 series of Strictly, where they were eliminated in week 6 of the show,

The couple lost a dance-off against Abbey Clancy and Aljaž Škorjanec, who went on to win the series.

They married in 2019 and later that year Rachel gave birth to their first daughter Maven Aria.

In April 2021, she announced she was pregnant with their second child, giving birth to daughter Noa that November.

She has also co-presented The Gadget Show on Channel 5 and It’s Not Rocket Science on ITV.