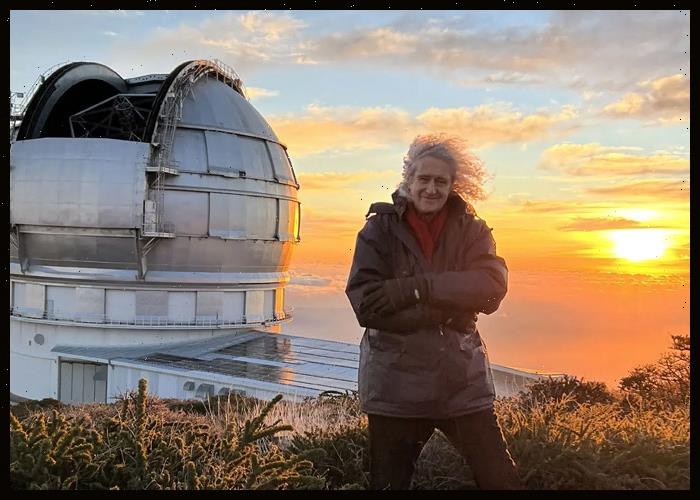 A newly-created performance video for the title track of Brian May‘s 1998 solo album Another World premiered on YouTube on Friday.

The video was recently filmed in the Canary Island locations where the Queen guitarist says he feels “closest to heaven.”

The atmospheric song is a highlight of the album, which is out now in a deluxe, multi-format edition in May’s Gold Series of reissues. The 2CD and box set formats feature the remastered original album and the Another Disc collection of remixes, rarities and live tracks.

Originally written by May for the film Sliding Doors, contractual issues prevented the song being used.

“‘Another World’ is all about how things might be in a parallel universe. I was kind of heartbroken when it didn’t work out, but I thought, ‘OK, this is my song. This is at the heart of what I’m doing.’ And it became the pivot around which my album revolved,” May says.

“Another World’ has a lot of meanings for me. It’s a love song, but it’s also about the different worlds which we can inhabit.” he added.

“This whole journey back into re-releasing this album has been a big thing for me, and it’s made me understand my history and what is inside me a lot better. I also feel that my portrayal of emotional turmoil and the search for light on this record can be very relevant to a whole new generation. So I’m happy to present it now.”