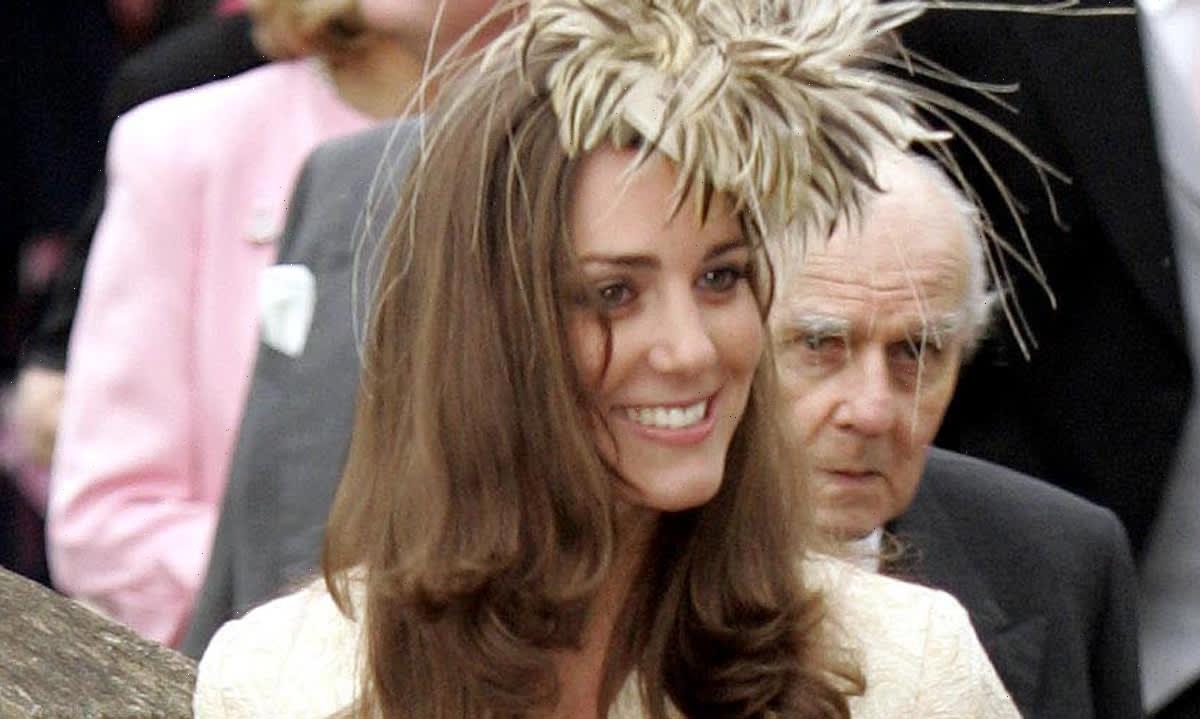 Queen Consort Camilla attended St Cyriac’s Church on Wednesday, where she was presented with an unseen royal wedding photo.

The snap was taken at her daughter Laura Lopes‘ nuptials with her husband Harry back in May 2006, which took place at the same church in Lacock. Camilla was pictured front and centre in a pale green dress and matching headpiece alongside her husband King Charles, while further royals such as Zara Tindall and the Prince and Princess of Wales could also be seen – and the latter stole the show with her outfit.

Hidden behind the groom’s party was Princess Kate, who was in the early stages of her relationship with her then-boyfriend Prince William at the time after meeting at St Andrews University. Although her outfit was largely obscured by her fellow wedding guests, her bold feathered fascinator took centre stage.

Positioned on top of her thick bouncy curls was a cream and grey hat which tied in with her cream lacy coat dress, which featured long sleeves, an elegant V-neck and a midi length.

Although she wasn’t pictured, Laura made a beautiful bride in a wedding dress by Anna Valentine – the same designer responsible for the two bridal gowns her mother Camilla wore to marry King Charles the year before. The royal opted for a cream silk chiffon dress with a matching coat for her civil ceremony, followed by a pale blue chiffon gown with a long-sleeved, gold-embroidered coat for her religious blessing.

Kate was pictured in a cream coat dress and feathered fascinator

Laura’s gown featured a V-neck and fluted sleeves with delicate embroidery, which she finished with a diamond-encrusted tiara that is believed to be a family heirloom from Camilla’s grandmother Sonia Rosemary Cubitt, Baroness Ashcombe.

Laura and Harry got married in May 2006

Some 18 months after their wedding day, in January 2008, Laura and Harry became first-time parents with the birth of daughter Eliza, followed by twins Gus and Louis in December 2009.

The Queen Consort had worn the same sparkly headpiece for her first wedding with Laura’s father Andrew Parker Bowles in July 1973.