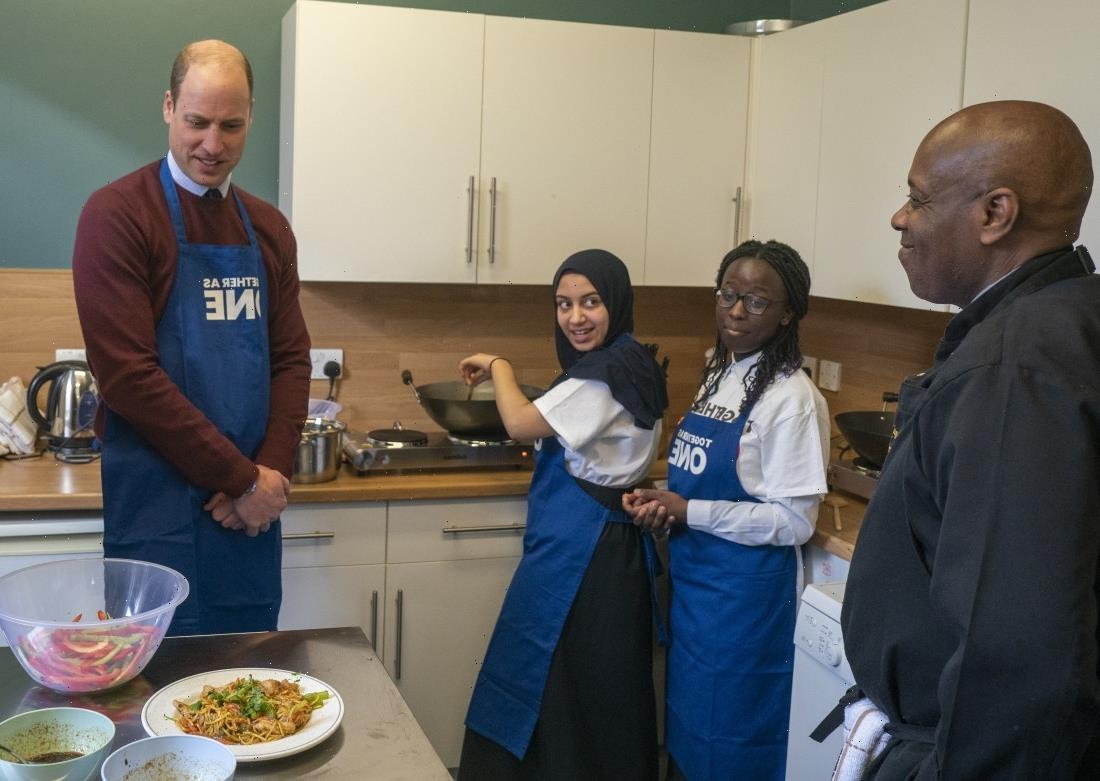 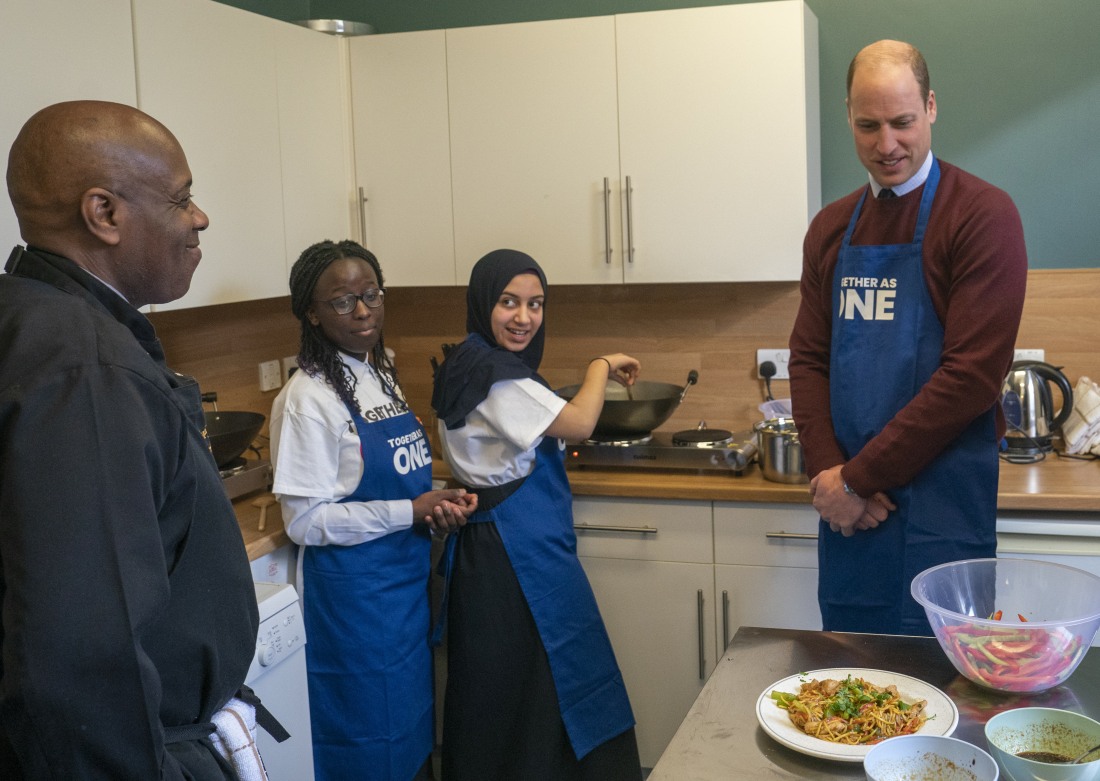 Prince William stepped out on Tuesday for his first solo event of the year. He went to Slough, where he toured the Together as One headquarters. Together as One (aka Aik Saath) was founded in the 1990s as a way to encourage youth leadership, anti-gang activism and anti-bullying activism. The organization acts as a sort of community center for communities of color, and helps provide skills to younger people. Skills like cooking. So of course William had to join the youths in the kitchen. Because of the not-so-invisible contract, no one asked William about the time four years ago when he violently assaulted his brother in Harry’s kitchen.

The Prince of Wales has boasted that his wife Kate is a ‘very good’ cook and he can make a ‘mean steak’ as he took part in a cooking class for young carers today. The father-of-three appeared in good spirits as he greeted staff and volunteers at the centre before then getting stuck into making some chicken teriyaki and noodles for lunch.

During the tour of the centre, Prince William learned about how the charity has spearheaded projects with an emphasis on mental health and tackling bullying, knife crime and racism.

He then took part in charity’s Global Grub cooking programme, which teaches young carers how to cook nutritious meals amid the cost of living crisis. As he walked into the kitchen, the Prince exclaimed: ‘Oh it smells good in here!’

After being informed by chef Kevin Muhammad that they were prepping a chicken teriyaki dish, the father laughed: ‘What time is it? 10, 11 in the morning? It’s making my stomach rumble.’

He added: ‘I do a bit of cooking, not much though. Catherine’s very good though. I do a mean steak. My sauces come out quite dry or lumpy – I’ve got to work on those!’

William took off his jacket and put on an apron to help with the dish the group were making and poured a bowl of pre-cooked noodles into the wok of simmering poultry.

He helped young carers Inaaya Shahab, 13, and Daisha Nakawagi, 12, prepare the noodles before tasting the fruits of their labour. ‘He said it was amazing,’ said Daisha, who told him she wanted to be a chef.

“…Which teaches young carers how to cook nutritious meals amid the cost of living crisis…” So these kids are learning how to cook on a budget, and William saunters in and grabs one of the meals they’ve cooked. And once again, William arrived empty-handed. He and his wife rarely – almost never – bring anything when they’re visiting poor communities, underserved communities or refugees. Anyway, these photos are horrible. I genuinely believe this was probably thrown together last minute because William was too lazy to go to his godfather’s funeral and people were asking too many questions.

Almost no one bowed or curtsied to him, right? Also: wash your hands before you start working in the kitchen. 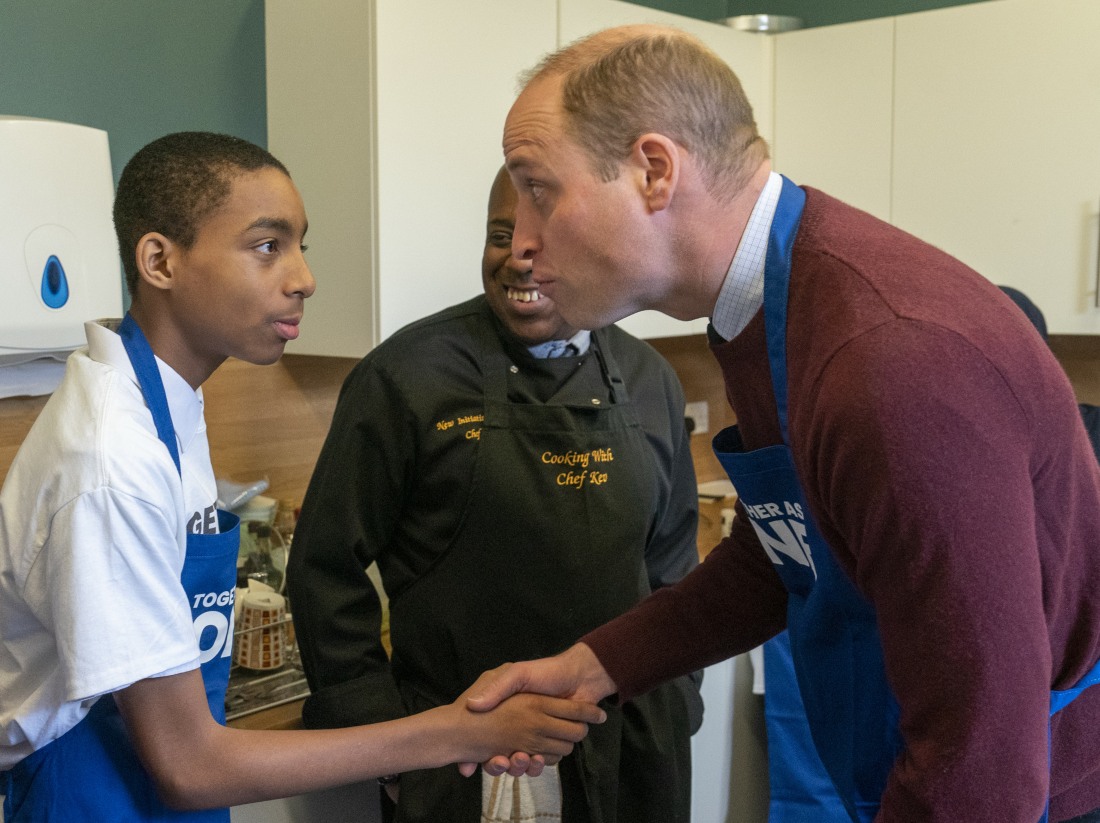 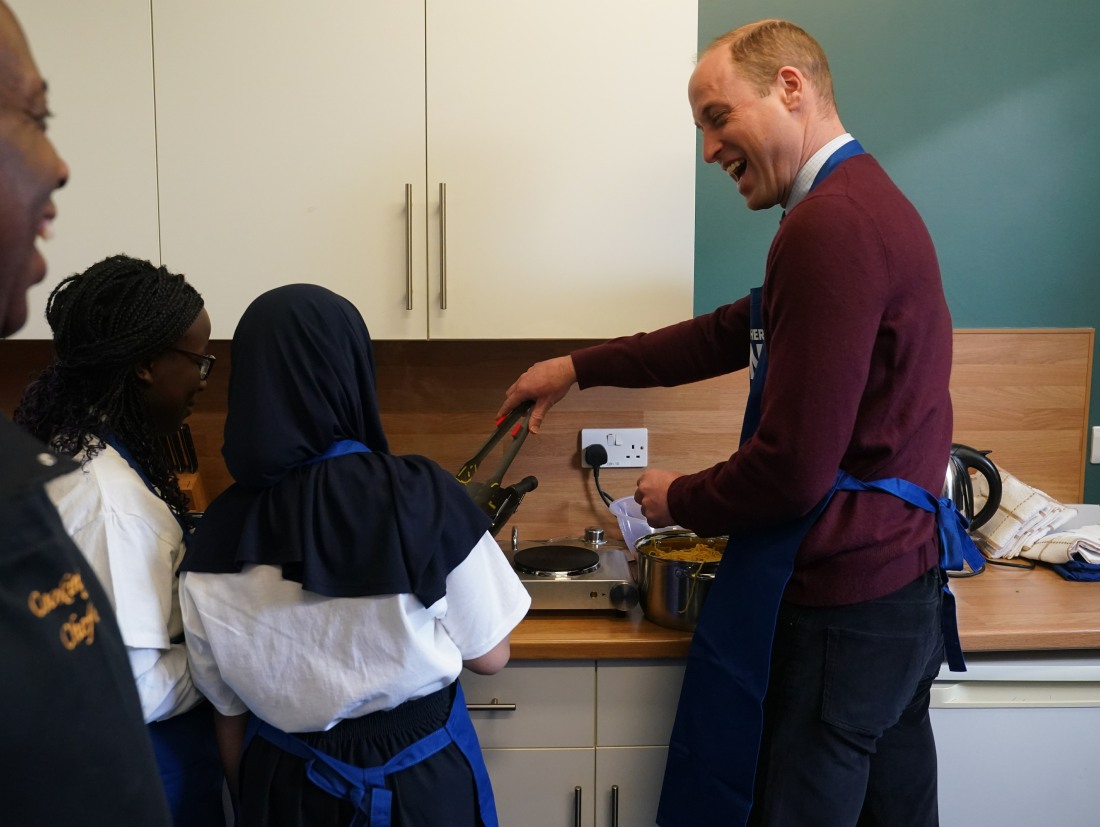