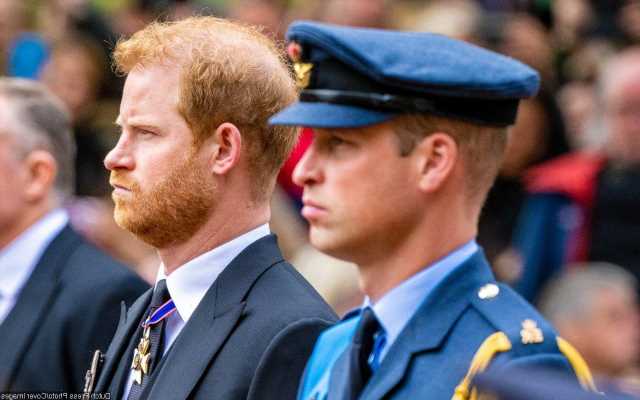 The Prince of Wales can be seen dodging the question during his first official engagement since the release of the Duke of Sussex’s autobiography, in which his brother levels some accusations at him.

AceShowbiz -Prince William ignored a reporter who asked if he had read his brother Prince Harry’s memoir. On Thursday, January 12, the royal dodged the question during his first official engagement since the release of the autobiography.

He visited the Open Door Charity in Merseyside with his wife Catherine, Princess of Wales, when Sky News journalist Inzamam Rashid asked him, “Have you had a chance to read your brother’s book?”

When William snubbed the query, the reporter asked a second time as saying, “Have you had a chance to read your brother’s again your Royal Highness?” However, the royal again refused to respond.

Mr Rashid previously asked William, “Is the Royal Family a racist family?” after Harry and his wife Meghan Markle, Duchess of Sussex, accused the institution of racism during their 2021 interview with Oprah Winfrey. William replied to Mr Rashid, “We are very much not a racist family”, and when the journalist asked if he had spoke to Harry since the Oprah interview, the royal said, “No, I haven’t spoken to him, but I will do.”

Accusations levelled at William in Harry’s memoir “Spare” include that William attacked hum and threw him on the floor during a row in which he alleged William called Meghan “difficult” and “rude.” William did tell royal fans during his visit to Liverpool he would “keep going” amid the fallout from Harry’s book claims. The Prince and Princess of Wales also visited the new Royal Liverpool University Hospital, which opened in October.