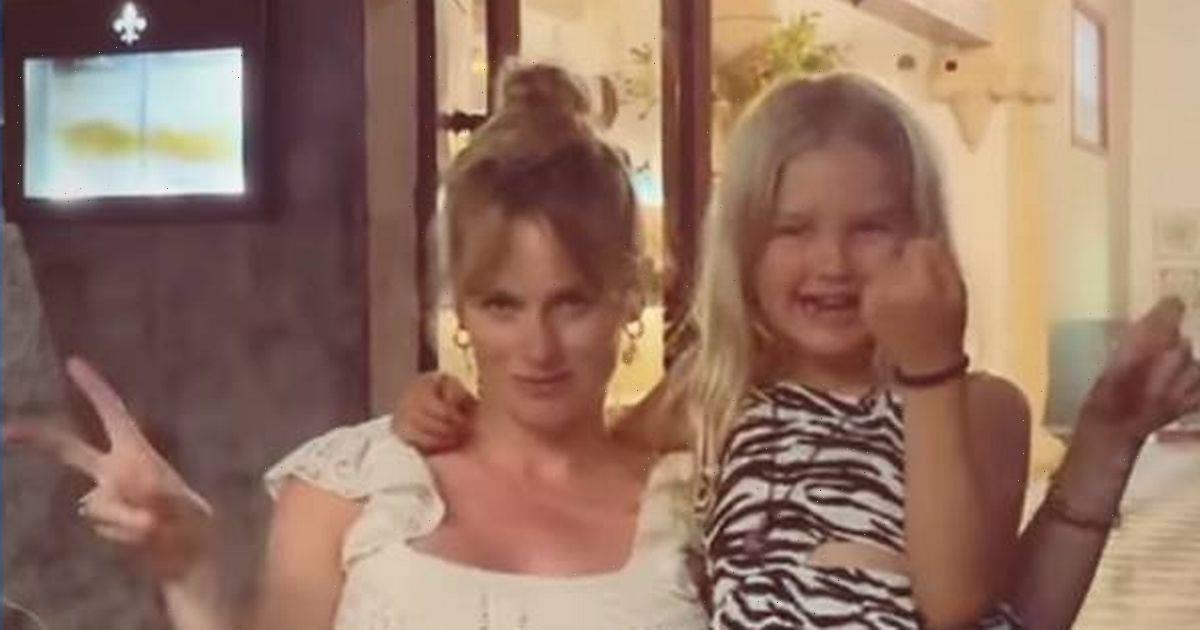 Prince Harry’s ex-girlfriend Cressida Bonas was seen dancing in a sweet video with her niece as she prepares to welcome her first child.

The pregnant actress, 33, was seen enjoying an evening out at a restaurant when she posted an adorable video, dancing with her niece with her blossoming bump clearly visible.

In the video, Cressida can be seen at the dinner table wearing a cream lace top and with her blonde hair in a bun as her niece stands next to each other with the pair performing a series of clicks and head nods in time to music.

Captioning the video, Cressida simply wrote “Sass” and included the sassy woman emoji next to it.

Cressida and Prince Harry dated for two years between 2012 and 2014, with the couple having been introduced to each other by Princess Eugenie.

The star later started a new relationship with her property developer husband and the couple married in 2020 with only a handful of guests present.

Cressida announced her engagement to now husband Harry in August 2018, four years after they rekindled their romance. The pair are believed to have met when they were both students at Leeds University.

The couple are thought to have briefly dated before the property developer left for a year abroad in Argentina and got together again following Cressida’s break-up from Prince Harry.

It comes after a royal expert recently claimed that Cressida was “spooked” by Kate Middleton, leading to her ending her two year relationship with the prince.

Royal expert Robert Lacey has written in his book, Battle of Brothers about Prince William and Harry, that it was the royal tour of Australia and New Zealand by The Duke and Duchess of Cambridge that “spooked” the actress.

OK!'s Diana, Princess of Wales special edition is on sale now, priced £9.99. It is available to buy in stores and online here

Robert wrote: "A rising actress, Cressida did not enjoy the critical remarks that she could hear people making behind her back when she walked down the street in London – she felt that the fame of her relationship put her 'in a box'.

"In 2014, she was said to have been 'completely spooked' after watching the TV coverage of William and Kate touring New Zealand with baby George in tow – that was not the way she would want to enjoy her eight month old son, she regretfully explained to Harry."

OK! previously contacted a representative for Cressida for comment.