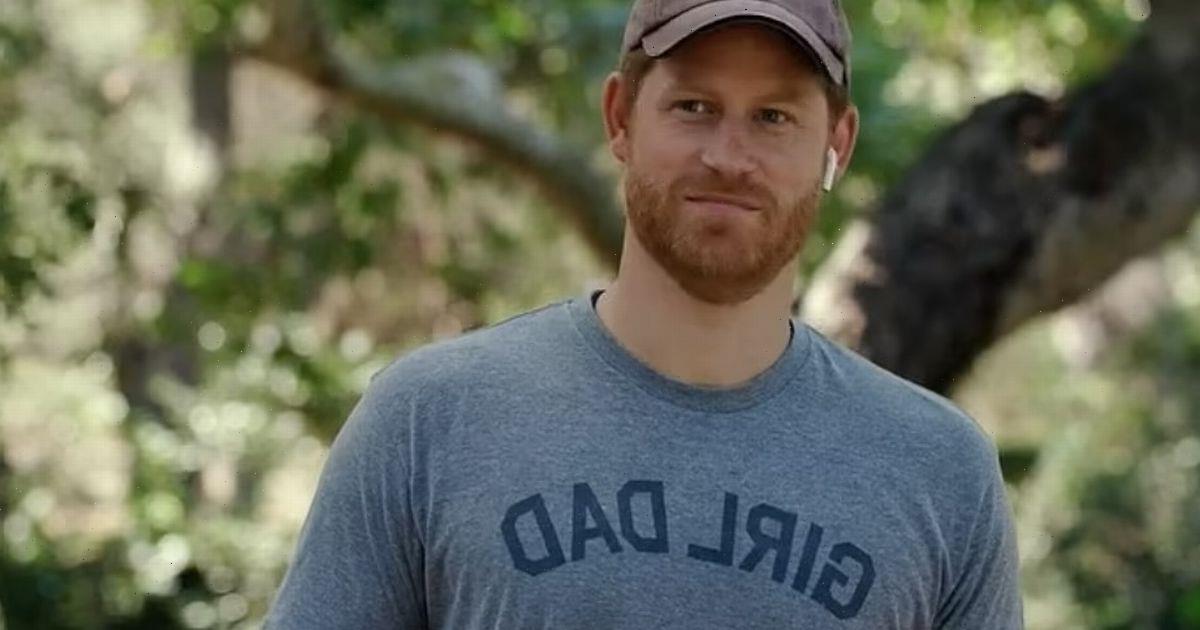 Prince Harry has taken part in a television skit to promote his new eco-travel campaign Travalyst, which encourages travellers to consider sustainable options for their next trip.

The Duke Of Sussex, who teased a "major announcement" in New Zealand before the video was released, was seen wearing a top with the words 'GIRL DAD' on it, in a sweet nod to his baby daughter Lilibet, as he headed for a jog in the pre-recorded skit.

The clip sees the 37 year old stopped on his run by "rating agents", played by actors Rhys Darby and Dave Fane, who give him a positive rating for turning off the tap while brushing his teeth during his holiday in New Zealand.

However, he then has points deducted by the agent who claims he left a lolly wrapper behind during his tour of the country with Meghan Markle in 2018.

Harry, who founded the travel initiative in September 2019, is then given three and a half stars as stamps on his arm, for using one towel and buying local honey during his holiday.

In an official statement, Harry said: "In a world where we're tasked with rating so many things, we're now asking: what if your destination rated you?

"Starting in beautiful Aotearoa, New Zealand, we're launching our first campaign. There is a well-known Maori proverb: Ehara taku toa i te toa takitahi, ēngari he toa takitini (success is not the work of an individual, but the work of many) – we invite you to be a part of our many."

The royal also told Te Ao Maori News: "For our campaign, we are encouraging people to flip the script. We are always being asked for our feedback on our trips and experiences, but what would happen if our holiday rated us?

"It's an important question to ask, and we want all of you to help us answer it."

He also praised Maori culture, which he said, "inherently understands sustainable practices and how to take better care of our life-giving-land, which are critical lessons which we can all learn".

Harry and Meghan made waves down under when they travelled to New Zealand for an official Royal visit back in 2018.

Before that, the prince travelled over in 2015 and quickly became popular with the local people, even managing to learn a Haka dance in 20 minutes.

It is thought that the Duke and Duchess considered whether to emigrate to the country following their departure from the UK and decision to step down as senior members of the Royal family in 2020.

In the end, they settled in Los Angeles, but it is a country and culture close to the couple's hearts.

For all the latest royal stories, sign up for OK! 's royal newsletter here.