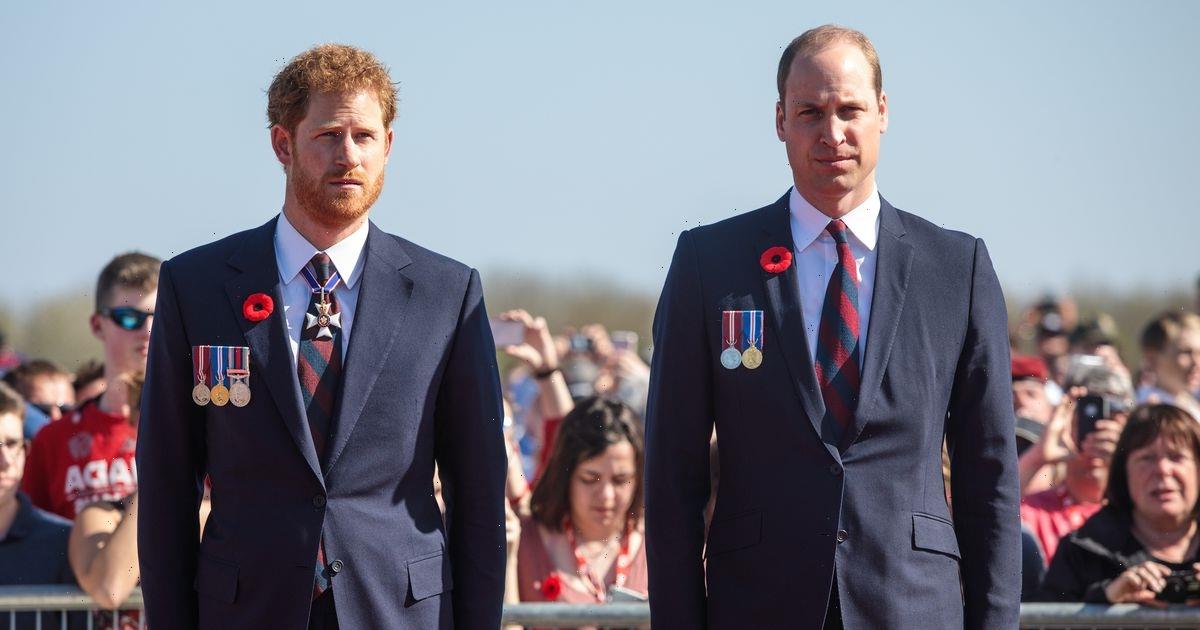 Prince Harry looked back on reuniting with his brother Prince William at Prince Philip's funeral back in April 2021 during his memoir Spare.

And on the day that the two brothers said goodbye to their grandfather, the Duke of Sussex, 38, shares how the Prince of Wales, 40, forced him to look into his eyes so he could tell him he loved him and how he wanted him to be happy.

Harry claims William pulled him back and said to him: "Harold you must listen to me, I just want you to be happy, Harold, I swear, I swear on mummy’s life."

He explains that the words "on mummy's life" was their "secret code, the universal password".

He added: "Ever since we were boys those three words were to be used only in times of extreme crisis, ‘on mummy’s life.'"

Harry revealed he and William reserved that vow for the times when they believed one of them needed to be heard.

"It stopped me cold, as it was meant to," he said. "Not because he'd used it, but because it didn’t work. I simply didn’t believe him."

It comes after Harry sat down in an interview with CNN's Anderson Cooper to promote his autobiography – and the Duke has said he is “not texting” his brother.

In his book, Harry claims William allegedly physically attacked him at his London home of Nottingham Cottage in 2019.

“Do you speak to William now, do you text?” Anderson Cooper asked him.

“Currently, no, but I look forward to us being able to find peace,” Harry replied.

Asked how long it had been since he had spoken to his father King Charles, he said: “We haven’t spoken for quite a while, no, not recently.”

Harry also described the Queen Consort as “the villain” in an incendiary interview in the US.

“She was the villain. She was the third person in their marriage,” he said. “She needed to rehabilitate her image.”

He spoke of how he and William tried to deter their father from marrying Camilla: "We didn’t think it was necessary. We thought that it was going to cause more harm than good, and that if he was now with his person that surely that’s enough. Why go that far when you don’t necessarily need to?”

Harry later labelled Camilla as "dangerous", saying: "[Her need to rehabilitate her image] made her dangerous because of the connections that she that she was forging within the British press. And there was open willingness on both sides to trade of information."

He continued: "And with a family built on hierarchy, and with her, on the way to being Queen Consort, there was gonna be people or bodies left in the street because of that."