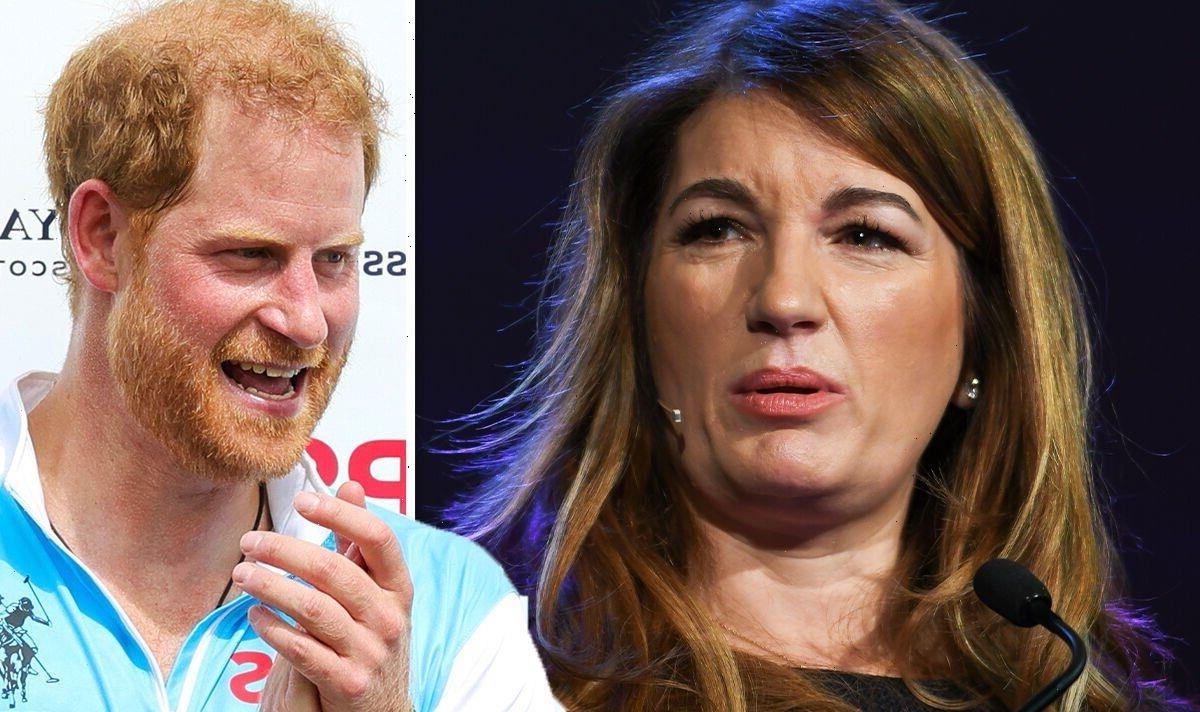 Prince Harry has been slammed by Karren Brady following his trip to Aspen, Colorado, earlier this week. In her latest column, the Apprentice star, 53, took issue with the way the Duke of Sussex, 37, travelled to the polo tournament he was playing in after he took a private jet to the game.

So much for being a man of the people

Karren didn’t hold back as she branded the Duke “pampered”, after it was revealed he caught a private jet to the polo tournament.

The Duke of Sussex rode to victory after playing in the annual Sentebale ISPS Handa Polo Cup.

However, The Apprentice star told how it wasn’t the Prince’s “skill” which captured her attention.

Karren wrote: “The pampered prince flew out of California on a £7.6million private jet but the plane was left idling on the tarmac for 30 minutes. 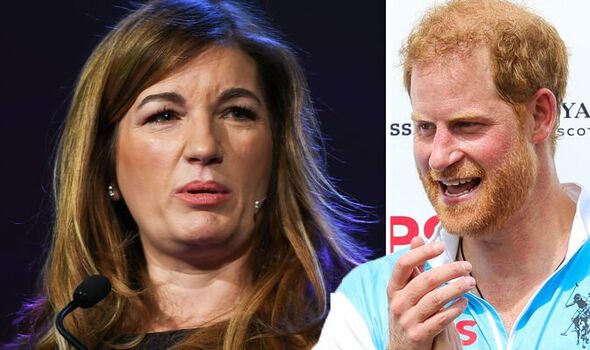 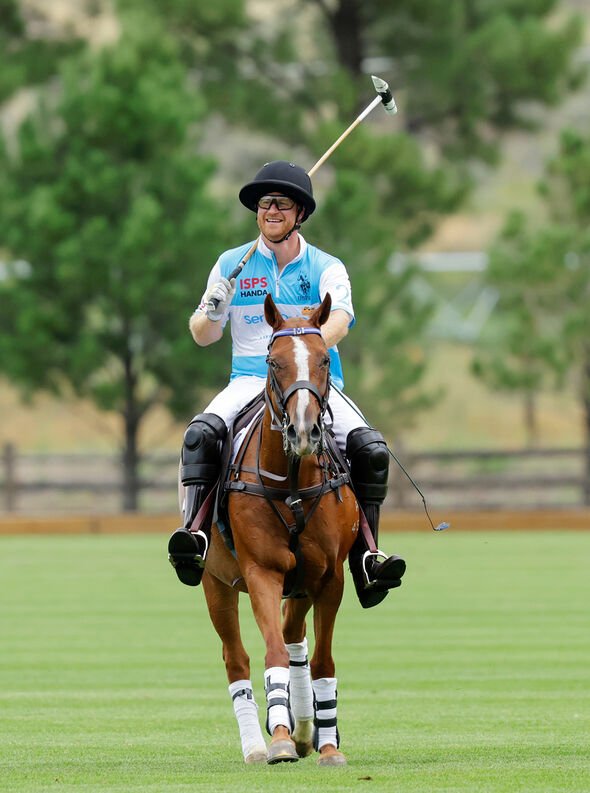 “It only took off after two flunkies carrying his polo mallets and kit loaded his gear.

“So much for being a man of the people,” she wrote in her column for The Sun.

It comes as the Prince flew 1,000 miles for a one-day polo tournament from his home in Montecito, California to Aspen.

His polo equipment travelled in a separate car to the jet. 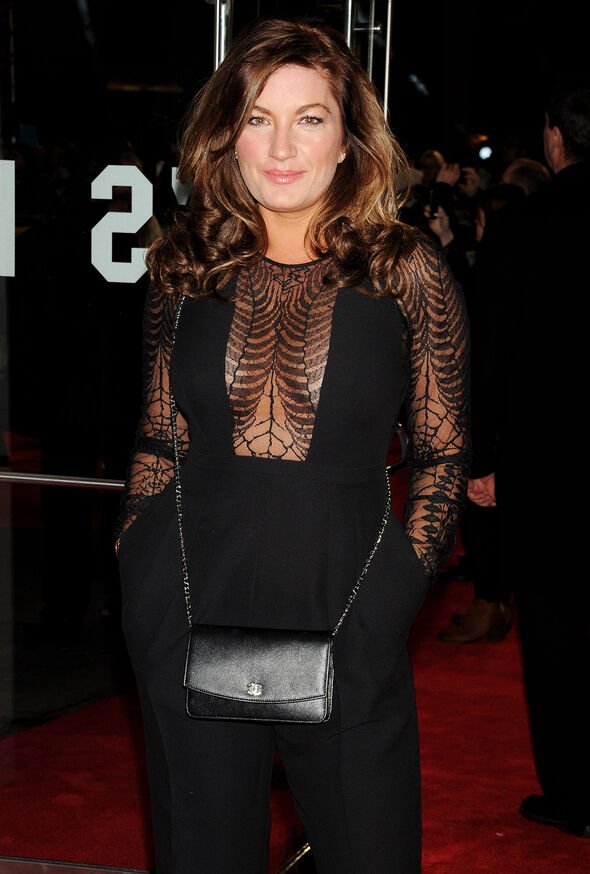 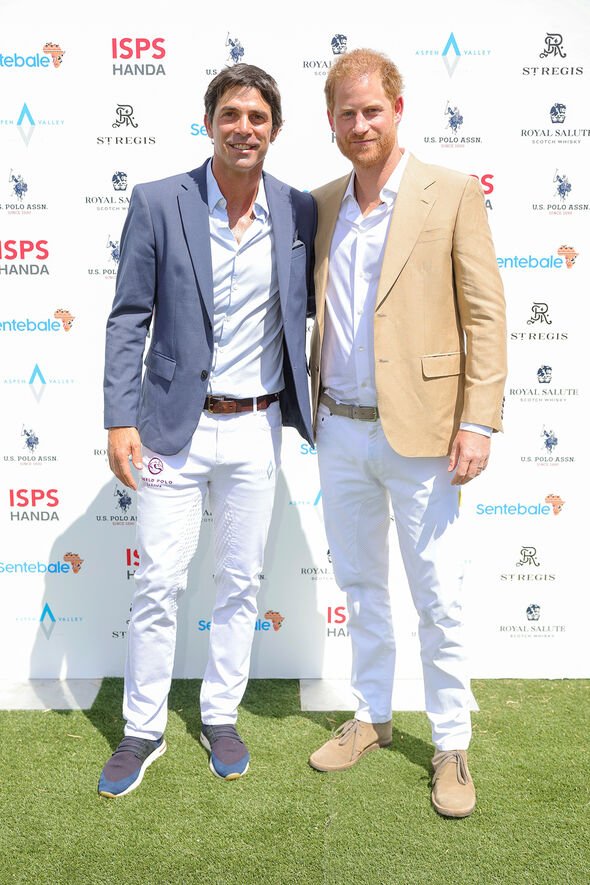 The Duke was spotted arriving to board a private jet close to his home, while his polo equipment arrived half an hour later and was carried into the hold by members of staff before the plane left for Aspen.

It’s understood the royal was offered a lift on the jet which was already taking attendees to the tournament.

Harry has previously defended his use of private jets following backlash.

Following the polo tournament, the Duke is believed to have flown back to California via commercial airline.

He said: “He is loyal, and competitive, and he cares.

“Our relationship has evolved over the years, and he doesn’t seem to try to impress me,” he added to HELLO! Magazine.

He described the “happy” family the Duke has built with his wife, Meghan Markle.

The Duke and Duchess of Sussex welcomed their first child, Archie Harrison Mountbatten-Windsor, back in 2019.

The couple’s youngest child, Lilibet Diana, was born in June 2021.

Mr Figueras said: “I have known him for so long and he has always wanted someone to love and marry and have a family with, so it makes me so happy to see them happy and with two beautiful children.”