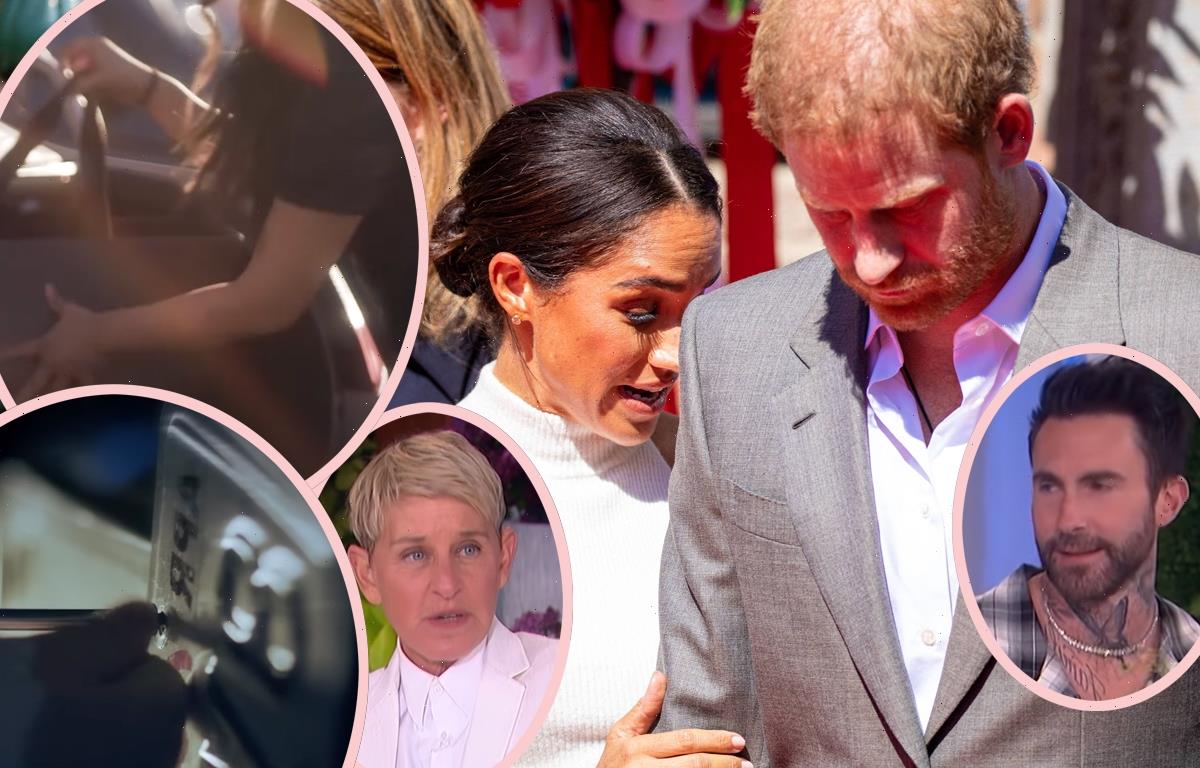 Man, look at Netflix killing it with the cross-promotion!

Last week their new true crime docuseries The Real Bling Ring: Hollywood Heist premiered, and this week their collaborators Prince Harry and Meghan Markle are in the crosshairs of a new ring of burglars?? Clever viral marketing!

OK, getting serious here… There really is apparently a new crime wave crashing on the Sussexes’ high-priced beachside neighborhood, as well as a few around it. The Santa Barbara Sheriff’s Department is installing extra security in the area in the form of license plate recognition cameras. The Montecito Association sent out a warning to Harry and Meghan, as well as other residents, explaining the cameras were “in response to the high-value property crime we’ve experienced recently.” They added:

“These crimes are being committed by sophisticated out-of-the-area theft gangs.”

The six high-tech cameras should give police a better idea who was in the area at the time of any given burglaries as they can identify not just license plate numbers but also make, model, and even body damage on passing cars.

“We’ve had some problems with professional burglars coming into the Montecito community. We want these cameras up and running as quickly as possible to capture these folks as they come and go from the area. They have a proven ability to aid investigators effectively solve crimes by providing leads on vehicles that were in an area when a crime is committed. They help speed up investigations, and they are a force multiplier; they’re out there working 24/7, rain or shine.”

He added that the technology here isn’t for traffic enforcement and won’t recognize their famous faces:

“It does not involve facial recognition, and the data will be deleted after 30 days unless it is part of an investigation.”

Other big names in the area include Jennifer Aniston, Ellen DeGeneres, Katy Perry, Ariana Grande, Scooter Braun, Rob Lowe, and Adam Levine. These are all stars whose activities — like when they’re on vacation for an extended period or, say, bringing their whole families along for a Las Vegas residency to show a united front during a cheating scandal. For instance. The whole thing reminds us of the burglars in 2018 who hit celebs because they could see when they were and weren’t home on social media.

You may have heard, there were actually two separate intruder alerts at Meghan and Harry’s home in May alone. So this is probably a good call on the part of local police. Of course, it might be smart of the burglars to just steal the cameras — they’re worth $2,500 apiece!

Here’s hoping everyone stays safe! What do YOU think of this technology?