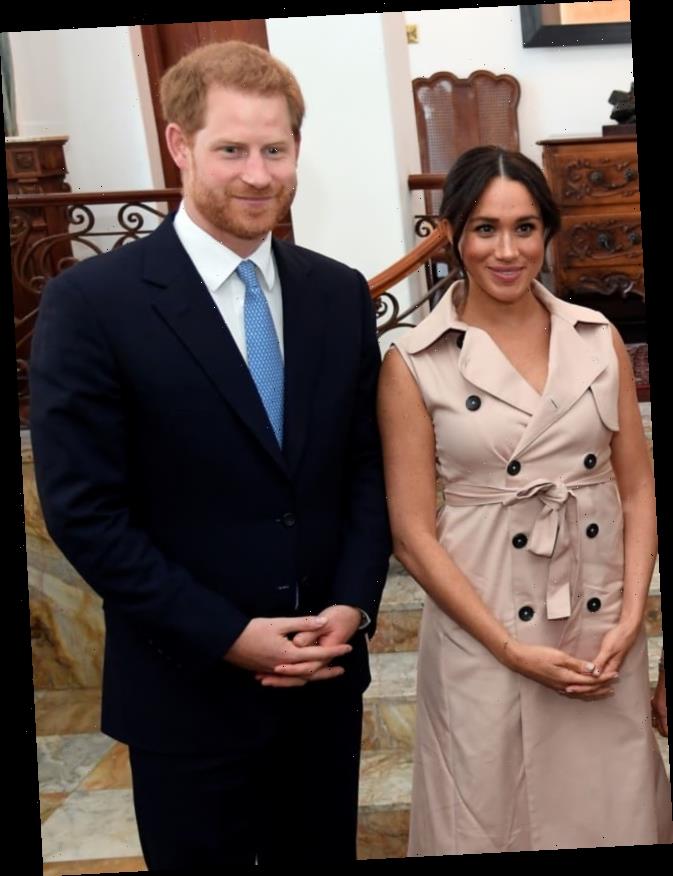 Back in March, Prince Harry and Meghan Markle moved to Los Angeles from the Vancouver Island mansion that had served as their home for several weeks prior.

The Duke and Duchess of Sussex took some flak for moving in the middle of a pandemic, when they could have stayed put in Canada for as long as they would have liked.

But according to insiders, Meghan regarded Vancouver as a temporary pit stop, and she was chomping at the bit to show Harry everything that she loved about her hometown of LA.

Thus far, however, it seems that Harry is unimpressed, to say the least.

Like most of the country, Los Angeles is still doing its best to slow the spread of the coronavirus, and as a result, much of the city is locked down.

Harry and Meghan have a young child at home, and so they’ve been playing it extra safe and spending most of their time secluded in the 18-bedroom mansion — owned by Tyler Perry — that’s currently serving as their home.

Obviously, it’s not an ideal situation for either parent, but insiders say Harry is struggling in particular, as he’s desperately homesick and deeply concerned that he made the wrong move by coming to America.

According to a quoted source in the new book,  Royals At War: The Inside Story of Harry and Meghan’s Shocking Split With the House of Windsor, Harry is “overwhelmed with guilt over not being closer to home while this [the pandemic] is going on.”

Meghan, meanwhile, is attempting to run damage control and convince Harry that better days are ahead.

“She’s assuring [Harry] that once things go back to normal, he’ll love their new life in LA,” says the insider.

“Meghan wants to take him hiking and talks about the local polo club and how much he’ll love surfing.”

Yes, the sight of Harry on a surf board might sound amusing to us, but it seems the prince himself is less than thrilled by the idea.

“On top of it all, he’s got cabin fever,” adds the source.

“It was far from an ideal situation. Harry’s gone from feeling excited about the move to feeling secretly tortured.”

Harry’s biggest concerns, of course, have to do with the fact that his grandmother is elderly and his father has battled health issues.

Prince Charles was diagnosed with Covid-19 earlier this year, and it seems Harry was guilt-stricken by his inability to be by his side.

“It hit home for him that Charles and the Queen aren’t going to be around forever,” says the source.

“Harry’s biggest fear is not being there if his grandmother were to die.”

Meanwhile, it seems the feud between Meghan and Kate Middleton has not subsided as a result of the distance between the duchesses.

In fact, the informant claims Kate and Prince William are more upset with Meg than ever before.

“They think it’s unfair that Harry and Meghan still get to reap the rewards of being part of the royal family without having to put in any effort,” says the insider.

“Meghan has always been fascinated with the creation of a ‘brand,’” the source continues.

“I do not believe she married Harry with that solely in mind, but it was a determining factor.”

The tipster may take a generous view of the situation, but apparently, many members of Harry’s family believe Meghan sees her husband first and foremost as an opportunity.

“They think it’s pathetic how Meghan works Harry like her own personal puppet,” says a source. “They’ve resigned themselves to losing the Harry they once knew for the foreseeable future.”

But these days, it seems Meg is unconcerned about her never-ending feud with Kate.

Insiders say she feels like she left LA as a D-lister and returned as a conquering hero — and she’s determined to solidify her standing among the film industry’s best and brightest.

“They are in touch with a number of LA power players and are looking forward to hosting dinner parties with the likes of George and Amal Clooney and big-time movie producer Jeffrey Katzenberg,”

“Image has always been everything to Meghan Markle,” a friend of hers is quoted in the book as saying. “It’s now more important for her than ever before because with the Queen’s money no longer pouring in, she needs income.”

As for Harry, he’s reportedly planning to return to the spotlight once the pandemic subsides, but don’t expect to see him on the big screen alongside Meghan.

“We’ll see him on camera, mostly as a spokesperson,” a source tells the authors. “He’s not trying to be the next Brad Pitt or anything. He understands it’s a risky venture. Harry knows Hollywood is fickle.

“He wants to get everything right from the beginning and if it all goes well, he’ll use the exposure to shine a light on worthy causes. With Harry and Meghan, it’s not just about making a fast buck — there has to be purpose behind their work.”

Whatever the case, insiders say that despite the fact that their dreams are not always in perfect alignment, Harry and Meghan will be sticking close to one another.

“She is his one survival strategy for his greatest dream — a life forever free of being a royal,” says the insider.