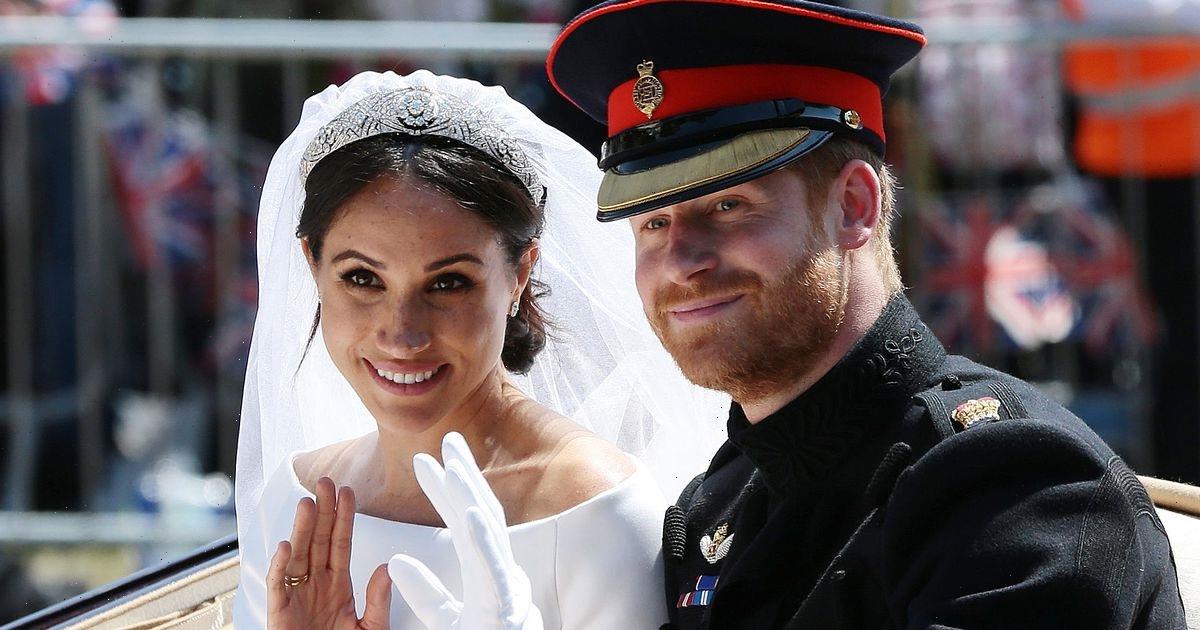 Prince Harry reportedly "flew into a rage" whenMeghan Marklewas banned from wearing her tiara of choice on her wedding day, according to a royal biography.

Meghan had her heart set on an emerald headdress that had been in the Royal Family’s possession since the Russian revolution, it has been claimed.

But, according to a book by author Robert Lacey, when the lateQueen Elizabethfound out, she said no.

Her response that it “comes from Russia” was "code for sensitive origin", Mr Lacey noted.

The decision is said to have angered Prince Harry ahead of his wedding to Meghan in Windsor in 2018.

According toThe Daily Express, Mr Lacey alleges in his book that Harry "flew into a rage" despite the tiara’s sensitive origin.

He added: "Harry's ignorance of both history and family tradition meant that he had no understanding of this subtlety."

Mr Lacey, in his book Battle of Brothers: William and Harry – the Friendship and the Feuds, wrote there was "scandal attached to the tiara Meghan desired" and it was "seldom, if ever, put on public display".

The entire Russian Imperial Romanov family – including Tsar Nicholas II – was murdered in 1918 by Bolshevik revolutionaries. Some of the jewels from the Romanovs made their way to the UK as family members fled the country and smuggled them out.

Mr Lacey wrote: “There was scandal attached about which Tsarist princess had worn the tiara and how she had been assassinated.”

It was thought the headdress would not have painted the palace or Meghan in a positive light.

Instead of her first choice of headpiece, Meghan was loaned Queen Mary's tiara by the late Queen Elizabeth II.

It had been made for the Mary, a former Queen Consort and Elizabeth II’s grandmother, in 1911.

Queen Mary wore the tiara when she was crowned alongside her husband, King George V.

Earlier this week, Meghan spoke about the Queen's death for the first time in a new interview – describing it as a "complicated time" for the family.

Speaking for a cover story in the latest edition of Variety magazine, she said: "There’s been such an outpouring of love and support. I’m really grateful that I was able to be with my husband to support him, especially during that time.

"What’s so beautiful is to look at the legacy that his grandmother was able to leave on so many fronts. Certainly, in terms of female leadership, she is the most shining example of what that looks like.

"I feel deep gratitude to have been able to spend time with her and get to know her. It’s been a complicated time, but my husband, ever the optimist, said, ‘Now she’s reunited with her husband’.”