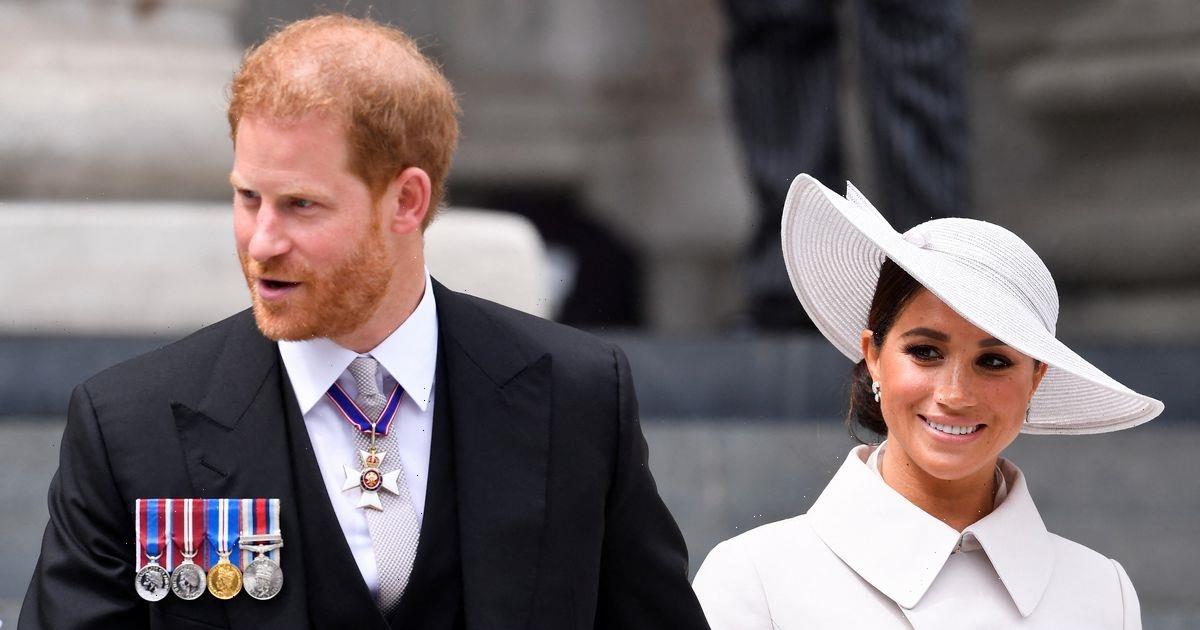 Prince Harry and Meghan Markle have released a brand new official picture of their daughter Lilibet as they reflected on the little girl's first birthday.

The Duke and Duchess of Sussex's daughter, who was born in California, was adorable as she grinned in the snap and appeared to have so many similarities to her dad.

Sporting a head full of strawberry blonde hair, the little girl was bathed in the sunlight as she posed for her parents in a gorgeous light blue and white dress.

It comes as the Duke and Duchess have just spent their daughter's birthday in the UK as they reunited with the royal family for the Queen's Platinum Jubilee.

Lilibet also wore a white cotton bow in her hair, which was loose and curly as she enjoyed the sunshine during a birthday party at Frogmore Cottage, Harry and Meghan's residence in the UK.

In the background, fans can see details of the Sussexes' Royal gardens, with pillars and immaculate garden hedges too.

A spokesperson for the Sussexes said that they celebrated their daughter's first birthday with a "casual intimate backyard picnic".

A small group of close family and friends were in attendance for the 'do.

The spokesperson also said Harry and Meghan were "incredibly touched" by the well-wishes they'd received for their daughter's first birthday.

As well as some food and drink, Lilibet also had a special birthday cake made and decorated by Royal baker Claire Ptak.

Claire's own business Violet Bakery also made Harry and Meghan's own wedding cake back in 2018, ensuring a special personal touch for the day.

The couple's favourite family photographer Misan Harriman took the snap, as he attended the party with his own family.

Misan has previously taken black and white photos of Meghan and Harry while she was pregnant with Lili, and joined the Dukle at the Invictus Games earlier this year.