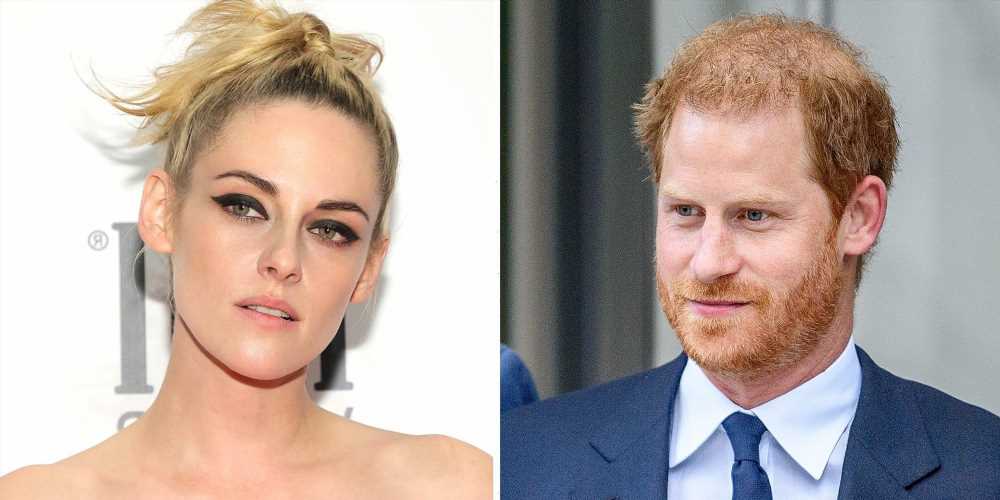 Assuming that the Oscars are still happening this year, sources close to the afterparties and big events around the awards show say that they expect newly minted California residents Prince Harry and Meghan Markle to make an appearance — but nobody expected a certain Twilight star to put a snag in those major plans. Sources told OK! that Harry and Meghan might skip out on the Oscars altogether to avoid a run-in with Kristen Stewart, who played Princess Diana in the critically acclaimed Spencer, which is expected to nab her a Best Actress nomination.

"It's struck a sour note with Harry. He's pretty appalled by the film," a source told OK! Of course, it's understandable that he probably doesn't want to be associated with a movie that dramatizes a very specific moment in his late mother's life. This could rob royal fans of a huge red carpet moment at the 94th Academy Awards. The source added that the Sussexes "have been invited to all the big events and planned on attending the Oscars, too, but they'd almost certainly come face-to-face with Stewart since she's a lock for a Best Actress nomination."

There's no guarantee either way just yet. There's still time to figure things out, after all, and people close to the couple explain that Meghan might be able to convince Harry that it won't be that big of a deal. She reportedly "figures they can just ignore Kristen or be briefly polite, but Harry's not one to be fake, and his nerves are still raw," a source noted. "He's actually thinking about skipping the Oscars, but Meghan really wants back into the Hollywood scene."