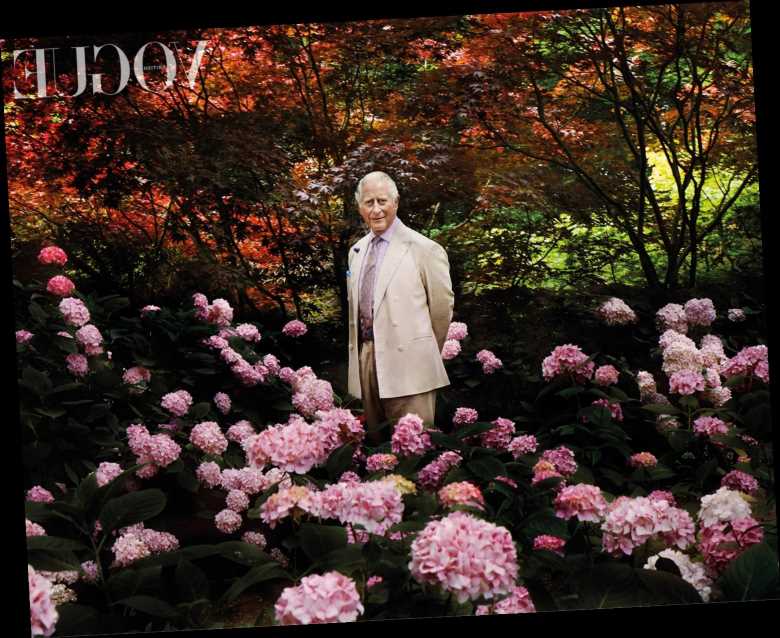 Prince Charles has been hailed something of a style icon — and he's being royally coy about it.

“I thought I was like a stopped clock – I’m right twice every 24 hours. But . . . I’m very glad you think it has style,” he tells the latest issue of British Vogue when admired for the way he dresses.

“I’m lucky because I can find marvellous people who are brilliant makers of the things that I appreciate, and because of that, I try to keep them going for longer," he adds.

Charles spoke to editor-in-chief Edward Enninful – who worked closely with Meghan Markle for her British Vogue issue in the summer of 2019 – to highlight the drive for sustainable fashion.

The prince has a reputation for mending and repairing his bespoke leather shoes and patching up old suits that are handmade in tailors’ haven, Saville Row, in London. “I happen to be one of those people who’d get shoes – or any item of clothing – repaired if I can, rather than just throw it away. And that’s why I think, from an economic point of view, there are huge opportunities for people to set up small businesses involved with repair, maintenance and reuse,” Charles, 71, tells the December issue of the magazine, which is out Friday.

“When I was a child, we used to take our shoes down to the cobbler in Scotland and would watch with fascination as he ripped the soles off and then put new soles on," he says.

And his Prince’s Foundation has set up a training program — called The Modern Artisan Project – and those students are about to launch a fashion collection with commercially viable sustainability at its core.

“The British fashion textile sector is of enormous importance. But the trouble is, it requires constant investment in young people and in the development of real skills," he says. “And a lot of the students we train here are snapped up by local firms – the ones that are left in the textile sector. But it seems to me there are huge opportunities, particularly now, within the whole sustainable fashion sector, to counter this extraordinary trend of throw-away clothing – or throw away everything, frankly," he adds.

The prince, who has been an environmental advocate for several decades throughout his public life, says consumers can help counter the increasing throwaway culture of fast-fashion and clothing.

“The consumer has immense power in deciding where to buy from, and the best companies will lead the way, we hope, in demonstrating that if you follow the right principles of operation, not only are you moving more and more towards net-zero but also you’re removing pollution from supply chains.”

And he says that when he was awarding Royal Warrants to suppliers to his household, he and his staff would check that the companies were operating as environmentally-sensitive as possible.

“There were howls of protest and anguish and gnashing of teeth and they all said, 'It’ll ruin our businesses.' I said, 'Sorry, we have to do it.' So of course, they went away, looked at their supply chains, looked at the way they did things. Lo and behold, they came back and said, ‘Well, actually, it’s saved us money to do it in a better way,' " Charles adds.