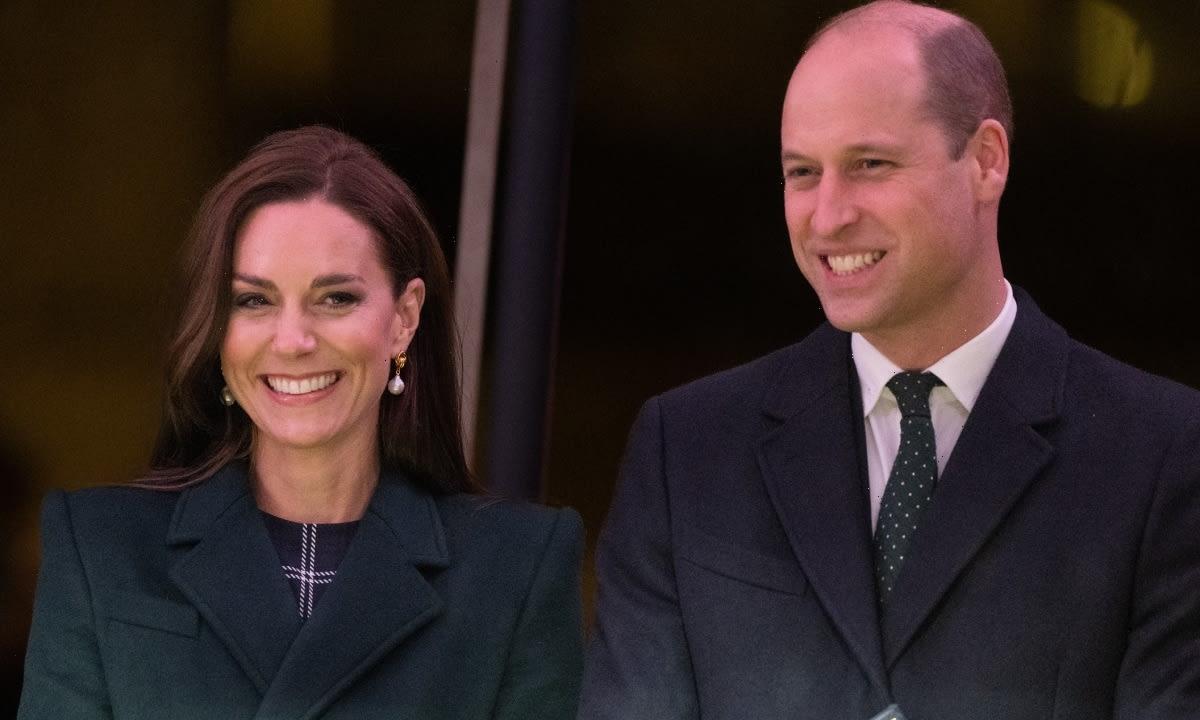 The Prince and Princess of Wales lit Boston up in green on Wednesday as they began the countdown to Friday’s Earthshot Prize Awards Ceremony.

William and Kate pressed a button to light up the rainy evening after joining Mayor of Boston Michelle Wu and Massachusetts Governor-Elect Maura Healey at Speaker’s Corner outside Boston City Hall, which was one of 16 landmarks transformed by lights to kick off the celebration.

WATCH: Prince and Princess of Wales praise ‘hardy Bostonians’ as they arrive in US

Addressing the crowd gathered outside, the Prince thanked “all the hardy Bostonians braving the rain this evening”.

He went on: “Catherine and I are absolutely delighted to be with you today, for our first engagement in the great city of Boston, as we start the countdown to The Earthshot Prize Awards this Friday. Thank you to Mayor Wu and Reverend White-Hammond,for all your support for The Earthshot Prize.

‘There are two reasons why Boston was the obvious choice to be the home of The Earthshot Prize in its second year. Sixty years ago, President John F. Kennedy’s “Moonshot” speech laid down a challenge to American innovation and ingenuity. ‘’e choose to go to the moon,’ he said, ‘not because it is easy but because it is hard.’

“It was that Moonshot speech that inspired me to launch the Earthshot Prize with the aim of doing the same for climate change as President Kennedy did for the space race. And where better to hold this year’s Awards Ceremony than in President Kennedy’s hometown, in partnership with his daughter and the Foundation that continues his legacy.” 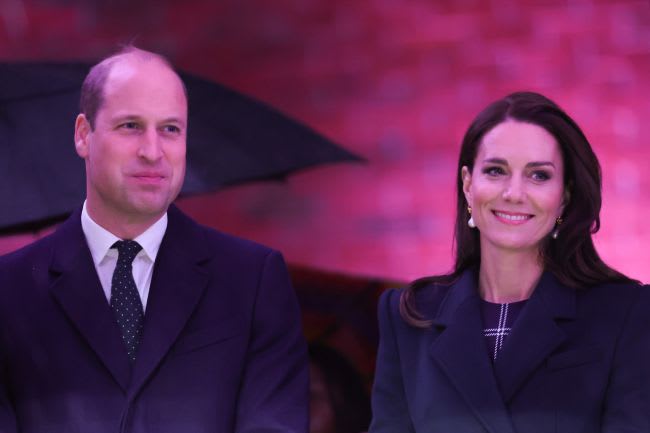 Willam continued: “Boston was also the obvious choice because your universities, research centres and vibrant start-up scene make you a global leader in science, innovation and boundless ambition. Mayor Wu, you have also been a leader in putting climate policies at the heart of your Administration. Thank you.”

William went on: “Like President Kennedy, Catherine and I firmly believe that we all have it in ourselves to achieve great things, and that human beings have the ability to lead, innovate and problem-solve. We cannot wait to celebrate The Earthshot Prize Finalists later on this week, and we are both looking forward to spending the next few days learning about the innovative ways the people of Massachusetts are tackling climate change.”

There were cheers from the more than 1,000 people gathered to see them in City Hall Plaza as they emerged from the building after a meeting with Mayor Wu.

The Prince and Princess stopped to look at frames photographs of the Queen and Duke of Edinburgh with former Mayor of Boston Kevin White taken during a royal visit to mark the American bicentennial in 1976.

The Mayor was joined by her husband Conor Pewarski and their sons Cass and Blaise. Mayor Wu’s team have worked closely with the Earthshot Prize ahead of the Ceremony.

She was elected mayor in 2021, winning with 64% of the vote, becoming the first woman, first person of colour, and first Asian-American elected to serve as the Mayor of Boston.

Her ‘Green New Deal’, which was a major plank of her election campaign, promises to achieve a “net-zero municipal footprint” by 2024, 100% renewable electricity in Boston by 2030, and carbon neutrality by 2040.