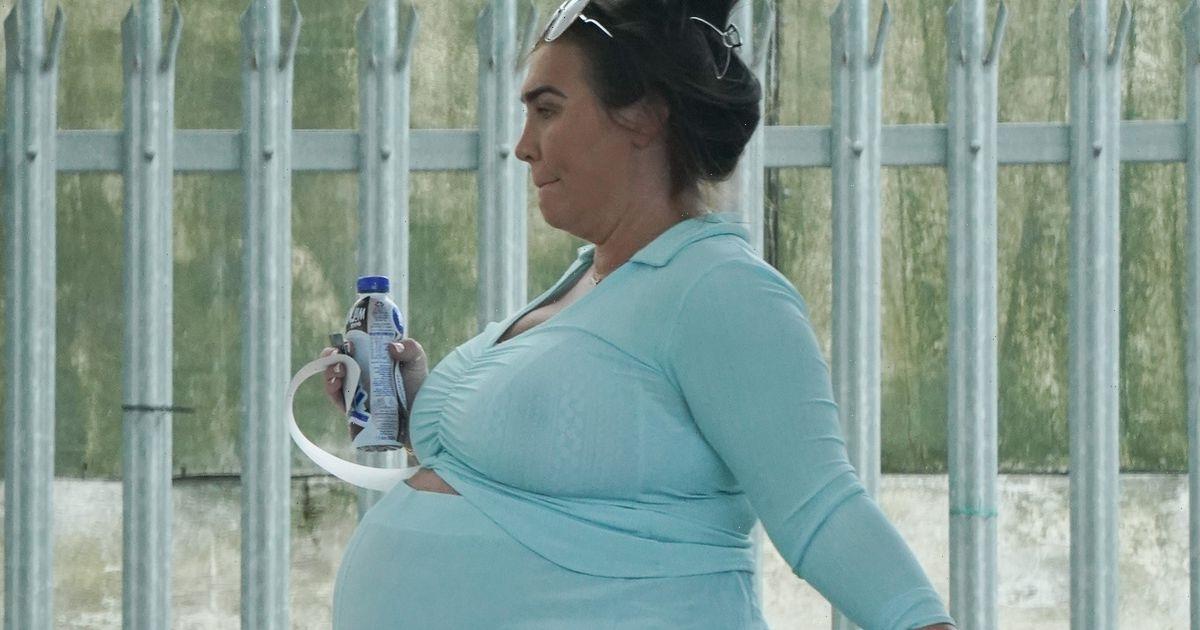 A heavily pregnant Lauren Goodger was spotted out and about looking downcast just days before the death of her ex-boyfriend Jake McLean.

Jake tragically died aged 33 on Sunday after the car he was driving in Turkey plunged off a cliff. He was travelling with his on-off girlfriend, TOWIE star Yazmin Oukhellou, 28, who is currently recovering in hospital.

In the pictures, Lauren can be seen running errands in a sky blue tracksuit that elegantly covered the blossoming baby bump that is carrying her second daughter, due this month.

At one point, Lauren pushed her 11-month-old daughter Larose in her stroller.

The reality TV star is expecting her second child with boyfriend Charles Drury any day now, which will mean when she's born, Lauren will be mother to two children under the age of one.

Whilst Lauren has remained largely silent on Jake's death, she did post a message of condolence to her Instagram story on Monday, writing: "R.I.P Jake. I have no words right now… my thoughts are with your family and friends."

She added a broken heart and angel emoji.

On Monday, Yazmin Oukhello's representative confirmed that she was in a stable condition and recovering in hospital after undergoing surgery.

The statement read: “Yazmin is stable and recovering in hospital after surgery.

“Yazmin and her family have requested privacy at this time. Any updates will be given in due course.” Meanwhile, fellow reality star Georgia Harrison, 28, revealed that she had also had a relationship with businessman Jake, and she took to Instagram to pay tribute to him after his untimely death.

Sharing a slew of cosy photos of the pair, Georgia wrote: "Thankyou for giving me the confidence to love myself, thankyou for always routing for me, thankyou for loving me but most of all thankyou for being my mukka even in my road girl days.

She also revealed on Instagram that Jake had texted her and invited her on the fateful trip, on which he ended up being with Yazmin.