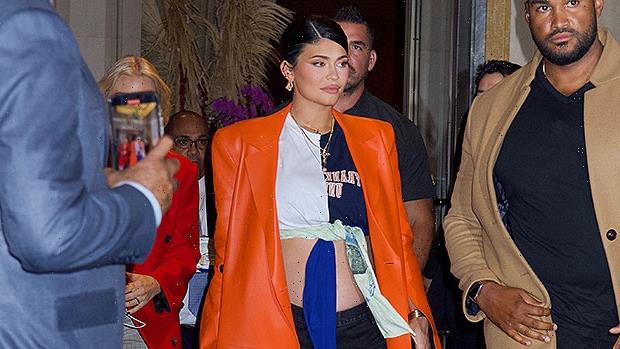 Maternity style goals: Kylie Jenner stepped out in a stylish orange overcoat and crop top while in New York for fashion week.

Kylie Jenner’s maternity style is already on point. The Kylie Cosmetics founder, 24, stepped out in a stylish leather orange overcoat while in New York amid fashion week on Thursday, Sept. 9. She paired it with a white crop top that showed off her bare baby bump and dark denim, accessorizing with pointed orange heels and a Louis Vuitton bag. 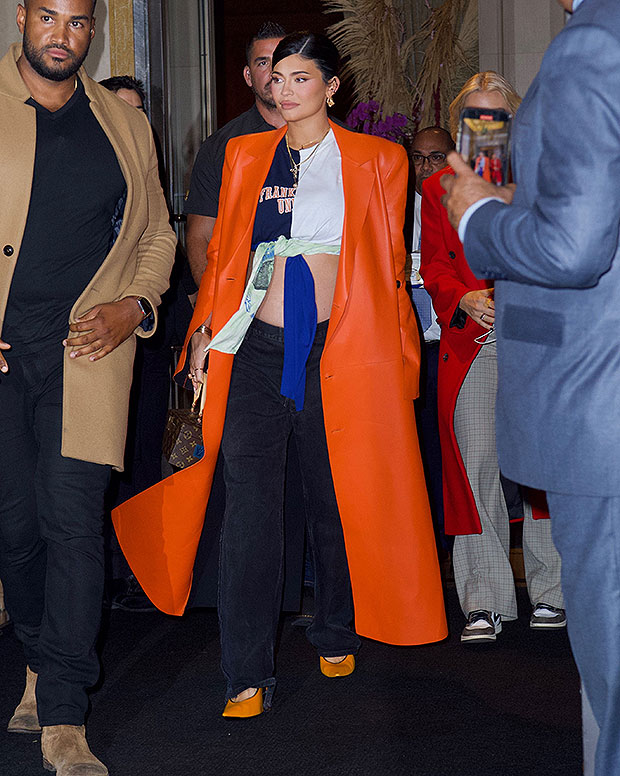 The makeup mogul is expecting her second child with her on-again, off-again partner Travis Scott. (The two are already parents to daughter Stormi Webster, 3.) It’s clear Kylie already has her maternity style figured out, as she was spotted out after dinner at Italian restaurant Carbone on Wednesday in a similarly stylish ensemble: a form-fitting white mini dress and matching overcoat.

That outing was the first time she was spotted out publicly with her growing bump since confirming her second pregnancy earlier this week. After weeks of speculation, Kylie confirmed the reports on Tuesday with a video montage of her pregnancy journey thus far, including taking a pregnancy test and attending ultrasound exams alongside Stormi. She hasn’t confirmed the gender, but fans are already convinced she’ll have a baby boy. 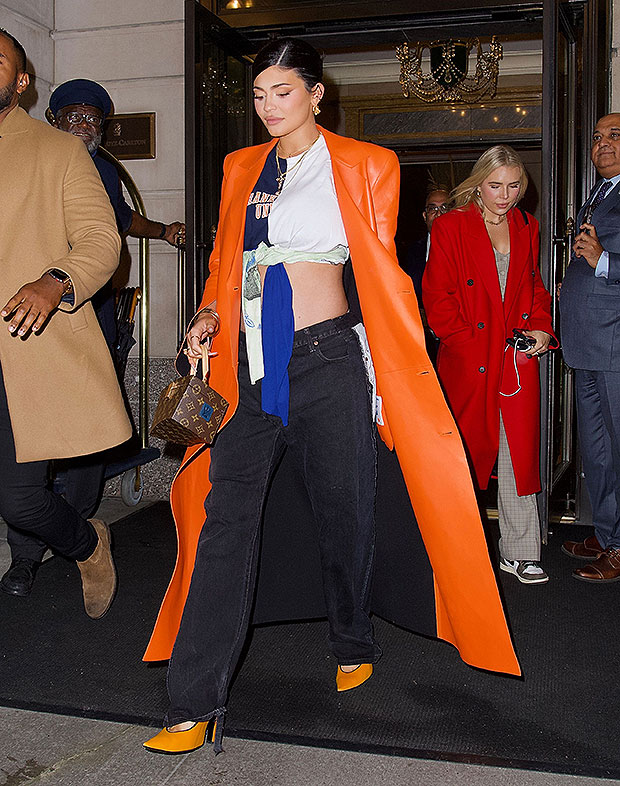 While a second pregnancy points to a possible reconciliation between Kylie and Travis, a source previously told HollywoodLife that the two (who split in 2019) “are not officially back together despite them expecting another baby together.” Still, the two have been planning for a second baby for a while now. “This has been something they have talked about for close to a year if not longer,” our source said. “She’s wanted a second child for forever. It was very important to her that Stormi have a brother or sister.”

The source added that Kylie still has hopes for a future with the rapper. “She has high hopes for a future with him and that he’ll be ready to settle down with her soon,” our source continued. “She really wants a future with him.” Regardless, it’s unclear if Travis is currently in the city with Kylie, but he is a nominee at the upcoming MTV Video Music Awards, set to air live from New York this weekend. It’s also unclear if the two will attend the VMAs, as well as the upcoming Met Gala, together.