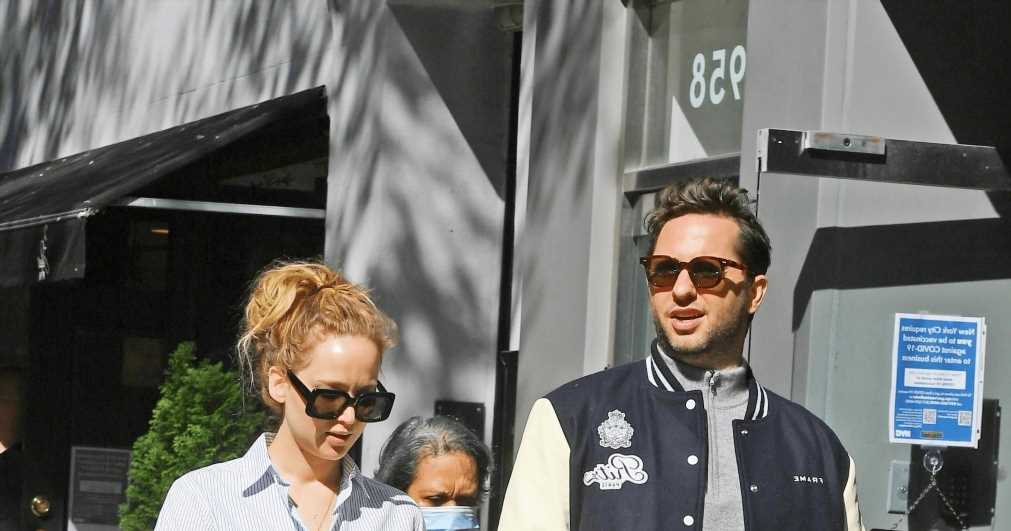 Jennifer Lawrence keeps it cool and comfy as due date approaches

Mom-to-be Jennifer Lawrence showed off her growing baby bump during a lunch outing in New York City this week alongside her pal, editor and writer, Derek Blasberg. Dressed down in a loose-fitting button-down shirt and a white maxi dress that hugged her belly, the actress, 31, looked cool and comfy as the two visited the Mark Hotel on the Big Apple’s Upper East Side. The friendly lunch date — Derek attended Jen and art gallery director Cooke Maroney’s 2019 wedding — comes about a month after her rep confirmed to People that she and Cooke were expecting their first child together. “Jen wanted a family for a long time and found an ideal mate whom she loves, respects and enjoys being around,” a source told the outlet in September. “She loves married life, and they have a solid foundation for a baby. She is very happy and looking forward to being a mom.”

RELATED: See which other stars are expecting babies in 2021

Could Jennifer Lopez and Ben Affleck’s romance be forever this time around? One person who was close to J.Lo during the on-again couple’s first stab at love seems to think so. Rob Shuter represented the singer from 2003 until 2005, years that spanned her engagement to Ben — he popped the question in 2002 — and the pair’s highly publicized split in 2004. In a new interview with the Daily Mail, Rob, who reportedly wrote the couple’s breakup statement way back when, says Ben was already struggling with addiction issues when he and Jennifer first split. According to Rob, Ben’s current sobriety and openness about his alcohol “demons” could allow their relationship to finally bloom the way they clearly hoped it would when they first got engaged. “Ben was the one that got away,” Rob says. “When they broke up his demons were a secret. … Since then, he has been very honest about his struggles and has confronted them. They had the right love at the wrong time. Now is the right time.” The PDA-loving pair went public with their relationship on social media over the summer. They’re currently shooting separate projects in different cities, but are reportedly making time to be together in Los Angeles when they can, with plans to reconnect for the holidays once their schedules slow down.

RELATED: Check out the best celebrity PDA moments of 2021

Beware the ghost in acid-washed jeans! “The Girls Next Door” alum Bridget Marquardt believes the Playboy Mansion, where she lived when she was one of Hugh Hefner’s girlfriends from 2002 until 2009, was haunted. In a recent appearance on the “Dark House” podcast, Bridget recalled hearing doors mysteriously slam or lock and said guests would often share that they felt something strange and off in the “gaming quarters” of the famous home. But she said there was one time she and two other women all reported seeing the same apparition in her bedroom.”My sister, myself and my friend Stacy were all sitting on my bed,” she recalled. “We were talking, having a glass of wine, and the TV was on. All of a sudden, out of the corner of all of our eyes, we saw a woman standing in my closet. Of course when I turned to look at it straight on, it was gone.” She still remembers what the woman looked like, though: “She had black, long kind of stringy hair and she was very pale and very skinny,” Bridget continued. “And she was wearing a white T-shirt that was way too big on her and black acid-wash jeans. She was just standing there … staring.” It seems Bridget thinks she knows who the fashion challenged ghost was, too. “Before I lived in the mansion I was invited to test for Playmate, and I met this woman who was a social secretary at the mansion,” Bridget explained. “She was super friendly. She was kind of like the house mom.” Bridget, who said she’d just gotten a new puppy the day she saw the ghostly figure, added that the secretary “knew about all the pets and she knew about all the girls, she was amazing.” By the time Bridget had moved into the mansion, though, the secretary had apparently died of cancer. “I’m pretty sure it was her who was standing there,” Bridget concluded. “And I think she came to see the new addition to the mansion, the new pet that was there. [My dog] Wednesday.”

RELATED: ‘RHOBH’ stars rock some crazy costumes, plus more stars getting into the Halloween spirit

Cher is suing the widow of her ex-husband and longtime music partner, Sonny Bono, for what could be as much as $1 million in royalties. In the suit, filed in Los Angeles on Oct. 13 and excerpted by NBC News, Cher claims her divorce agreement with Sonny included “an equal division of … community property,” including royalties for Sonny & Cher songs such as “I Got You Babe,” “The Beat Goes On,” and more of their biggest hits. Cher goes on to say Sonny’s death in 1998 should not affect that equal split of property, given the terms of the divorce agreement. In September, however, Mary’s Bono Collection Trust sent Cher a “notice of termination” announcing she would be denied royalties for the many hit songs in question, according to Cher’s filing. The singer was reportedly shocked by the sudden claim after she’d long been “the unchallenged owner of her fifty percent of all musical composition and record royalties,” per court documents. Cher’s reportedly suing for damages her lawyers says are “believed to exceed” $1 million, given the value of the music. Cher and her former Sonny & Cher bandmate were married from 1967 until 1975.

After years of struggling to become parents via surrogate, Lance Bass and his husband Michael Turchin have finally expanded their family — by two! “The baby dragons have arrived!!” Lance shared on Instagram on Oct. 15. “I can not express how much love I feel right now. Thank you for all the kind wishes. It meant a lot,” he continued, adding, “Now, how do you change a diaper??! Ahhhhhhhh!” The former *NSYNC star also shared photos showing the twins — named Alexander James and Violet Betty — were born on Oct. 13. Lance and Michael tied the knot in 2014 and announced they were expecting their first children together in June. 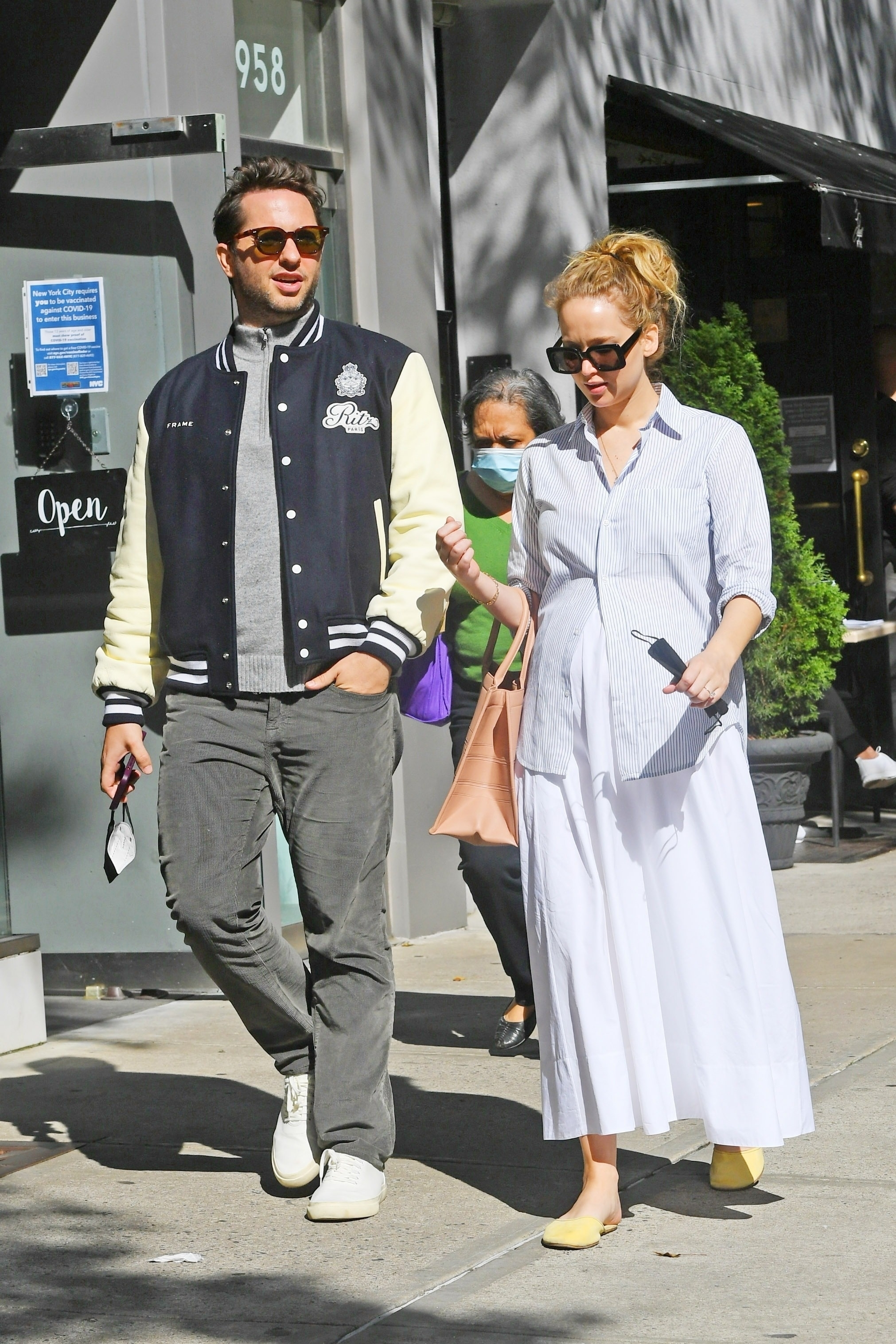 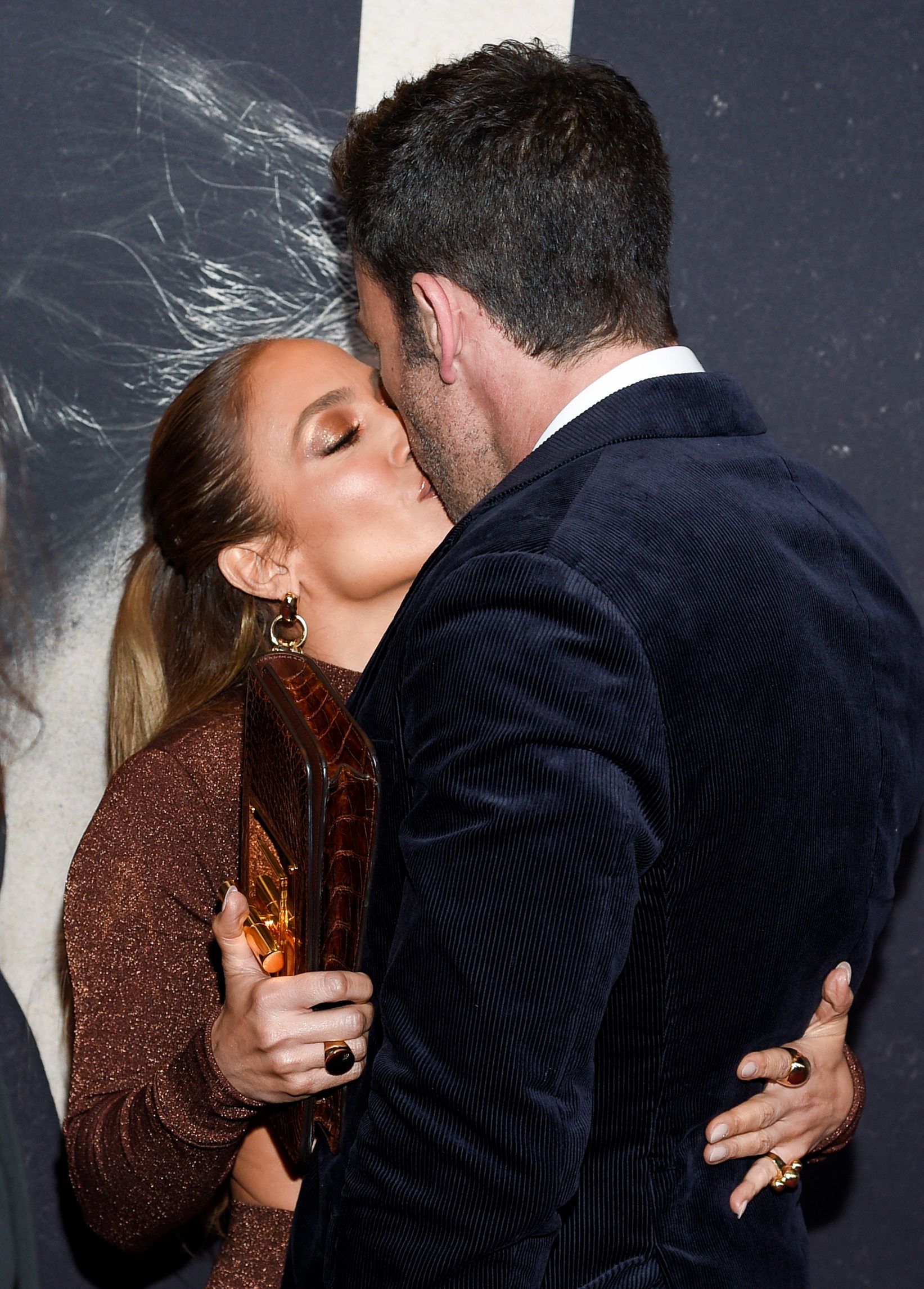 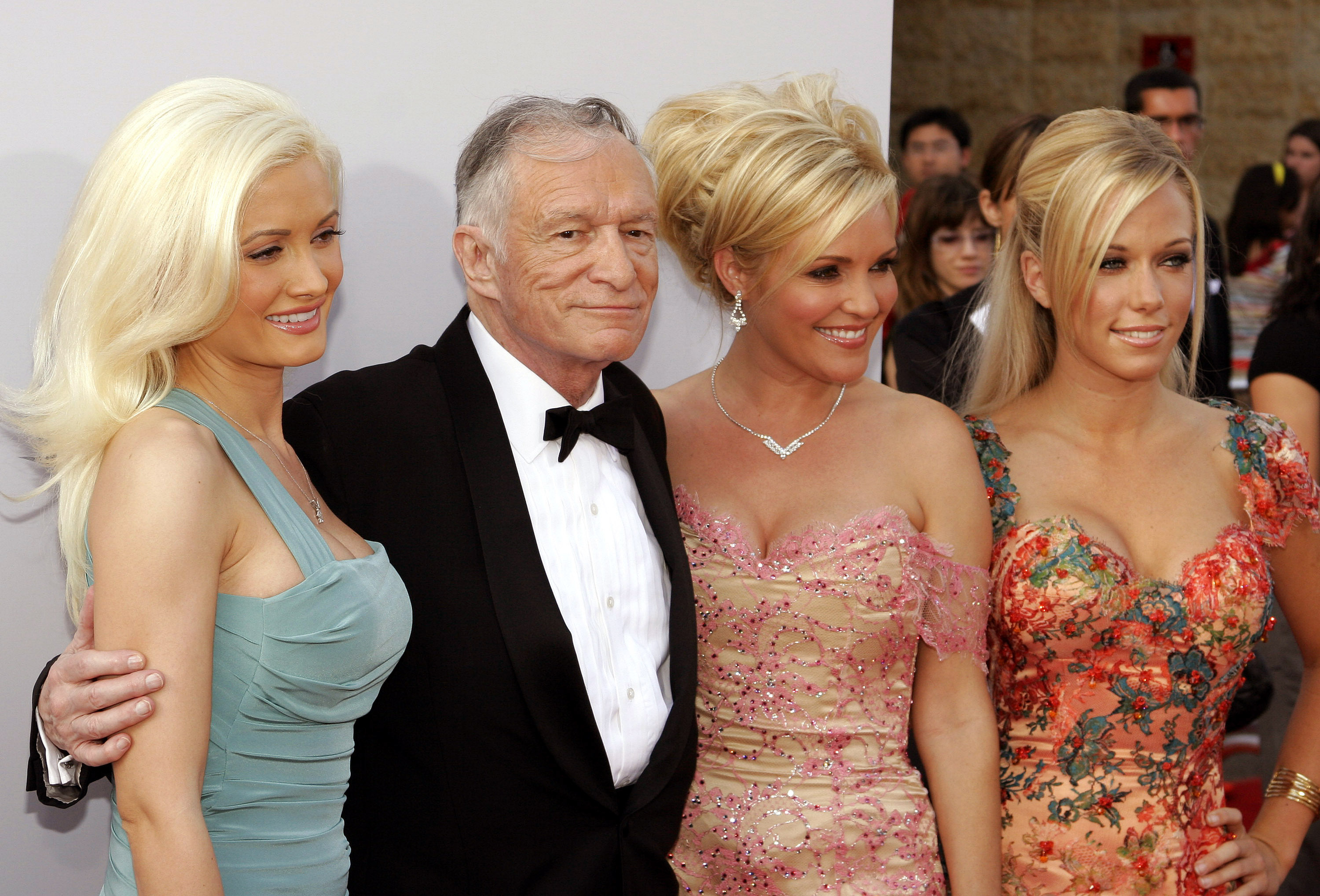 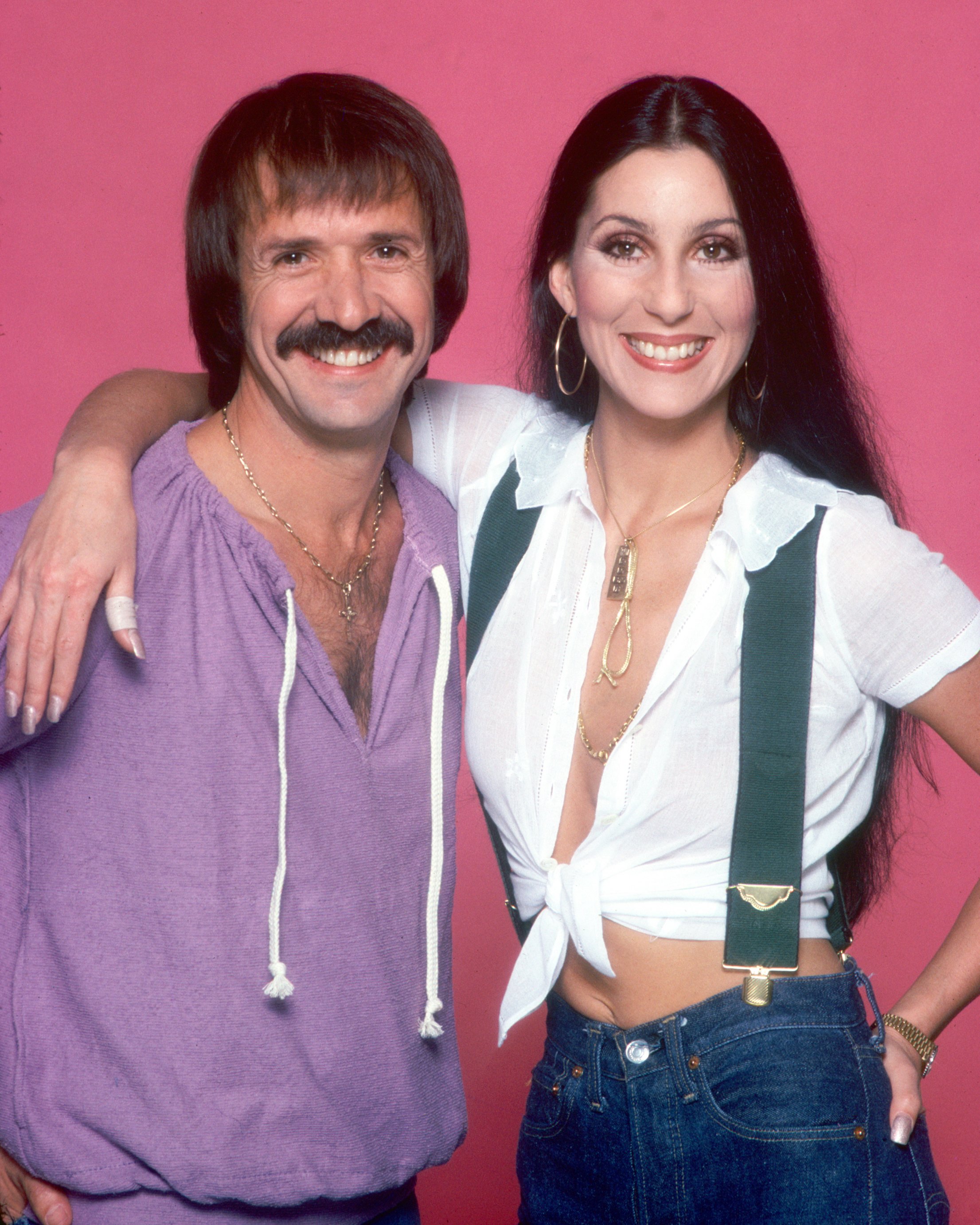 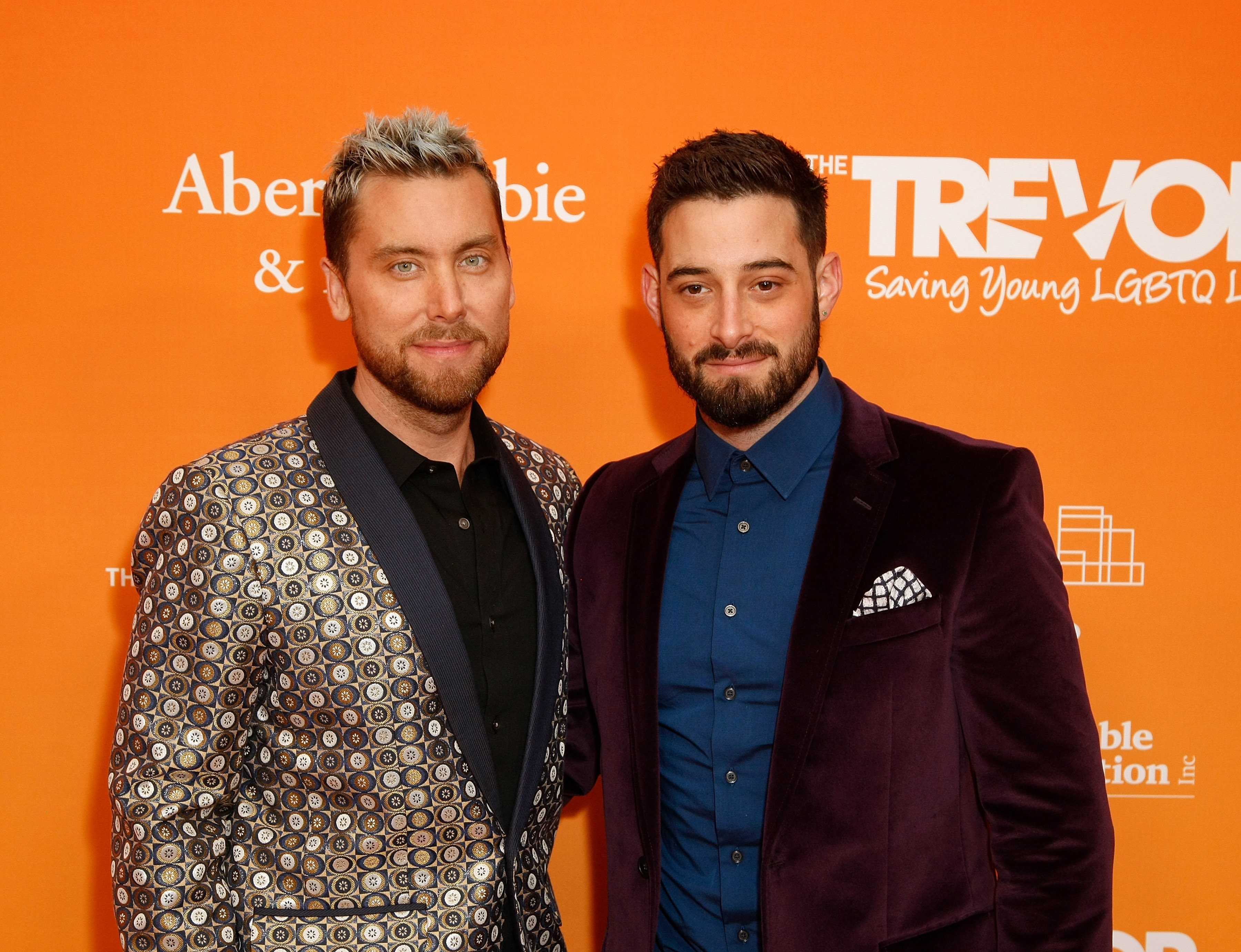 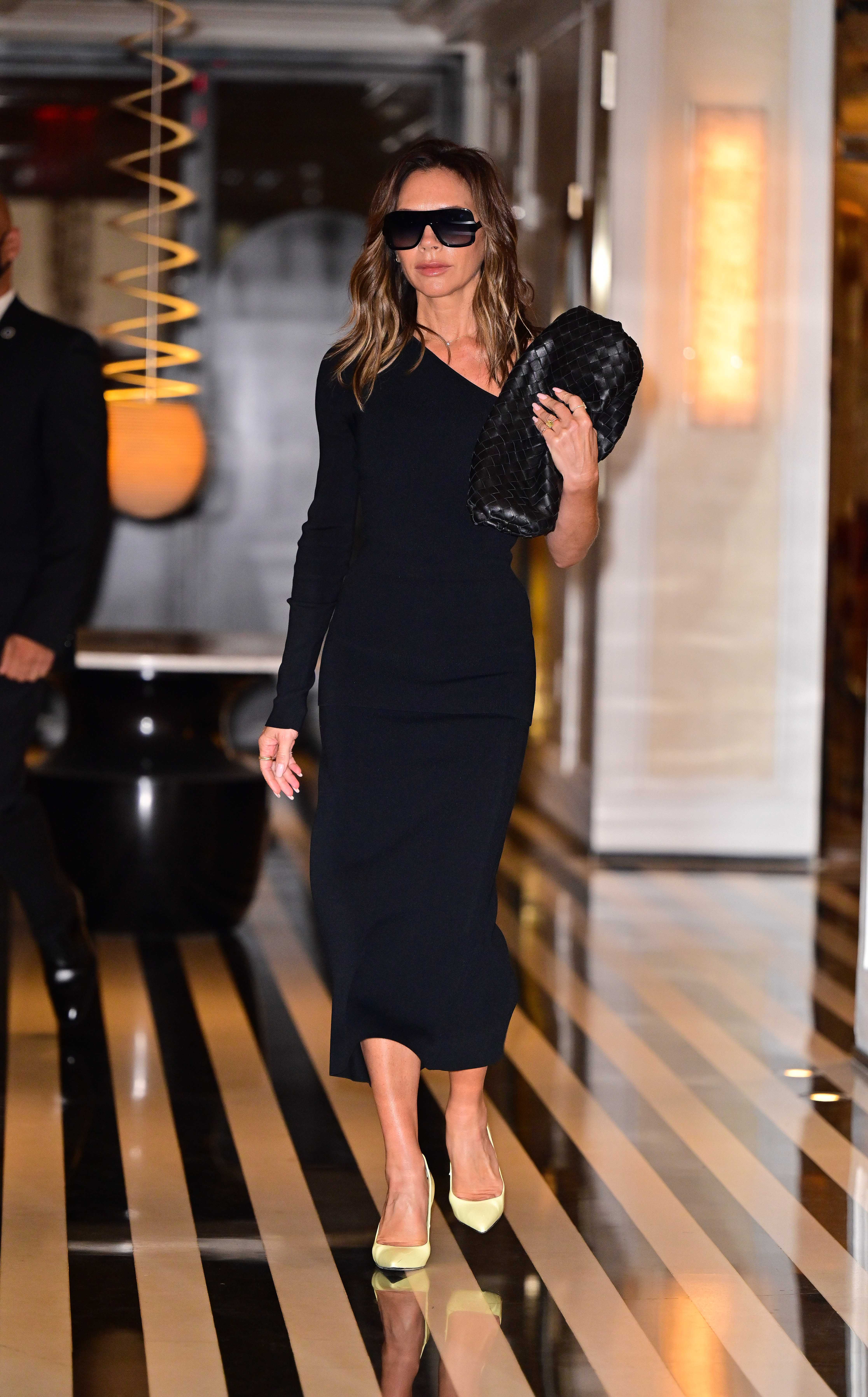