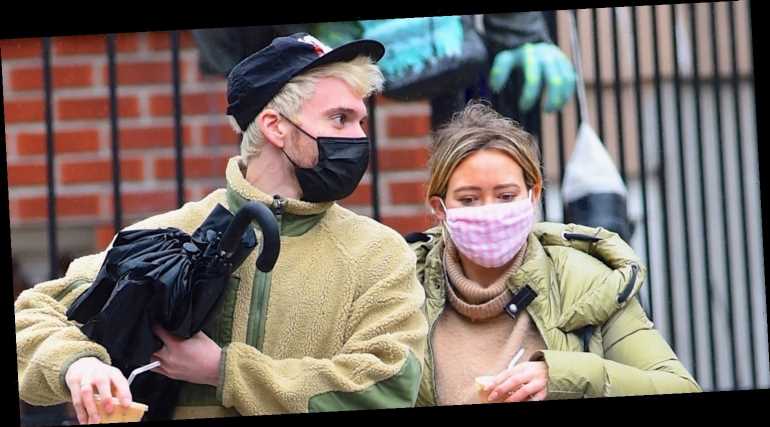 The 33-year-old pregnant actress dressed her growing baby bump in a beige sweater and black leggings while the musician, also 33, showed off his newly bleached blonde hair while going sporty in a blue shorts and gray running leggings for their morning outing.

A few days before, Hilary was spotted filming the new season of her show Younger with co-stars Sutton Foster and Molly Bernard.

Just a few weeks ago, Hilary announced that she and Matt are expecting their second child together! The two are already parents to 2-year-old daughter Banks. Hilary also shares 8-year-old son Luca with ex-husband Mike Comrie.

If you missed it, Matt recently got Hilary‘s named tattooed on him in a very interesting place!