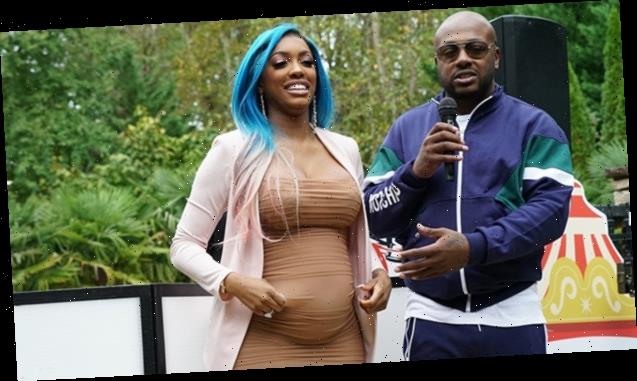 ‘RHOA’ star, Porsha Williams, is continuing to fuel speculation that she split from her husband, Dennis McKinley, with a very cryptic quote on Instagram.

Fans are even more convinced that Porsha Williams broke up with Dennis McKinley after the pair’s social media activity on Aug. 18. It started when Dennis posted a now-deleted image of Porsha with the caption, “Somebody go to P page and tell her, ‘I ain’t ever leaving my b***h, she’s a dime, why would I switch out for a dime for a penny?”” It seems Porsha caught wind of her man’s message, because she then shared a cryptic quote on her own page.

“She was a savage, a f***ing brute, unafraid to fight for what she wanted, brave enough to go to war for what she deserved,” the quote read. Porsha captioned the message with a ‘crown’ emoji. She didn’t expand on what she was referring to, but fans began flooding the comments section with messages of encouragement for the reality star.

Rumors that Porsha and Dennis, who share a one-year-old daughter, Pilar,  had broken up began earlier this month. It all started when she unfollowed him on Instagram, and then deleted several photos of them together on her page. This is not the first time that these two have had trouble in paradise, though.

Just a few months after Pilar’s birth in 2019, Porsha and Dennis split for several months. They got back together by the end of the year, and Porsha confirmed that they were re-engaged in December. In 2020, the pair’s struggles were documented on The Real Housewives of Atlanta, and it was confirmed that Dennis had cheated on Porsha. His infidelity took a huge toll on the pair’s relationship, and they went to therapy on the show to work on their issues.

Things were going well for Porsha and Dennis earlier this summer, which they proved by attending a protest for George Floyd together in June. Dennis proudly documented Porsha’s activism during the protest. It’s unclear when things started to fall apart, or what caused the most recent apparent issues.

Porsha was previously married to Kordell Stewart, who she wed in 2011. The two split in 2013 when Kordell filed for divorce, which Porsha was admittedly “blindsided” by. Porsha announced that she was pregnant in Sept. 2018, and confirmed her engagement to Dennis just weeks later. They were expected to get married in 2020, but it’s unclear if the coronavirus pandemic, as well as possible marital issues, have changed those plans.