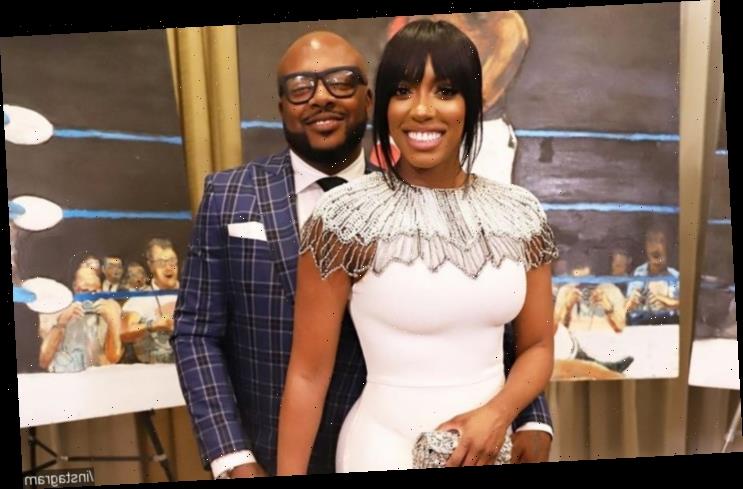 The ‘Real Housewives of Atlanta’ star says she has ‘been single’ after an Instagram follower asks her, ‘Sometimes she wears the ring sometimes she doesn’t…. She still with dennis?’

AceShowbiz -Rumors of Porsha Williams and Dennis McKinley‘s split are true. Days after the engaged couple reportedly parted ways, the reality TV star confirmed the speculation via an Instagram comment posted over the weekend.

It all started after Porsha posted on the photo-sharing site a snap of her posing in a white crop top and a black skirt to promote a hair product. Instead of her gorgeous look, one follower was more interested in her hands as s/he commented, “Sometimes she wears the ring sometimes she doesn’t…. She still with dennis?”

The said follower’s comment got noticed by “The Real Housewives of Atlanta” star herself, who replied, “Been single.”

Days ago, a source alleged that Porsha and Dennis “very quietly broke up awhile ago,” before adding, “They’ve been off and on for quite some time now and are trying to work things out. They have a baby together which is why they’re still trying.”

Further adding fuel to the rumors, Porsha and Dennis attended Cynthia Bailey and Mike Hill‘s nuptials separately. HollywoodLife.com alleged that the mother of Pilar Jhena arrived with her friend Shamea Morton and “she left at the very beginning of the party with the same girls she arrived with.”

For the ceremony, Porsha rocked a black strapless gown designed by Ese Grembowski and had her hair styled in vintage curls to further add glamor in her appearance.

Meanwhile, during the nuptials itself, it’s reported that all of “RHOA” stars were there except for Tanya Sam. “The party went until the venue shut down. A lot of guests had trouble leaving because Ubers kept cancelling,” a source said. “It was a beautiful night. People kept saying their feet hurt because there was nowhere to sit and there were so many stations due to social distancing guidelines.”