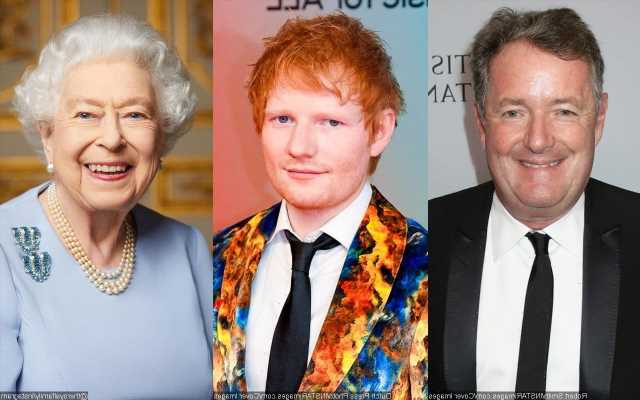 For nearly an hour, the British TV personality’s account spewed a series of offensive comments on the Grammy-winning musician and the late monarch before it was shut down and wiped clean.

AceShowbiz –Piers Morgan‘s Twitter account was seemingly hacked overnight. For nearly an hour, the British TV personality’s account spewed a series of offensive comments on Ed Sheeran and late Queen Elizabeth II before it was shut down and wiped clean.

Making use of the official account of his TalkTV show “Piers Morgan Uncensored“, Piers clarified that his account was hacked. “In case you were wondering, @piersmorgan has been hacked,” the account shared on Tuesday, December 27 alongside a screenshot of Piers’ now-blank profile. Twitter also has deleted all posts that Piers has shared with his 8.3 million followers since he joined the platform in November 2010.

The account later asked for help from Elon Musk. “Any chance of getting him back, @elonmusk?” it wrote, tagging the new CEO of the blue bird app. 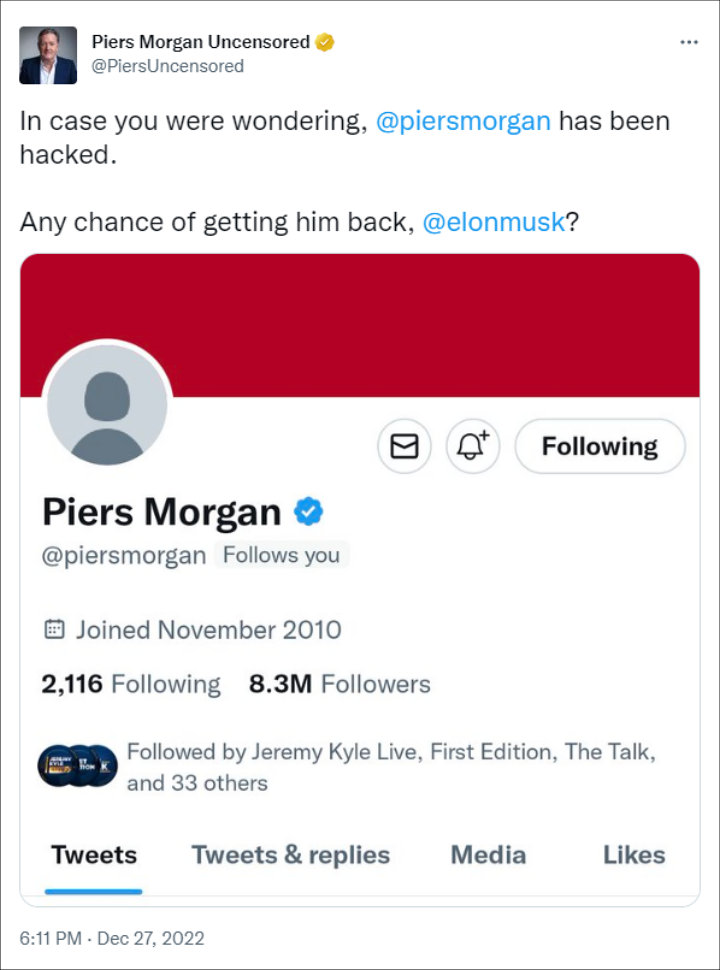 The clarification arrived after the former “Good Morning Britain” anchor’s account sent out a series of false information, racial slurs and abusive messages directed at the late Queen and Ed on late Monday. In one post, the account tweeted, “F**k the Queen,” while one other labeled the Grammy-winning singer a “ginger f**ker.”

In one other post, meanwhile, the account falsely announced that Andrew Tate had been shot dead in Dubai. The hacker also changed Piers’ name to some offensive monikers multiple times.

It’s currently unknown who is responsible for the hack, but initially the Chuckling Squad group appears to have claimed that it was their doing. Prior to this, the hacker group claimed responsibility for taking over famous social media profiles.

Piers’ Twitter hack came after the account of the U.K. education secretary, Gillian Keegan, appeared to be hacked on Christmas Day. Her account was used to advertise cryptocurrencies with her profile picture being replaced with an image of Elon.