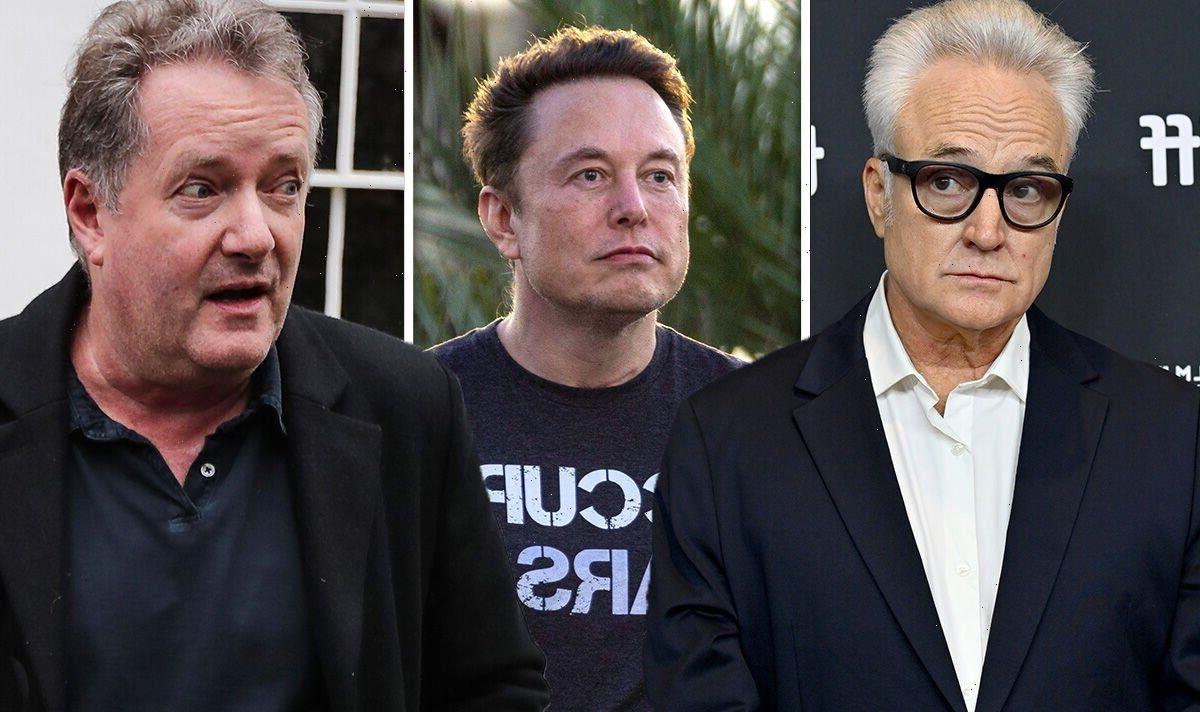 Elon Musk to go ahead with purchase of Twitter

Piers Morgan, 57, has hit out at renowned actor Bradley Whitford, 63, on Twitter after the actor warned that Elon Musk, 51, taking over the platform will be a “recipe for disaster”. In retaliation Piers, who is a self-professed fan of Elon, retaliated by calling The West Wing star a “big baby”.

Elon completed his $44bn (£37.9bn) takeover of Twitter on Friday, renaming himself as “Chief Twit” on his profile.

The billionaire’s purchase of the site has been controversial, leaving many worrying about the changes he plans to make to the social media platform.

This morning, Bradley took to Twitter to warn about the takeover in view of his 480,700 followers.

“Entitled batsh*t billionaires in charge of the public square is the opposite of freedom and a recipe for disaster,” he wrote.

This evening, Piers, who only recently defended Elon, decided to hit back at the actor in front of his 7.9 million followers.

Piers wrote: “As opposed to entitled batsh*t actors who – unlike @elonmusk – think any views that challenge their own woke-ravaged self-righteous rantings warrant instant cancellation?

“Put your rattle back in your illiberal stroller, you big baby,” he added.

In his article, the former Good Morning Britain presenter argued that there had been a “ridiculous overreaction” to Elon taking over Twitter.

He also claimed that the uproar had “exposed a lot of the very issues that the Tesla and SpaceX genius has identified and wants to resolve.”

“Most notable is the resolute refusal of many on the left to even countenance being confronted with contrary opinions without wanting to shame, vilify and cancel those who express them,” he wrote.

Piers continued: “For all its faults, though, I love Twitter. It’s an unparalleled source of news and commentary, and if you like a good argument as much as I do, it’s debate Utopia.

“But there are way too many anonymous bots manipulating political conversation and thus possibly voting preferences, and too many tweets espousing racism, harassment or death threats.

“Musk knows this and wants to fix it. He’s made it clear he doesn’t want his site to be deliberately misused to fix elections or promote violence and hateful bigotry,” Piers added in his latest article for the New York Post.

He accepted the deal a couple of weeks later on April 25, but by July 8 he was keen to do a U-turn, claiming he wanted to back out.

However, despite the uncertainty over the last few months he has become the owner of the site as of October 27.

Piers told his followers he plans to discuss Elon in tonight’s episode of Piers Morgan Uncensored on TalkTV.

Caitlyn Jenner will be sitting down for an interview with a journalist, with Piers promising talk of “Elon Musk, Twitter, freedom of speech and more”.