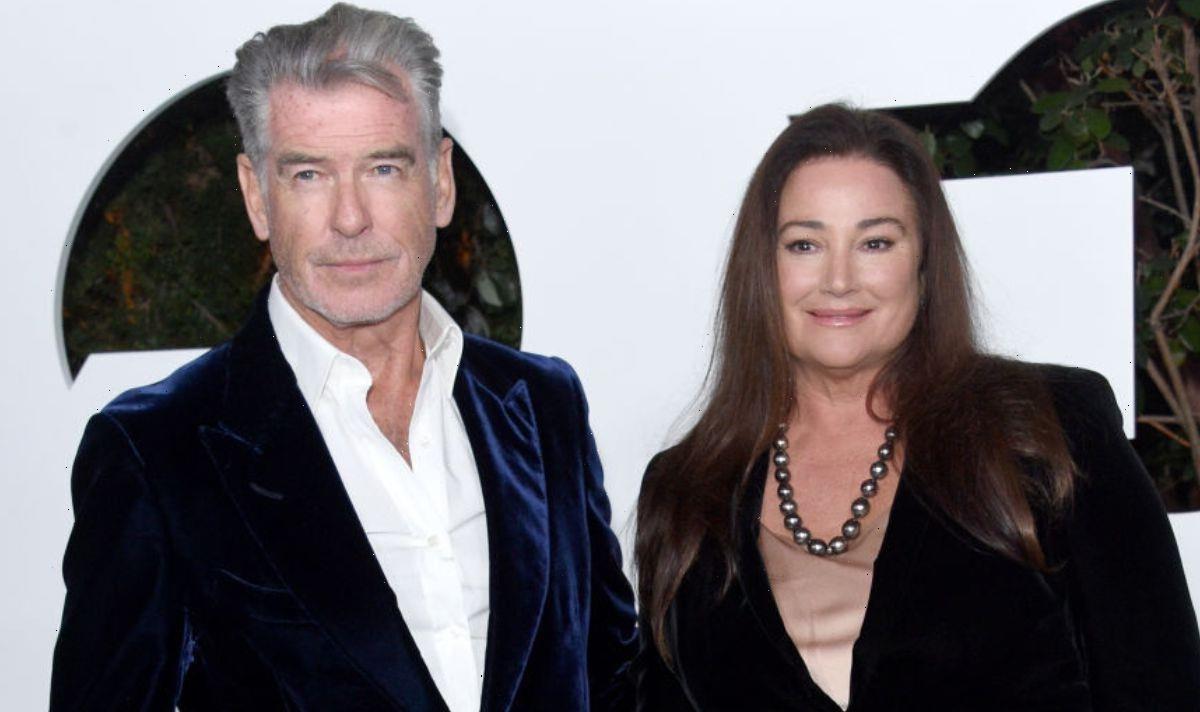 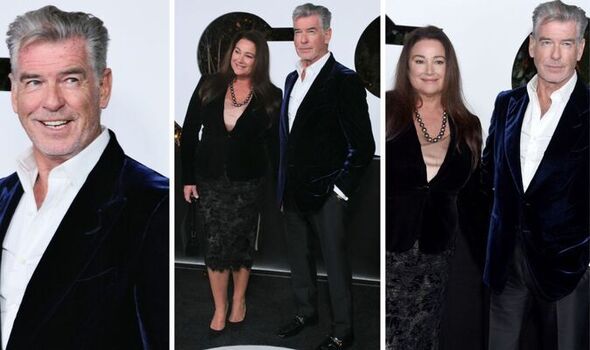 Clutching the hand of his beloved wife Keely, to whom he has been married for more than two decades, Pierce Brosnan reminded the world why he was so magnetising back in his James Bond days – and his signature looks have scarcely faded since

Pierce Brosnan might be 69, but the stunning good looks that helped him land the role of James Bond in no fewer than four movies are still as noticeable as ever.

The acting star, who welcomed his fourth grandchild this week, stepped out on the red carpet with wife of 21 years Keely Shaye, while modelling his natural salt and pepper hair.

He looked dapper in a deep blue velvet tuxedo blazer, paired with black trousers and shiny, chic loafers for a touch of masculine elegance.

Meanwhile, the star’s beloved wife Keely stood by his side and matched the theme in a black velvet blazer, accompanied by a black floral lace skirt and a champagne satin top.

This week, a proud Brosnan shared the first snaps of his newborn grandson Jaxxon, after son Sean and his wife Sanja welcomed the adorable new arrival last weekend.

Pierce Brosnan is a fan of his signature blue velvet blazer

Pierce Brosnan adores this chic velour outfit so much that he’s been on the red carpet in it multiple times – including for the premiere of his DC action movie Black Adam last month.

Following the death of his first wife, Cassandra, who tragically suffered ovarian cancer, Pierce Brosnan found love again with Keely, and their bond has endured for over two decades of marriage.

In a recent interview, Pierce Brosnan told the world he had worn his real wedding ring throughout the movie, for the first time ever, as he continues to celebrate his romance with Keely.

Pierce Brosnan couldn’t wait to share the good news with his 1,8 million followers, sharing an adorable snap of his grandson’s first hours of life publicly on Instagram.

Two of Pierce Brosnan’s older grandkids call his adopted daughter Charlotte mum, while his biological son Sean previously welcomed a daughter, Marley May – and little Jaxxon makes four. The actor has scarcely been able to contain his pride discussing the bundles of joy on TV, and has even suggested that the bond between grandfather and grandchild can, at times, be stronger than the one between parent and child.

Pierce Brosnan back in his Bond days

Pierce Brosnan has played James Bond in the iconic movies Die Another Day, Golden Eye, Tomorrow Never Dies and The World Is Not Enough – and he is still remembered for the roles to this day.