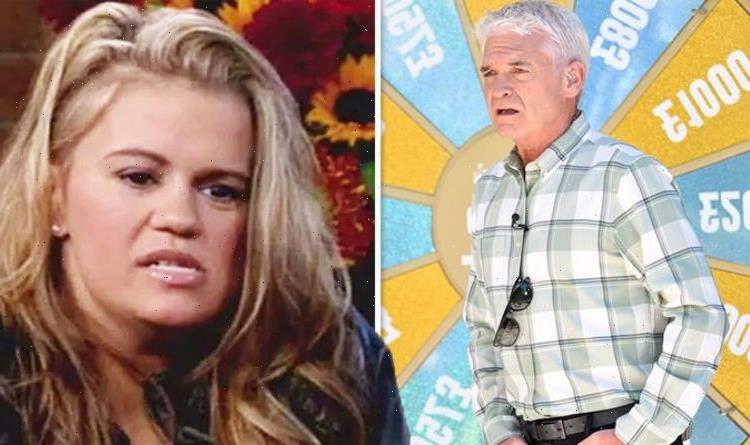 Kerry Katona, 40, has hit out at Phillip Schofield, 59, over his line of questioning on This Morning during her car crash interview in 2008. The former Atomic Kitten star has now admitted the TV appearance, which aired 13 years ago, left her feeling suicidal.

Kerry appeared to slur her words during the interview, which then sparked claims she was intoxicated at the time.

However, Kerry has denied the claims, saying it was her bipolar medication that caused changes to her speech.

The singer recently slammed Phillip and his co-star Fern Britton, who hosted This Morning with him at the time, as they “never once asked” about her mental health during the chat and instead quizzed her about alcohol and drugs.

Although Kerry insisted she and Phillip now “get on great,” she didn’t hold back while sharing her shock over the presenter’s choice of questions.

She explained during an appearance on Marnie’s Home Truth’s Podcast: “Never once did they say to me, ‘Oh, oh right – what’s bipolar and what’s the medication you’re taking?’ I didn’t get any of that.”

Kerry went on to detail the impact the speculation surrounding the interview had on her mental health.

The star admitted the aftermath of the chat was “just awful” to cope with.

She divulged: “Next day, front page of the papers, ‘Sherry Kerry’, ‘Merry Kerry’.

“It was just awful. I was suicidal. I wanted to die, I wanted to kill myself. It was everywhere.”

“I was never a really big drinker if I’m brutally honest. It was always the drugs for me.”

Kerry also said she had “no reason to lie” about whether she had been using drugs or drinking.

“I’ve got no reason to lie that that wasn’t drugs – if it was, why would I say it wasn’t?

“It was pure bipolar medication,” the television personality insisted.

Kerry went on to point out that there was less awareness around mental health conditions at the time.

She continued: “Now I never told anybody I had bipolar. I was diagnosed in 2005. My psychiatrist said to me, ‘Don’t tell the public you’ve got mental health issues because they won’t understand it’.

“So if I was on This Morning slurring, and I was in a wheelchair, for instance, if I’m in a wheelchair slurring and I’ve got three degree burns on my face, you can physically see there’s something wrong with me.

Kerry added: “I think we’ve all learnt a lot with regards to mental health. A hell of a lot. But even up until last year, that interview stuck with me.”

Express.co.uk has contacted a representative for ITV and Phillip for comment.

Alternatively, you can find more information on the Samaritans website here.