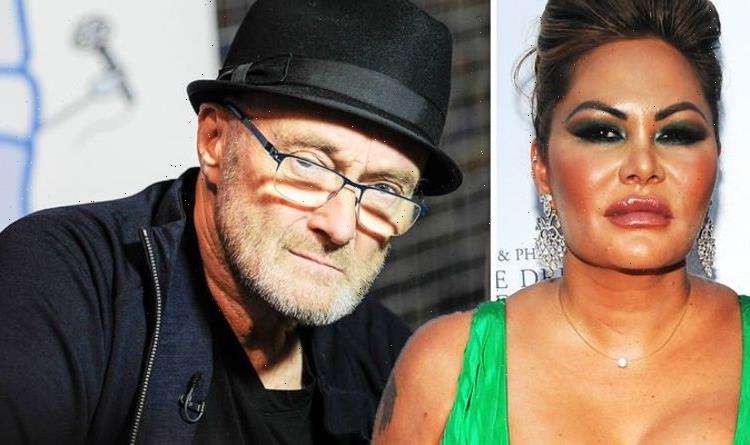 Phil Collins admits he can 'barely hold a drumstick'

British singer Phil Collins is set to go under oath to answer questions over claims that he refused to shower or brush his teeth for a year. The Genesis star, 70, denies the accusations made by his ex-wife Orianne Bates, 47, who is suing the drummer for 50 per cent of the Miami beach house they lived in together.

I anticipate his deposition sometime in December after his tour

The Against All Odds hitmaker will be questioned by his former spouse’s lawyers in a filmed deposition.

The singer had asked for the deposition to be thrown out, but his request was rejected by a judge in Los Angeles this week.

Orianne is suing the singer for half of their Miami-based home they once shared together.

Her lawyer Richard Wolfe said: “I anticipate his deposition sometime in December after his tour.”

The jewellery designer shares two sons, Nicholas and Matthew, with the singer.

Orianne claims that during their marriage the singer abused alcohol and prescription medication.

She also claims that the Do You Remember? hitmaker stopped showering and brushing his teeth.

The Swiss native added that Phil became “depressed, abusive and incapable of having sex”.

Responding to the claims, the singer’s lawyers branded them “scandalous, scurrilous, unethical and, for the most part, patently false or grossly exaggerated”.

Regarding her claims to half of the house, they said her remarks were “totally immaterial”.

Orianne and Phil divorced in 2008 after nine years of marriage and the former was reportedly awarded a £25 million settlement.

They went on to reunite in 2015 before she split with Phil for good and went on to marry Thomas.

In January it was reported that the singer was planning to sell the $40 million beach house after kicking his ex-wife out.

Orianne had been living there with Thomas, but she agreed to leave after being handed a court mandate.

Phil insisted that she had no right to the property.

His attorney, Jeffrey Fisher, told the Mirror: “Mr and Mrs Bates’ plan to hold Phil Collins’ house as hostage to leverage a settlement during a protracted court case was upended by the new judge’s bold decision to complete the injunction hearing next week.

“With the delay tactic failing, they agreed to vacate by mid-January and to allow Phil’s realtor to market and sell the property between now and the date they leave.

“Mrs Bates’ lawsuit claiming a 50 per cent interest in the house based upon an alleged oral agreement will continue, but we have no doubt that it too will come to a quick and conclusive end once the judge hears the true facts about what occurred.”

Orianne had claimed that the Miami house was just as much hers as it was his, despite the fact that they’d divorced and she had remarried.