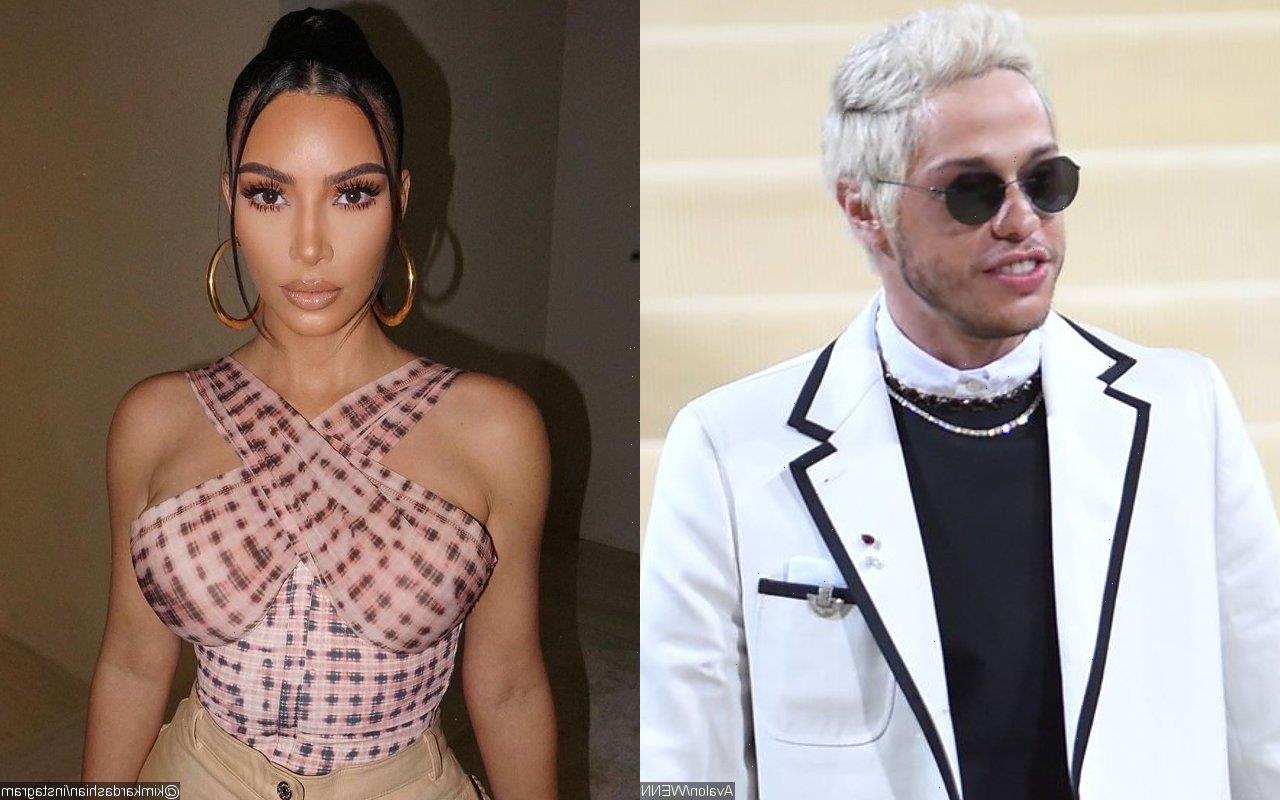 For the soiree taking place at Kris’ Palm Springs home, the ‘Saturday Night Live’ star and the ‘Keeping Up with the Kardashians’ alum are twinning in her SKIMS pajamas.

AceShowbiz –Pete Davidson and Kim Kardashian continue to hang out together amid rumors of their relationship. The alleged couple spent time together on his birthday, which happened to be on Tuesday, November 16.

The comedian apparently celebrated his 28th birthday at Kris Jenner‘s Palm Springs home. The alleged couple was twinning in plaid pajamas from her SKIMS line during the soiree, which was also attended by Flavor Fav.

On Wednesday, the Public Enemy member shared photos from the celebration. In one picture, the 62-year-old rapper posed together with the birthday boy who flashed his middle finger while sitting on a couch, Kim who sat close to him and her momager, who also wore SKIMS plaid pajamas. “celebrating my adopted son Pete Davidson’s birthday wit the legendz @kimkardashian and @krisjenner,” Flavor captioned the post.

In another image, Pete rocked a chain necklace with a huge clock pendant, which was apparently gifted by the rapper. The “Flavor of Love” star added, “Pete,,, I never took a clock off my neck to give to someone and you will be the last person I do this for,,, it lookz real good on you,,,, happy birthday,,,,.” 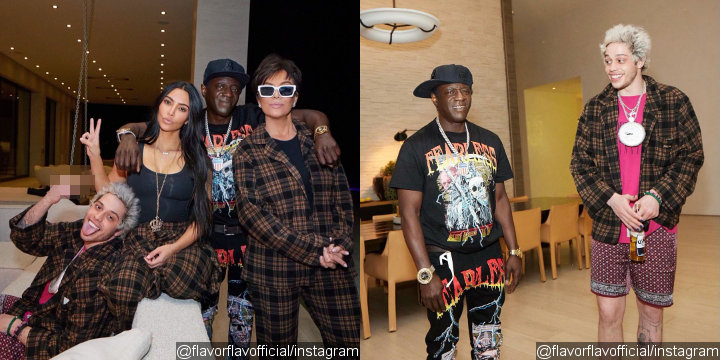 Pete and Kim first sparked dating rumors after they were spotted holding hands on a rollercoaster ride during a trip to Knott’s Scary Farm in Buena Park, California on October 29. The unlikely couple shared a lingering kiss during Kim’s hosting debut on “Saturday Night Live” earlier that month.

While it was initially said that they were just “friends hanging out” in the same circle, they fueled the dating speculation as they reportedly had dinner dates during the reality TV star’s stay in New York City last week. “The King of Staten Island” actor reportedly arranged a private dinner on the rooftop of Campania’s in Staten Island on November 1. The next day, they met up again at Manhattan private members’ club Zero Bond, but this time they were joined by friends, including Kim’s longtime pal Jonathan Cheban.

Neither Pete nor Kim has confirmed that they’re an item, but the former recently toyed with the dating speculation when appearing on “Late Night with Seth Meyers“. “I’ve been wanting to talk about this because there’s a lot of people I walk by, people are like whispering and making eyes at me. But it is true,” he said on the show on November 8, before revealing that he was actually talking about his upcoming project, an animated show called “The Freak Brothers“.

He quickly added, “I do have a show on Tubi coming out.” He went on joking, “A lot of people are shocked I could get on a show like Tubi. It’s a real thing.”